The 2014 British Fashion Awards were held on Monday the 1st of December at The London Coliseum. Hosted by Jack Whitehall, the ceremony evening saw the very best of fashion industries all over the world. The red carpet was liberally sprinkled with over 12kg of loose Swarovski crystals to accommodate the glamourous line up of guest stars and presenters, including Rihanna, Kate Moss, Victoria and David Beckham, Naomi Campbell, Cara Delevingne and Anna Wintour OBE. The British Fashion Awards 2014 was sponsored by Canon, MAC, Toni & Guy and Vodafone.

Model of the year: Cara Delevingne

Cara Delevingne was named Model of the year, an award which was presented by the Victoria’s Secret Angels Karlie Kloss and Joan Smalls, her older sister Poppy also joined the stage reading out an emotional and touching tribute calling Cara “the brightest star in the Galaxy”. 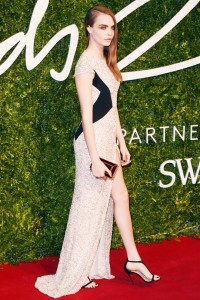 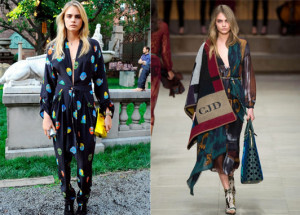 Brand of the Year: Victoria Beckham

Victoria Beckham, the successful fashion designer was named brand of the year. Fresh from opening a new store on Dover street Victoria was supported at the event by her husband David. When receiving her award Victoria couldn’t contain her emotion and cried as she thanked her husband, business partner and fellow former Spice Girls for supporting her to pursue her fashion dream following the band’s split. 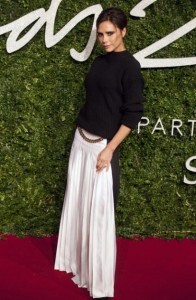 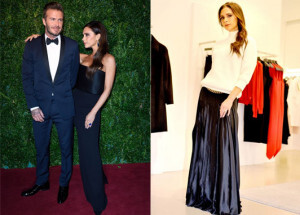 The most respected woman in fashion received the Outstanding Achievement Award for her  tremendous contribution to the fashion industry. This came after Anna hosted her 16th Met Gala which raised $12 million for the museum in one evening and for her successful career as the editor-in-chief of Vogue. Julio Galliano presented her with the award and paid tribute to her loyalty and her support calling her “so supportive through my highs and lows”. 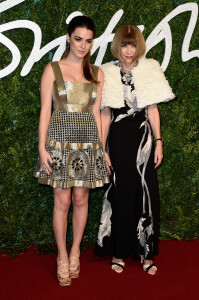 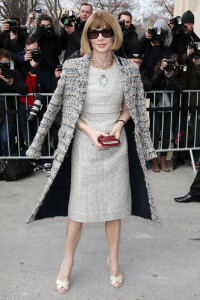 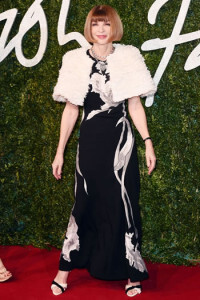