Candy Girl is not candy anymore! She has officially joined the darker side on the latest
shoot for Mess Magazine and this is definitely not one-day change! She has prominently
changed her fashion and music style. Her new album influenced by David Lynch inspired
us to give her a chance to show off her darkest dreams and become whoever she wants.
Dark Diva, Psycho Queen or Snow White? Choose by yourself and let your world become
dark and Candy! 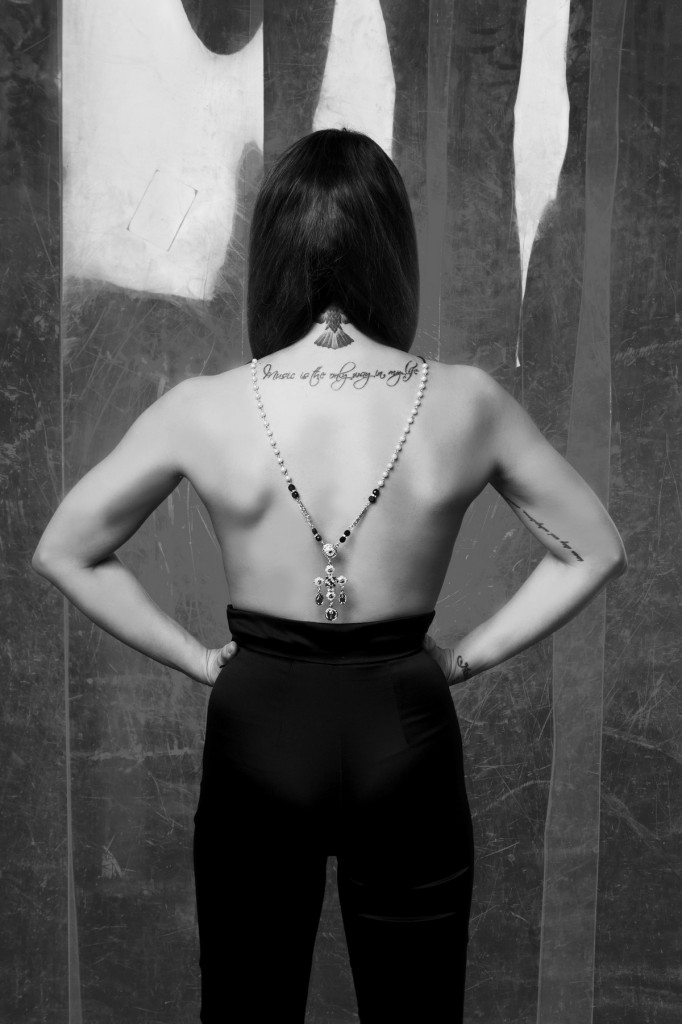 There are many kinds of candys. There are those that we all know, and those we hide
deep inside. The latter don’t often have a chance to go out into the daylight. But yes it’s
still candy.

In Mess Magazine’s shoot you’ve played 4 dark characters, posing with different make-up
and hair.
Which character appeared to be more like you? Did you feel authentic in playing these
character?

I treated it as an opportunity to be someone else for a while. I never looked like any of
these characters so it was fun to be a little different than usual. I can’t imagine turn my
blonde hair color on any of these that we use on the shoot. I really like my innocent look.
Wig with long black hair was my favorite. I think this one appeared more like me.
If you could describe a thing or a person that inspired you to make new album it would
be…
For sure it would be David Lynch, but it all realy started at Sonar Festival in Barcelona

Why David Lynch became such a huge inspiration for you that you’ve decided to make an
album dedicated to him?

I am a huge fan od Davd Lynch. I love his movies and music. He is incredybly inspiring
person. When I saw his movie very first time I thought that this guy is something. Then I
discovered his music and I thought this man is simply amazing. I don’t want to dedicate
my new album to David Lynch. He is just like another good inspiration for my music. The
album I recording is for my fans.
Your music’s style is evolving all the time. What type of songs we’ll be able to listen to on
new album?

Electronic, blues tracks rather than smash summer hits?
My new album is totally different. Everything started at the Sonar festival in Barcelona. I
can tell that this festival totally changed my mind and thinking about the music.
It was an amazing experience. I realized that making and playing music live turns me
more than playing with the Dj and dancers on the stage. I think it’s time to go to the next
level for me. Summer hits are boring, they are all about the same. I did a few and it’s
enough. I’m not a party girl any more. I prefer to go to a good concert or foreing festival
and that’s it. I draw out there a lot of inspiration from people, their culture and love of
music.
Who influenced you and your career the most?

It’s me myself and I. Everything depends on me.
When it comes to fashion, which celebrities style you value the most? Who’s your style
icon?

I think I don’t have my own style icon. The Internet is my source of inspiration and this is
where I usually find my inspiration for fashion. I like some of the fashion houses like
Balmain, Balenciaga, Chanel, Disquared2, Versace, Rick Owens, Zanotti etc. When I’m in
Asia I like buy clothes form the young Japanese and Hong Kong designers. 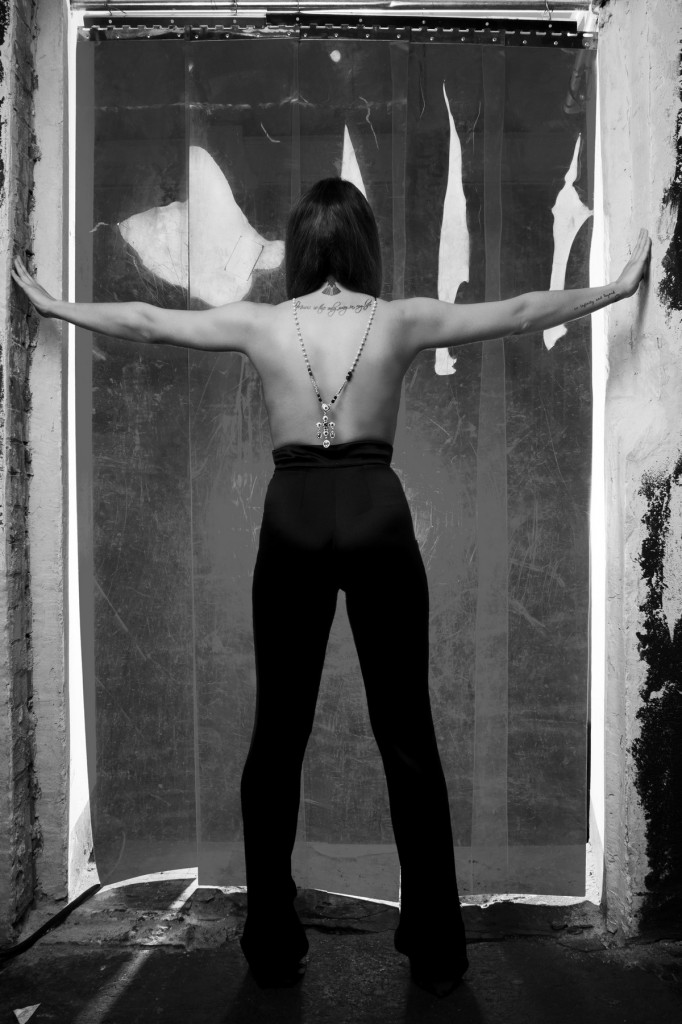 What would you like to say to people who have been comparing your fashion style to
Lady Gaga’s in the past few years?

To be honest – nothing. These people have no idea how many things she copied.
Let’s talk about other passions in your life. Many people don’t know that you’re awarded
photographer and you own Baraccuda clothing brand. Music is still above all?
I never liked talk about myself. Music is the most important thing in my life and always will
be. Photography is my big passion same as fashion. I finished photographic school
because I wanted to learn more abou photography than how to press the shtter button or
how to make a good picture. This school has given me a lot more than I expected. I’m still
sealing with photography, post production and graphics and still have this great joy.
Barracuda is my baby it has only a year. Along with my sister we created it because we
were missing something in fashion. Poland was flooded by printed sweatshirts and we
missed classics and precious fabrics. So we decided to create Barracuda
(www.barracudawear.pl) and we hope that it will find its audience among women who
appreciate minimalism, lightness and classics.

How did your journey with fashion started?

As every girl I guess, at my mom’s closet. When I was a little girl I found there many
treasures. Later I tried to sew by hand. People in my hometown think I’m weird because I
experimented with fashion and this is how I expressed myself.

What is your best way to express yourself?

I’m doing it by music, sometimes by fashion or new interests. Rebellious period has long
since passed, now I don’t have to manifest my „I”. I’m just being myself.

Where did you get such an artistic soul? Was your family artistic?

Yes, everyone in my family are musician. With me it couldn’t be different. Throughout my
childhood I was singing and performed together with my family.
It was a huge experience for me. Besides music has always been in our home.
Later of course I began to write lyrics and produce my music. Parents also took care of
my instrumental educaton so my instrument is the piano on which I composes most of my
songs.

Is there something that you’d change in your career or do twice?

I live with the thought that nothing happens without a reason, so we’ll see what may be.
I think it’s very important to be able to draw from our own life experience. Do not make the
same mistakes or use of the opportunities that life gives us every day. Everythink is in us.
If you believe in yourself you will reach all – my grandmother used to say that.
What gives you energy to create music?
Well, good question. Because it’s the difference between having inspirations without
energy. Even if your inspiration is the best in the worlswithour energy you do nothing.
So I find my energy in the passions. I love travel and read books, go for a walk with my
boyfriend and get to know a new culture. I like to swim in the ocean and sunbath on the
sand. This is what gives me energy. In that way I can reset not only the body but also the
spirit.

It’s always like this that I have something to tell by the music, new album or new song.
it’s the only way I can speak with my fans. And I would like to tell them how much I have
changed, what inspiers me, what gurts me and what makes me happy.
I really appreciate this way of communication, because I don’t talk about my personal life
on the pages of magaznes or gossip portals.

What I should wish you?

Happiness ? Because the artist rarely feels satisfaction with life and work 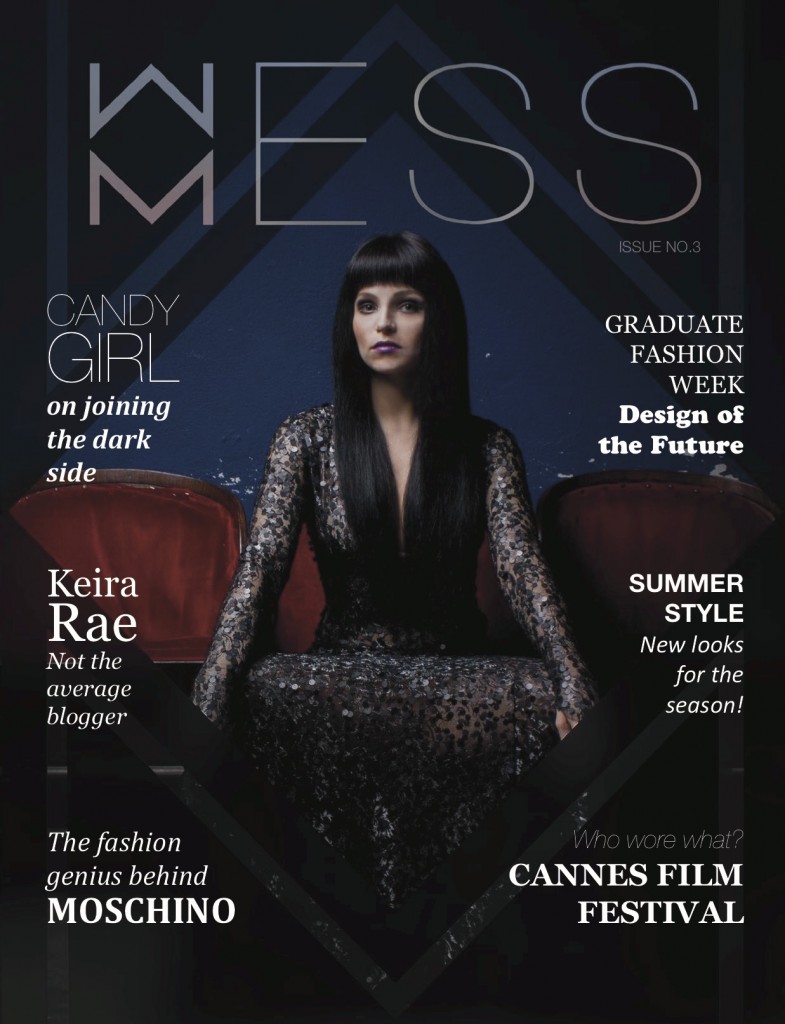