Just when you thought it couldn’t get anymore glamorous than Met Ball, Cannes Film Festival surprises us with even more fabulous appearances. The most prestigious, the most publicised invite-only events – oh isn’t it a pretty good reason to dress up to perfection! Annually our favourite dazzling from head to toe celebs are treating us with gorgeous looks and this year is no exception. From Sienna Miller, our favourite it-Brit girl to Kendall Jenner and Karlie Kloss, true representatives of the “Instagirl” era – are you ready for another session of true glam overdose?

This year it’s all about the models, high-fashion girls and Victoria Secret angels. We’ve seen Gigi Hadid, Jourdan Dunn, Barbara Palvin and Doutzen Kroes showing off their toned physique and beautiful attire at the red carpet. 29-year-old Israeli fashion model Bar Refaeli kept things a little more simple in her white floor length gown, looking as gorgeous as ever with her sun kissed, glowing skin. Kendall Jenner looked stunning in her goth-glam Azzedine Alaïa skirt and crop top as well as Joan Smalls who wore an outfit from the same collection.
. 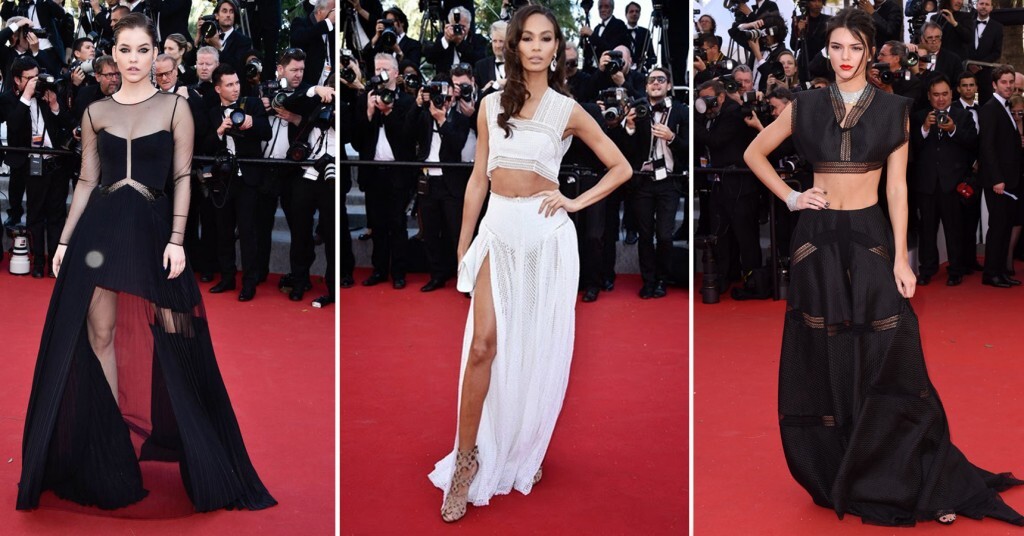 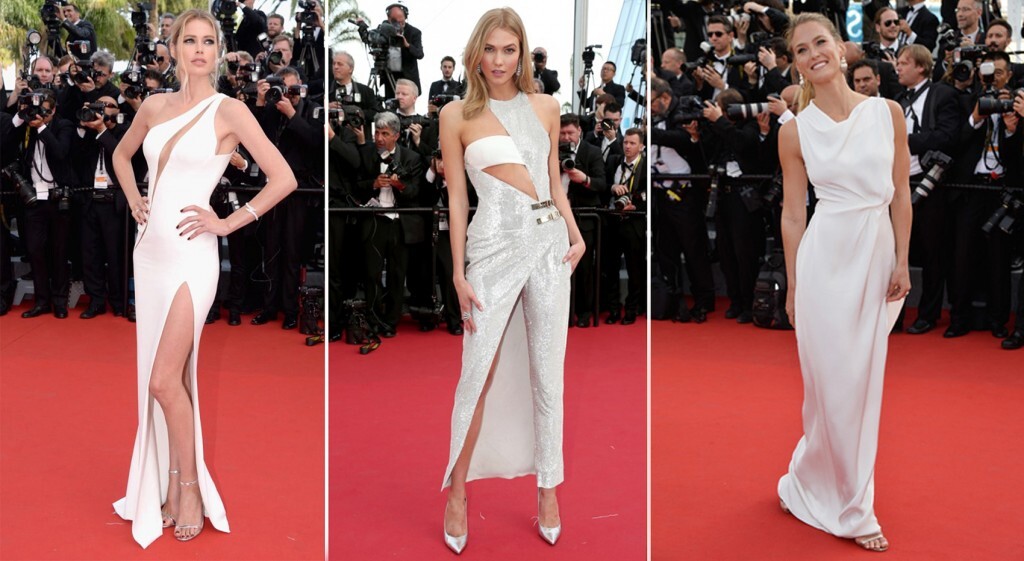 After all the red carpet appearances and media interviews it was time for our favourite celebs to head down to amfAR’s 22nd Cinema Against AIDS black tie Gala. The most beautiful movie stars and models gathered at the Hôtel du Cap-Eden-Roc in the French Riviera.It’s a highlight of the Cannes Film Festival and this time, everyone’s dressing up all for a good cause – it’s a charity event of the year.

Leading the way, of course, were “social media modelling era” girls: Kendall Jenner, Gigi Hadid and Lara Stone, all of whom we’ve seen on the red carpet. 22-year-old Victoria’s Secret model Karlie Kloss showed off her gorgeous and unbelievably long legs in a loose-fitting silver Tom Ford dress.As well as the supermodels, the biggest names in cinema were seen wearing dresses nothing short of stunning. Cannes jury member British actress Sienna Miller also made an appearance in a gorgeous silver dress. 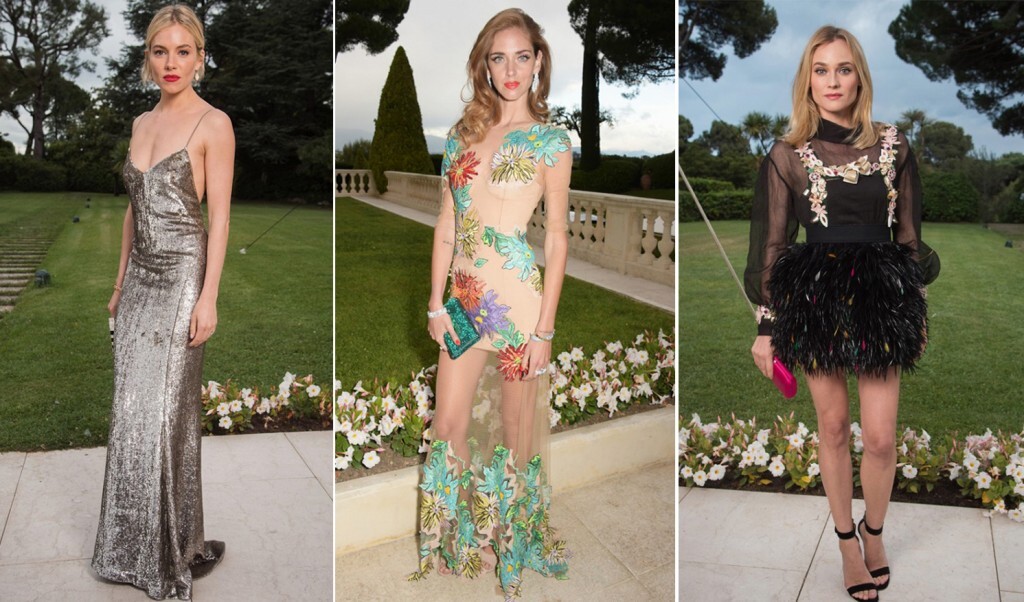 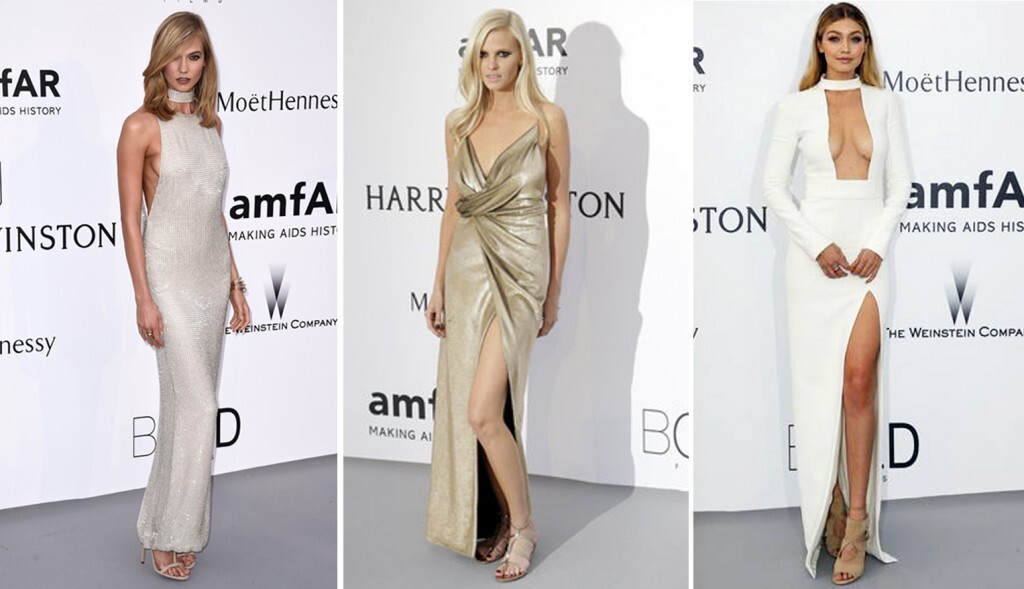 What happens in Cannes stays in Cannes, and you will never find out unless you are one of the A-listers or one of their fortunate guests at the invitation-only Calvin Klein Collection Women in Film party held at a private villa.There is no doubts only one word to describe the event: Classy. Calvin Klein Collection has a history of supporting arts and culture and has kept a particular focus on women in film. This year will be the fifth in a row for Women in film with euphoria Calvin Klein and IFP.

As you would have probably guessed, the event was attended by Hollywoods most loved and wanted, models and paparazzi favourites that were finally able to take a break from their hectic schedules and enjoy a night out. British actresses Sienna Miller, Rachel Weisz and Emily Blunt were seen wearing simple yet chic column dresses. Hollywood’s most elegant leading ladies weren’t there just to mingle and chit chat, actresses were being honoured for their contribution to film.
Jake Gyllenhaal, Lily Donaldson, Harvey Weinstein, Melanie Laurent, Joan Smalls, and Doutzen Kroes were also among the many celebrities who attended the exquisite event.

It is surely one of the most anticipated events on the Cannes calendar — and after a quick peek at the venue, we can see why.

Now, maybe it’s because of a strict classic glam Calvin Klein reputation, whatever the reason, we LOVE the attire. Simple, elegant and so CK — take a look: 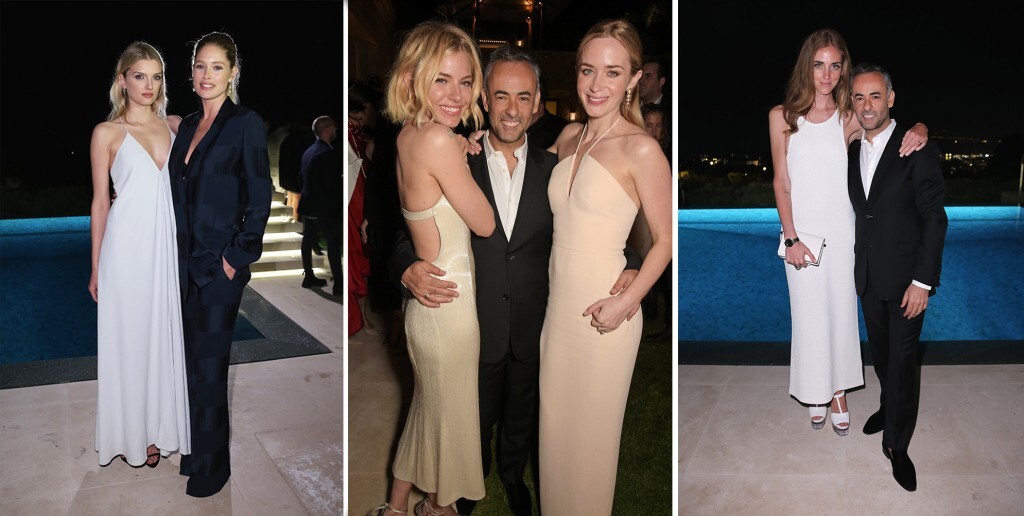 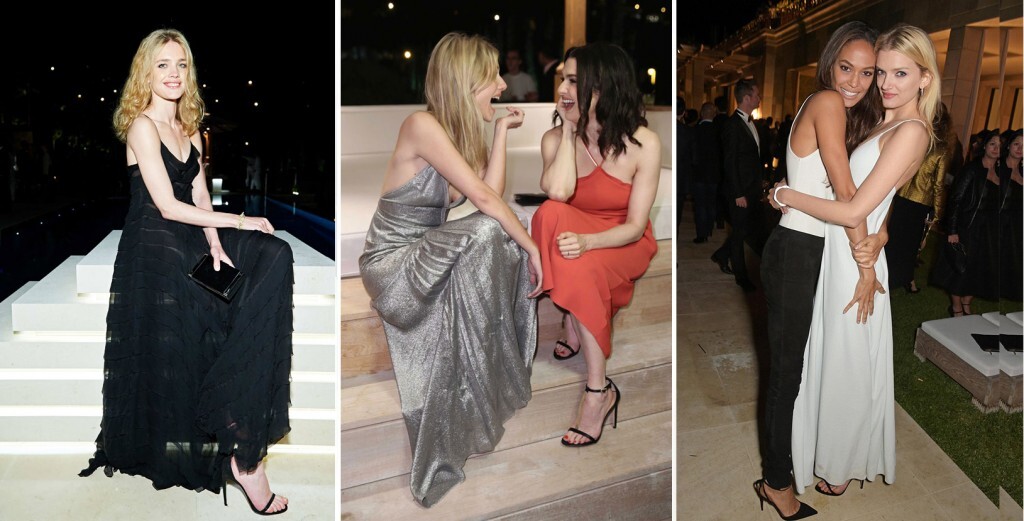 And what are your favourite looks from Cannes this year?