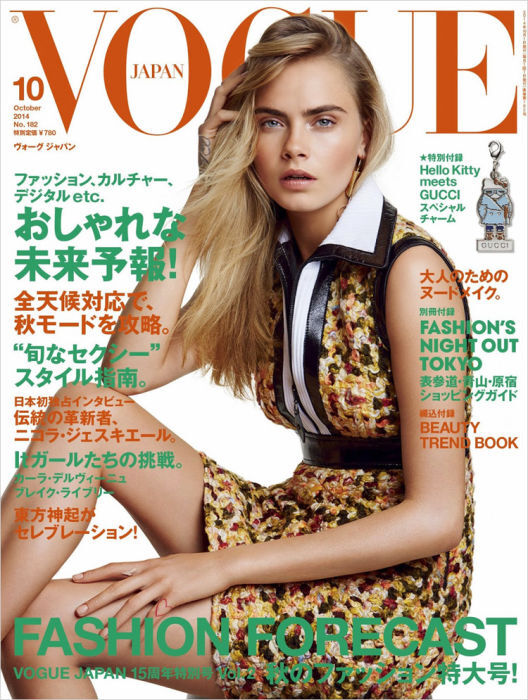 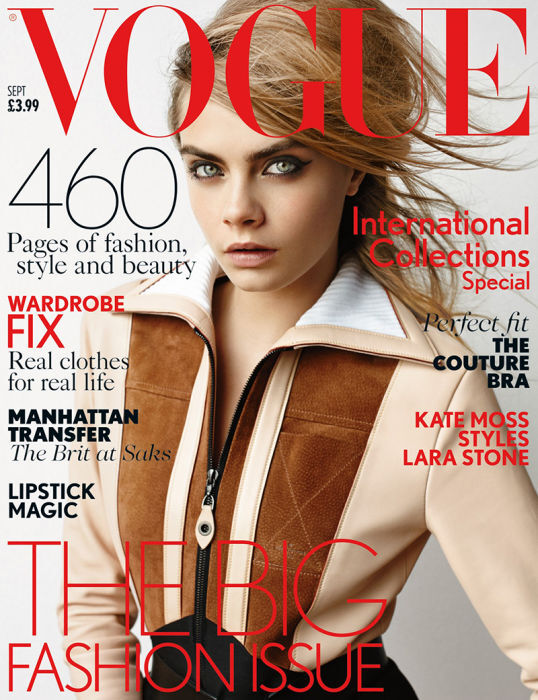 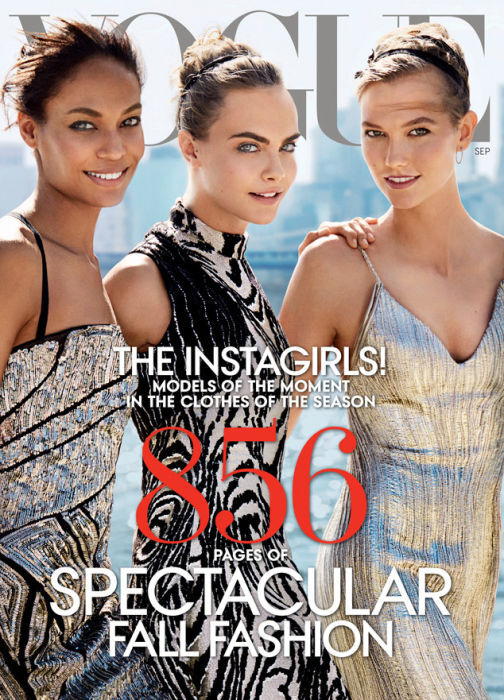 Its is well known throughout fashion history that the September issues of fashion magazines are the most important! Expectations are always at their peak during this time. This would make you think that mags would search for the new, the eccentric and the unique singular cover start to boost sales.

HOWEVER the September, three editions of Vogue had the same model on each of their covers: Cara Delevingne.

The 22 year old British iconic model snagged the starring spot on British Vogue, Vogue Japan and Vogue U.S (as the central figure in the main cover image! With Joan Smalls and Karlie Kloss with her). What is quite odd about these covers is that she is wearing Louis Vuitton on both British AND Japanese editions.

The omnipresence of Delevingne on Vogue imprints left us scratching our heads a little, since Vogue cover stars typically have to agree to not cover on any other mags for the month that they cover Vogue, let alone appear on the cover of other editions of the same magazine. So how did Delevingne get around rules?

The big reason could be her singularity in the industry. No model has captivated the younger generation of fashion fans quite like Delevingne while still maintaining a high fashion cred.

Whatever the logic behind her cover domination is, one thing is sure: She’s joined the ranks of the modern supermodels. Now, let’s see how her acting career takes off.