Walking into the Residence of the Ambassador of the Kingdom of the Netherlands, you just didn’t know what to expect. A building so enamoured by its historical beauty and tradition, it just didn’t seem to reflect the edge of the brand. Or so it seemed.

Ilja, a label built on a sense of structure and their innovative approach to traditional techniques, took this opportunity to take you back to basics, to where it all began. The collection entitled ‘Ingenium Existere’, which translates to ‘engineer’ and ‘existence’, explored and thus exposed the elements that shape our reality. With the focus of the collection on sculpting, Ilja was able to apply the theory that our existence is created through the sculpting and building of shapes and forms. 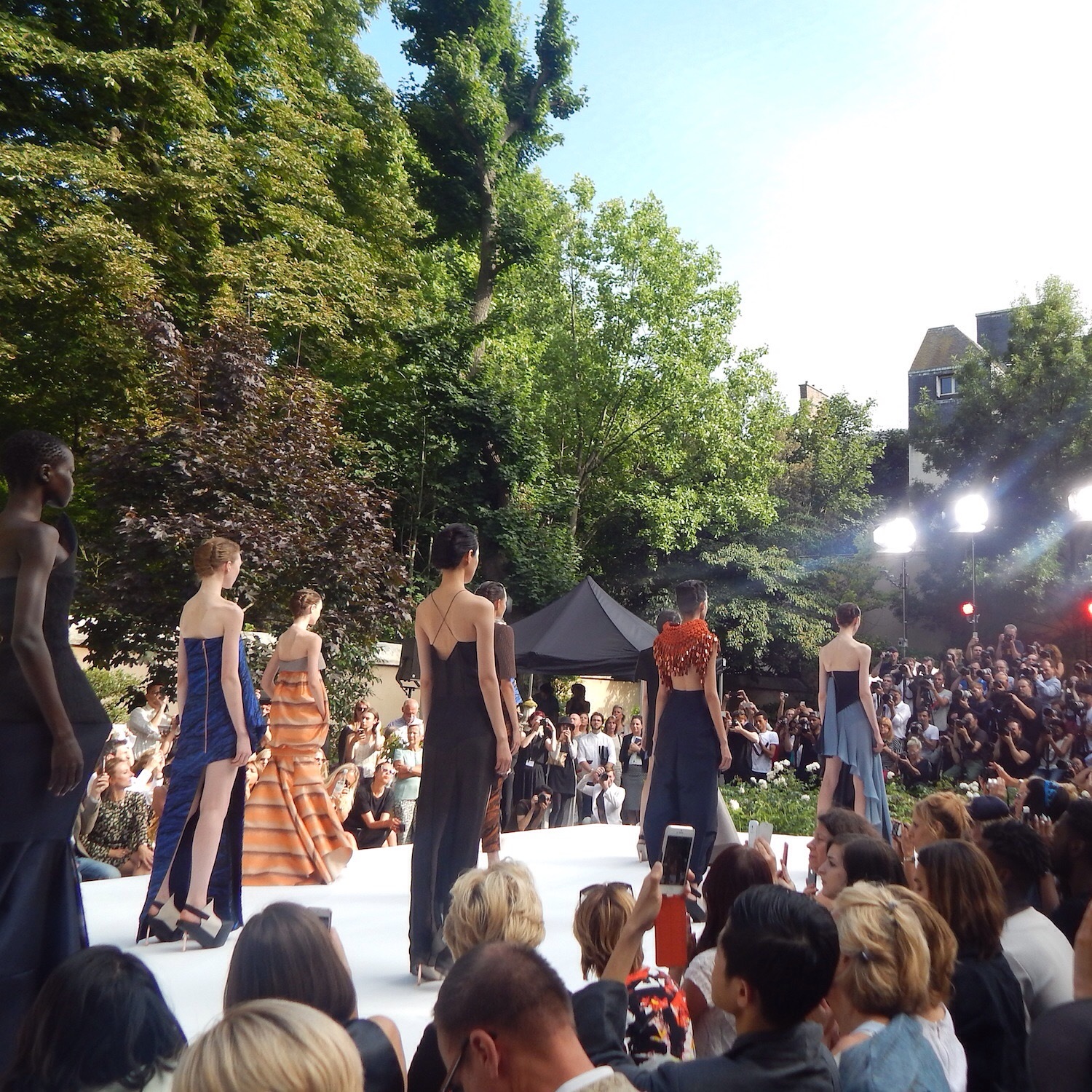 But not only is Ilja defined by their ability to create gravity defining silhouettes, it is also in their nature to exemplify attitude- one of strength, difference and individualism. There is no point at which you can look at an Ilja design and not be in awe of its originality. A point of difference that sets this brand aside from any other is the way in which they make “futuristic” fashions the present; something they perfectly executed during this seasons show.

The Autumn/Winter 2015/2016 Haute Couture collection opened strong, focusing on how drapery could be used to create structure and balance, whilst also providing a great segue way into what was to come next. Designs were rarely symmetrical, reiterating the idea that no two existences are the same; everything is perfectly imbalanced.

The silhouettes of the collection were the main feature, with geometrical shapes being the key influence. With hints of Dior’s feminine New Look style, shape was used to accentuate the hips and bust, and to create that cinched in look at the waist. Ilja’s bold and voluminous shapes were evidence of how perfect tailoring can be used to sculpt various forms.

Whilst silhouette was key this season, it is the finer details that should be forgotten. Everything from texture to the form of a pocket played a critical role in establishing that mineral influence. 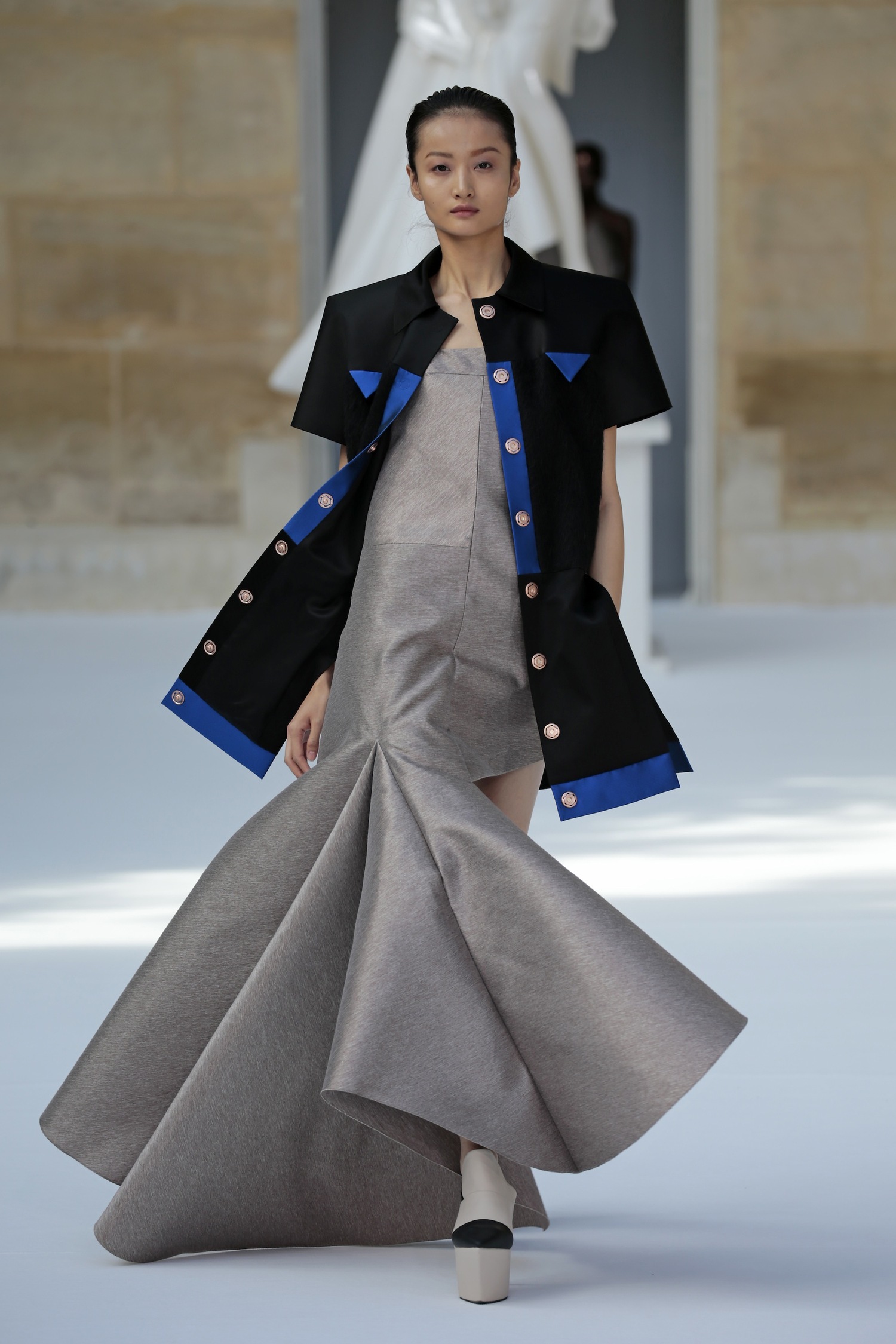 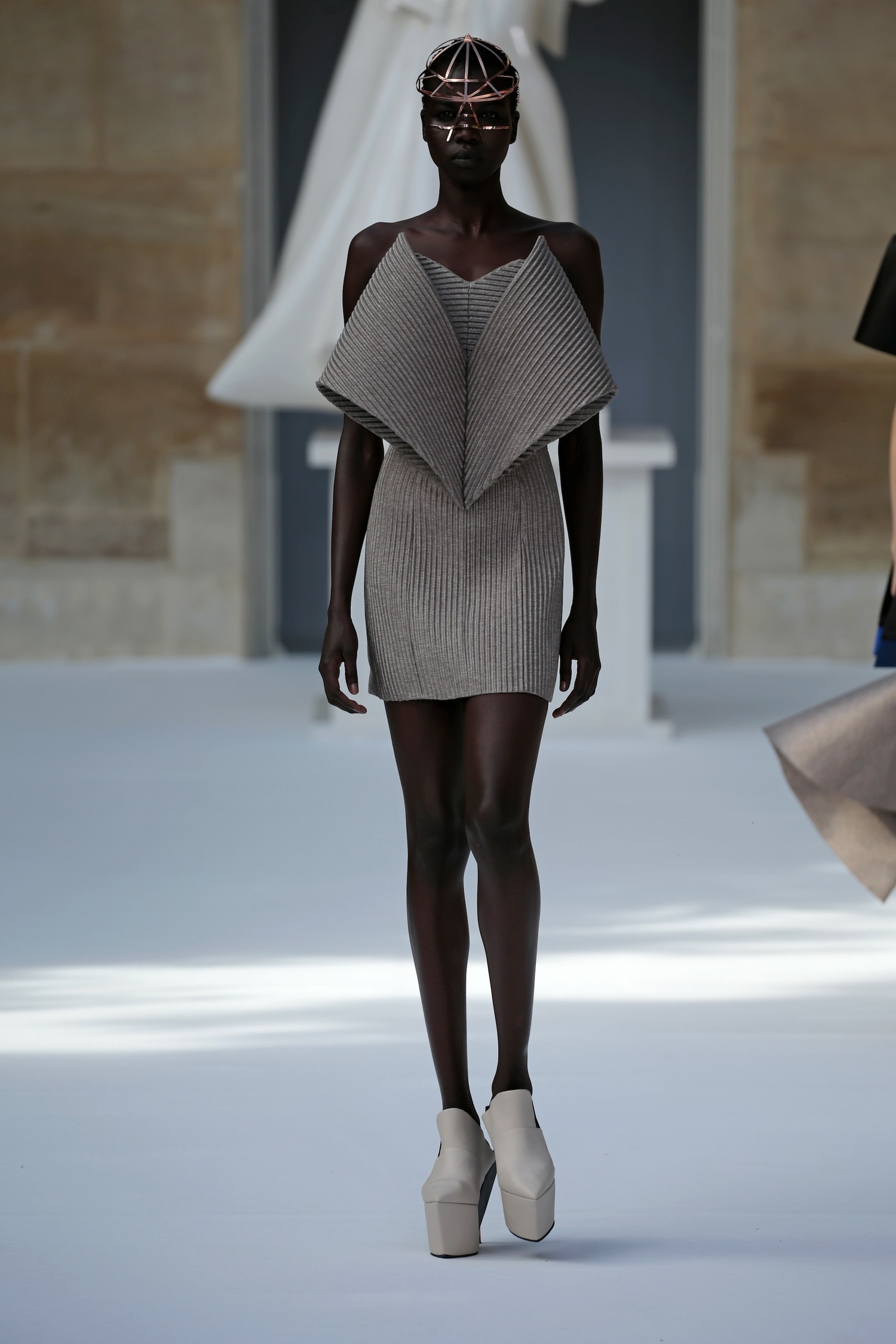 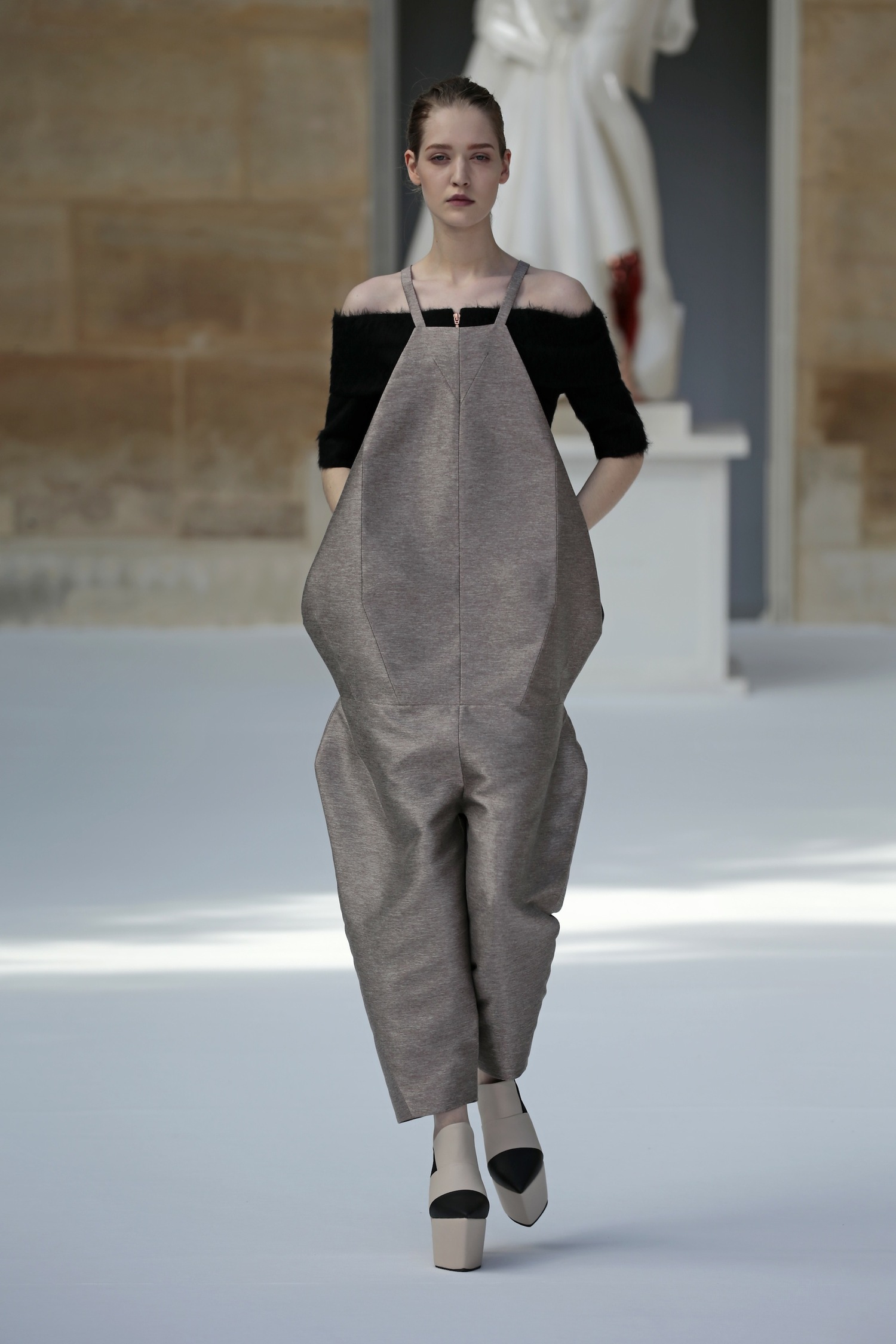 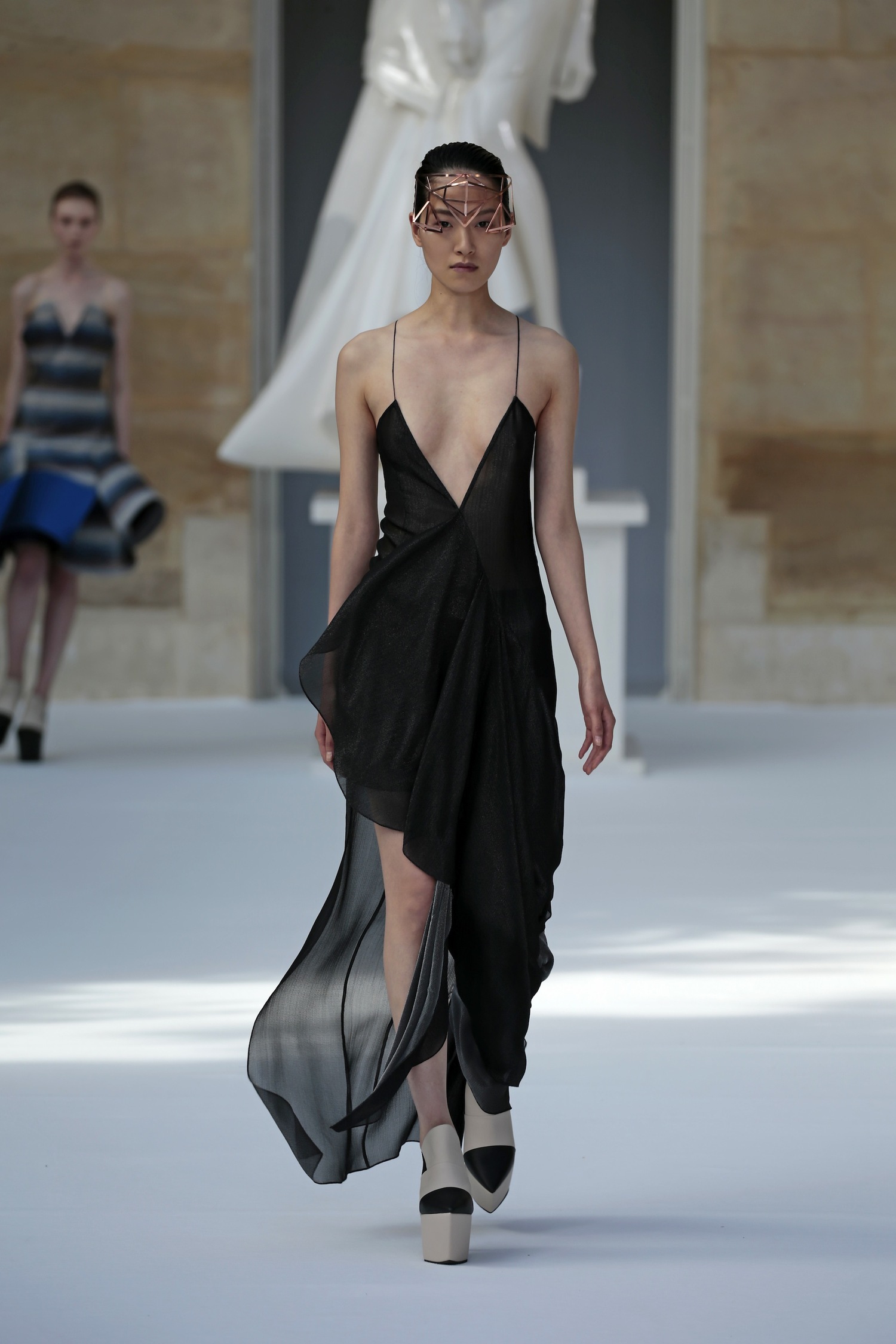 The variety of texture throughout this collection is incredible, often being used to juxtapose the shape and angles of the garment. Where there was lots of drape or angular shapes, smooth textured fabrics were used to create a softer more elegant look. Prints, colour (ranging from deep azurite blue to copper to chrome silver). and exaggerated pockets were also used to great effect to create depth. 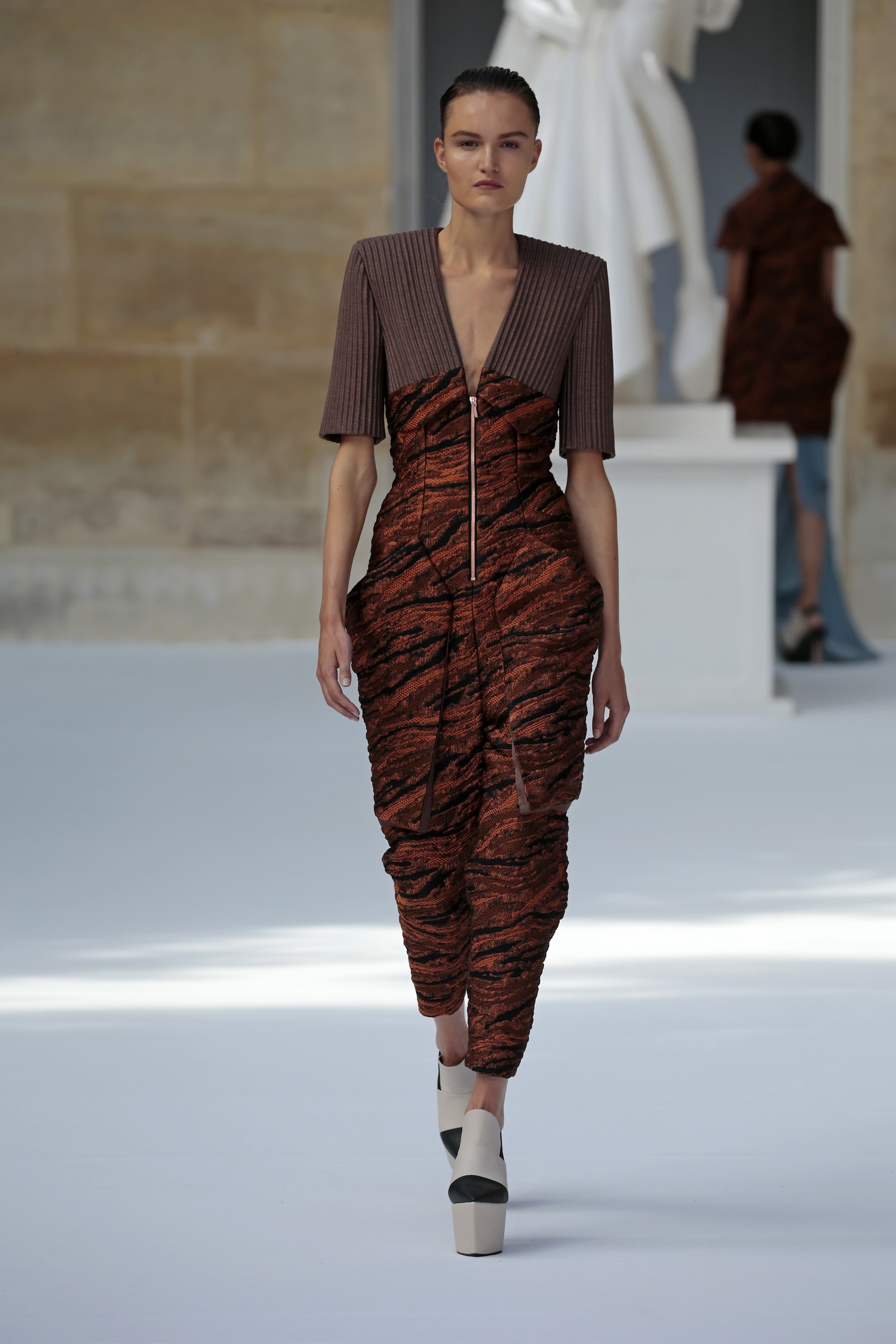 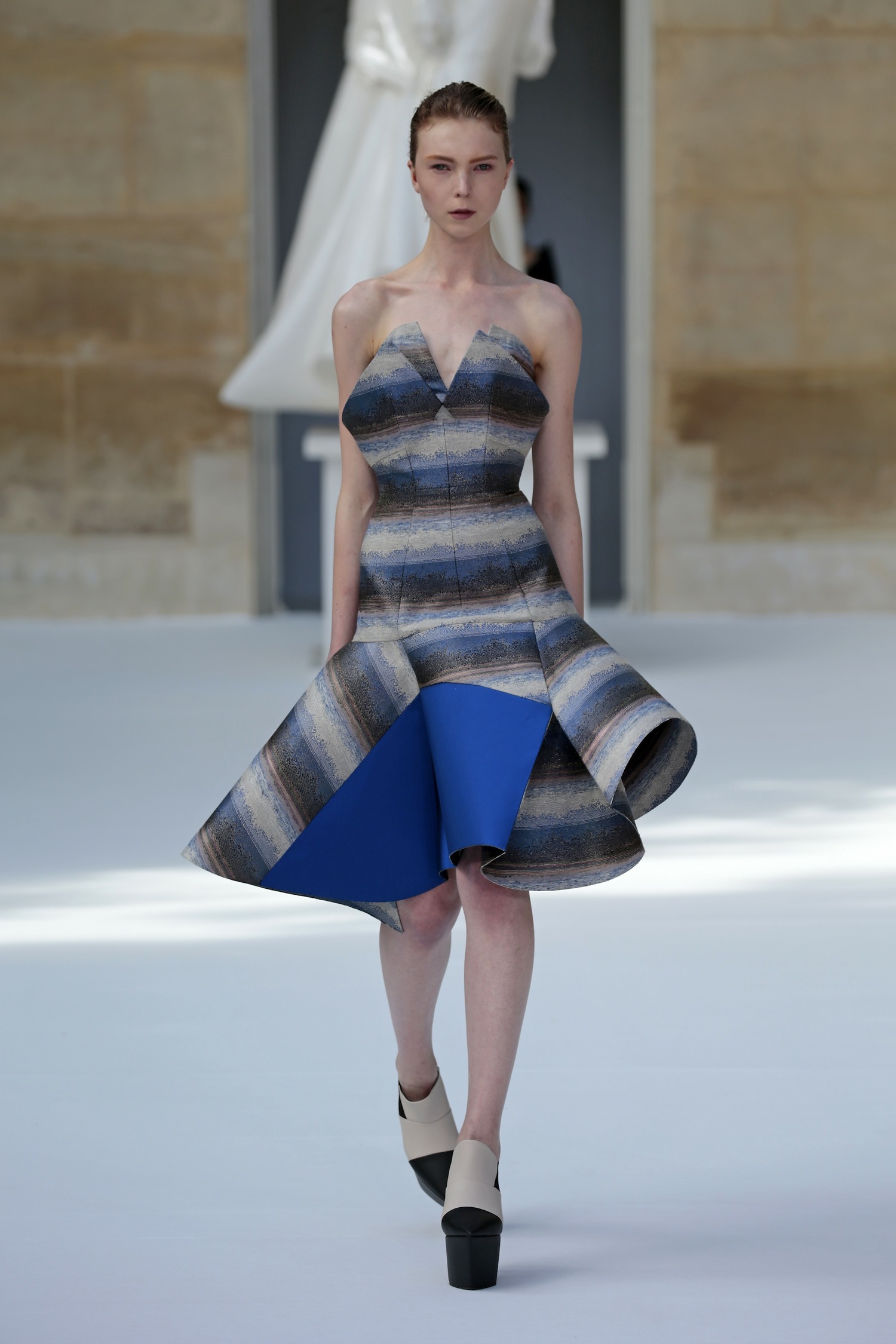 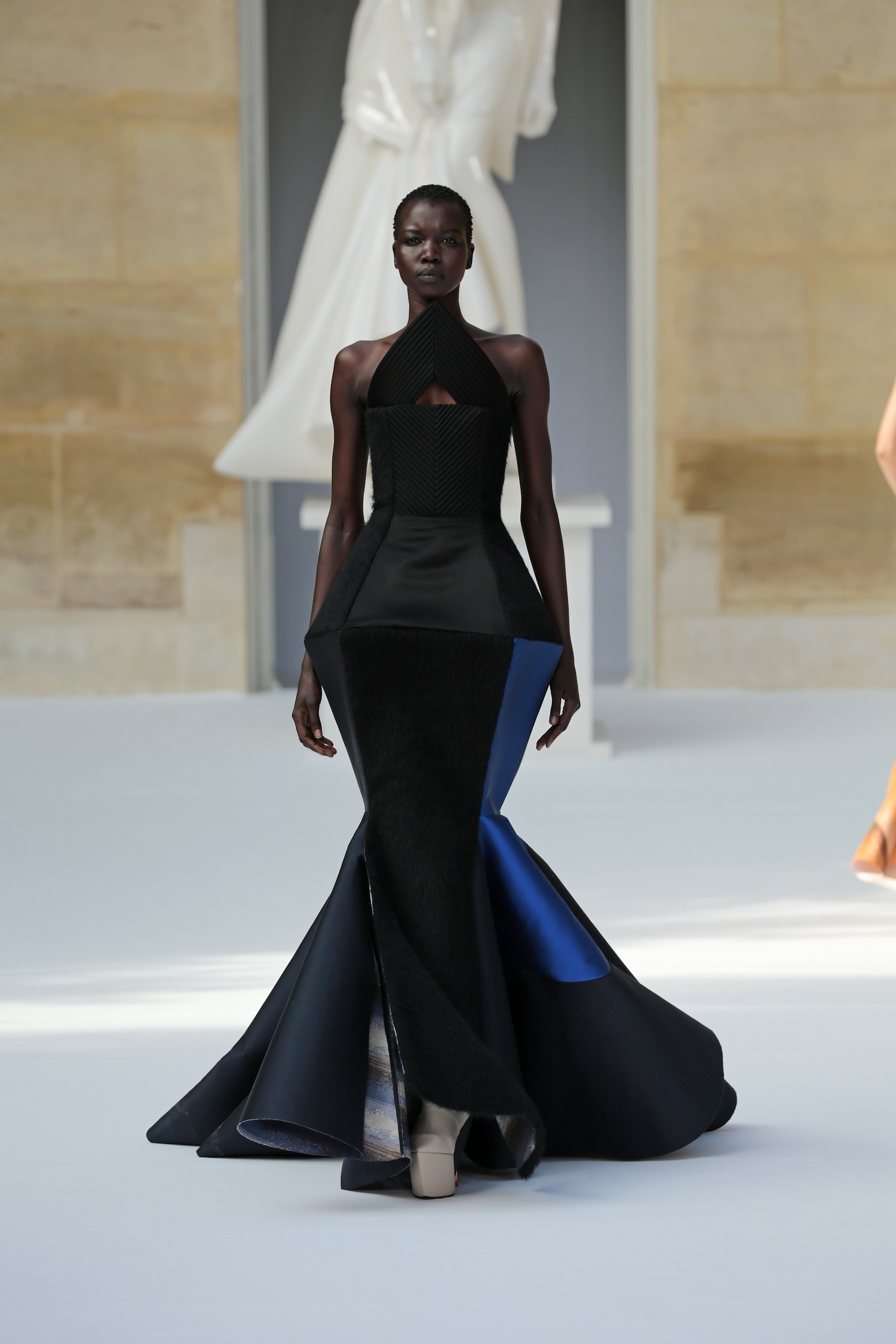 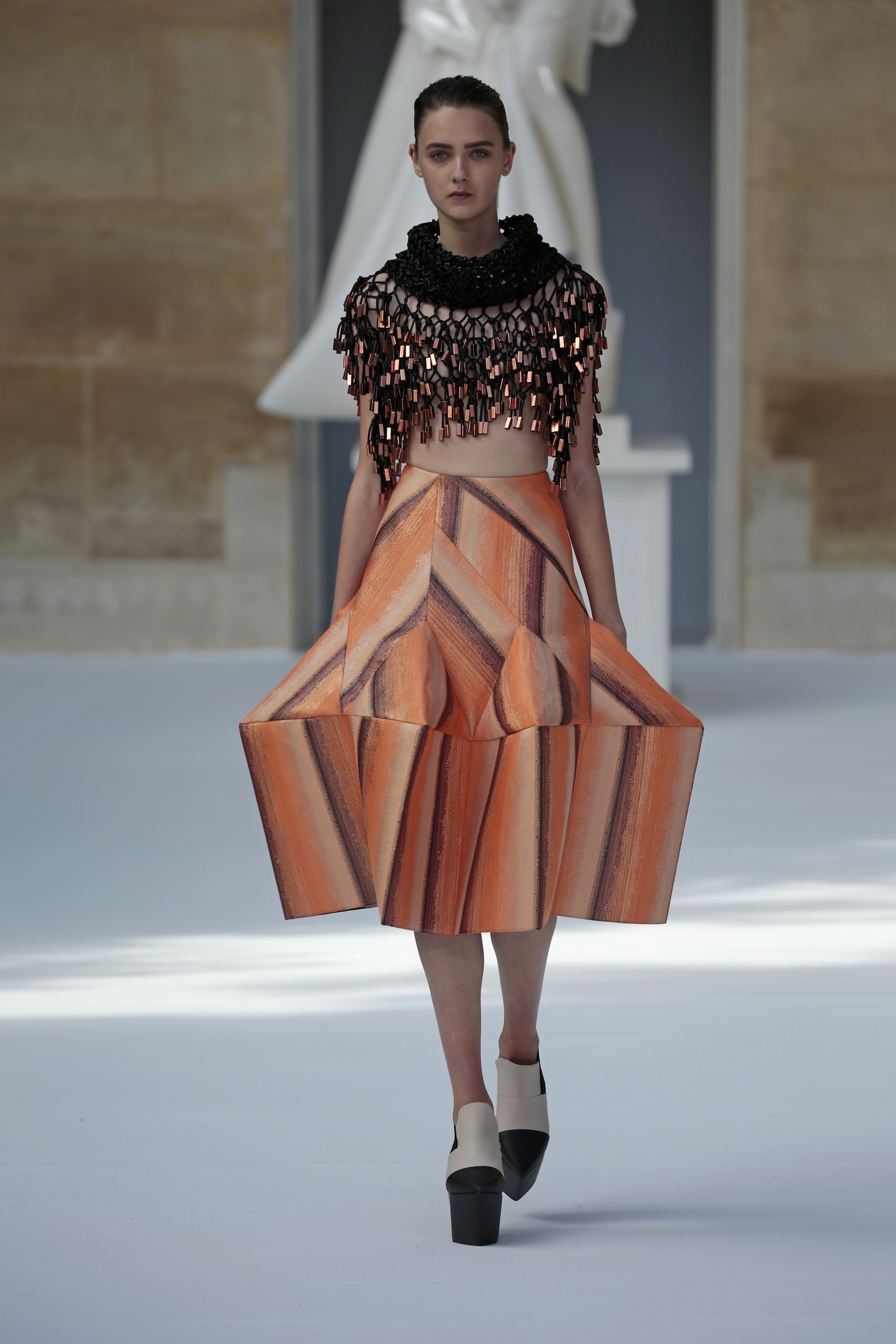 As the last models exited the catwalk and others hurried off either to their next show or just for the comfort of indoors, it was hard to not to stay and reflect on how every element, from the natural to the man made, worked harmoniously together. Every existence fed off the energy so strongly engineered by Ilja that it was hard not to be mesmerised by this ingenious experience.