With all huge and major magazines around the world it might often be easy to forget a few! But definitely not this weekend because Cosmopolitan was celebrating its 50th birthday with the Kardashians headlining! 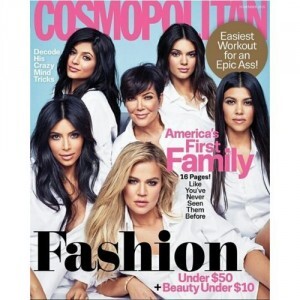 All social media including SnapChat wanted their mass audience not to miss this event! All the snaps lasted around 2 minutes and gave us a tour of the entire evening from meeting the idols to meeting the people behind the mastermind…. Cosmo!

Cosmo for their 50th Anniversary released an issue with America’s beloved family… The Kardashians, with each sister promoting their own cover, they all exposed individual beauty for the shoot. 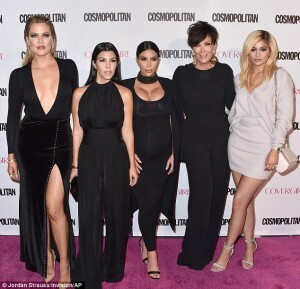 With all of them sporting a heavy contouring, blush and eyeliner look, one thing they unite in, is not just the family bond but the lose, sexy half unbuttoned white t-shirt. Khloe is the centre of attention with her luxury, blonde waves and her super-crazy sisters having the trademark black Kardashian hair. We have all known Khloe to be a little rebellious but I guess it seeps through even in a photo-shoot. Talking of rebelling the youngest sister Kylie Jenner wore a white, loose jumper dress and many people questioned if she didn’t get the memo?

Kim normally, in the centre of attention for her sexy body was seen in a tight dress showing her baby bump. Not too soon before she gives birth and is back in that sexy body of hers! Kourtney seemed sexy as ever revealing those workout arms and small waist, which we are all dying to have! The black jumpsuit made her look sleek, slender and sexy with a formal twist. However, Kendall was absent and didn’t attend! Sad for all the fans since we missed her didn’t we? The gorgeous supermodel with her natural beauty was off duty that day. 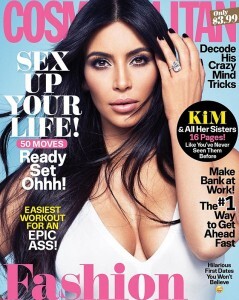 Although the Kardashians have headlined for this event many women have been on the previous covers! With each issue exposing sex secrets… (Only for the girlies out there!), it features all different celebrities from to Beyoncé and Katy Perry and Miranda Kerr.

Whatever the profession Cosmo takes your lifestyle and delivers tips for the everyday woman!

Successful woman like Taylor Swift who at the time had four hit albums and two fragrance deals and concerts that sell out in minutes, she hit the cover to inspire the ordinary woman.

Not just Taylor but Zooey  Deschanel hit the covers in 2012 to show her new side… the business-savvy intellectual.

Cosmo doesn’t just put out the typical version of femininity on their cover, the outspoken, and the courageous also had room in their hearts … Yes its their favourite Demi Lovato!

With all the bad publicity for their magazines, at times its hit it’s worst but Cosmo’s main benefit is that, it unmasks the stars for who they are. For instance Meghan Fox who plays the fierce badass heroine puts the record straight with the caption Naughty or Nice… you decide? The readers’ believing whatever the media reproduces its nice to have the truth once in a while! 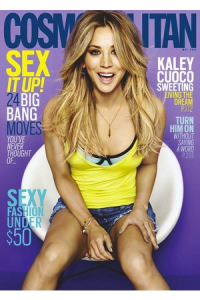 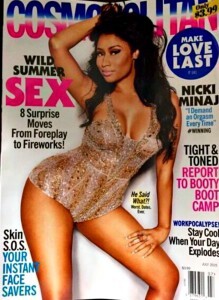 Celebrating women of talent – their main goal but why has Cosmo been a mag that’s under-rated. Mainly it’s perceived as a gossip mag for teen girls to young women with just complete nonsense but if you start reading it… its completely addictive saying from experience.

So after reading this you might be either completely sold or still think its nonsense but either way I have made you think twice bout your opinion of Cosmo?!

Not too late to convert Grab your Cosmo’s now! 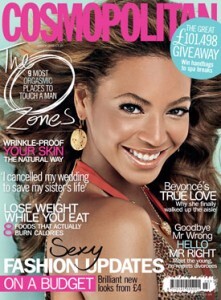 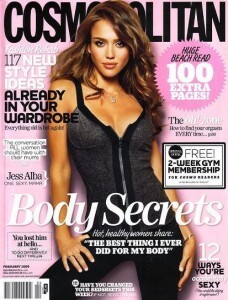