Somerset House played host to London Fashion week 2015. A place for designers and models to indulge in the latest trends and upcoming talent. With brands ranging from luxury to high street, the world’s fashion elite finally reveled their works to the UK’s fashion capital; the very trends that are going to fill our wardrobes in the coming months. London Fashion Week drew to a close after five days, and Mess Magazine was there to witness it all. We are proud to share our first-hand inside knowledge straight from London’s catwalks and what excites us about Autumn 2015. 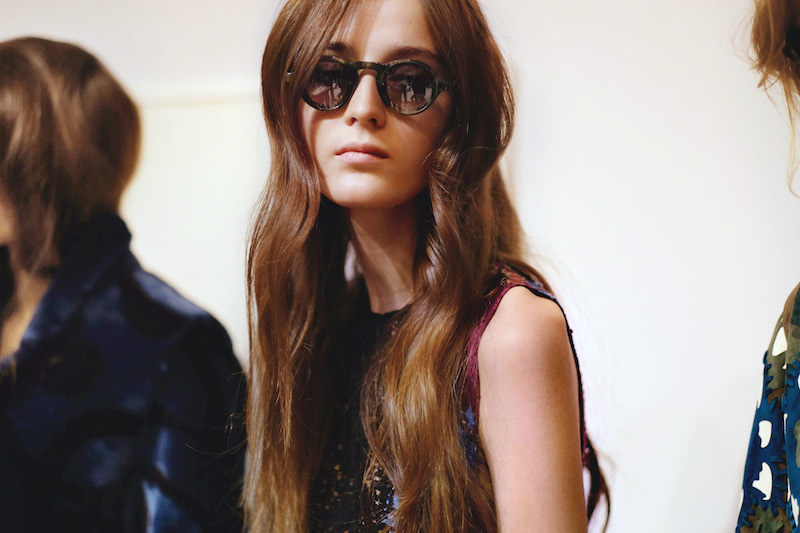 It was clear to Mess that the designers purposefully experimented with the trends of different decades. Burberry, Vivienne Westwood and Jonathan Saunders championed the late sixties and seventies revival in their collections offering a variety of suede tassels, accordion pleat inserts and mirrored embroideries. They made it obvious that we are not going to be reaching for our skinny jeans anytime soon. The brands attracted an impressive front row despite the Fashion week coinciding with the Oscars. Burberry managed to score model veterans Kate Moss and Naomi Campbell alongside ‘it’ models and pals Cara Delavigne and Jordan Dunn. Cara, who is currently concentrating on her acting career, sat out London Fashion week this year however, still showed her support for the brand by arriving dressed head to toe in Burberry’s latest collection. 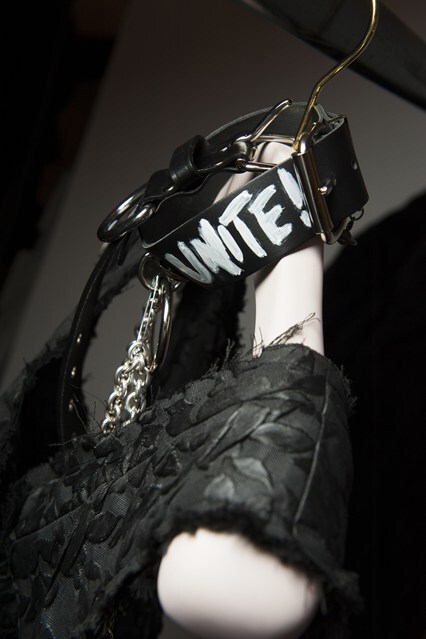 The Burberry showcase was staged in a gigantic marquee set squarely in Perk’s Field, Kensington Palace Gardens. As the lights came up and the models began to walk, there was an inescapable bohemian feel to Christopher Bailey’s (designer and CEO of Burberry) Autumn/Winter collection. The relaxed and laid-back ensembles from the collection were a stark contrast to Burberry’s typical style and Mess Magazine finds the new softness to the brand rather refreshing. Bailey took inspiration from the old folk crafts of British society. This led to his vision of “patchwork, pattern and prints”. Ponchos with spike-heeled fringe boots suggest that Winter Bohemia is something to be aiming for this autumn. 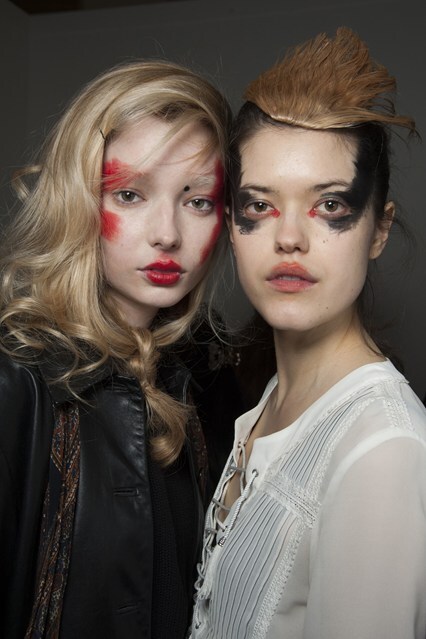 Vivienne Westwood was also inspired by the same concept of labored textiles; she too had a bohemian feel to her collection. Stating that the ‘red label girl’ is inspired by temples, mosques, interiors and traditional dress; the Autumn/Winter collection features woven fabrics, silks and rich velvets. Although her southern English heritage shines through more in her designs than in Burberry, the winter Bohemia was still a prominent figure in the collection. The showcase also revealed a revival of her greatest hits, a confidence in her design that has been somewhat lost in the recent years including a long sleeved black silk gown. Vivienne Westwood, also tied a strong political message to her latest collection encouraging consumers to ‘vote green.’ 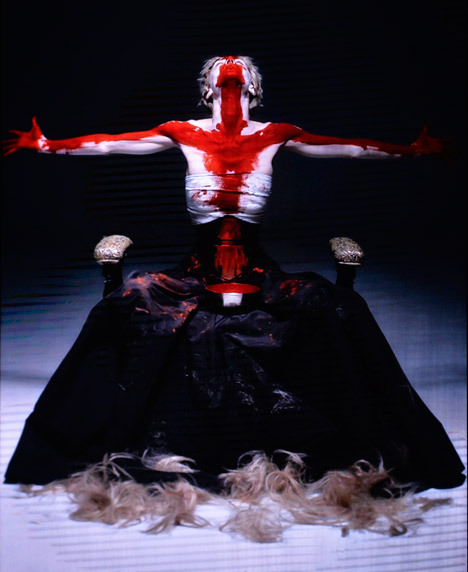 This concept of fashion being thought provoking was presented in Gareth Pugh’s red-blooded London Fashion week comeback. Unlike Burberry and Dame Westwood’s collections, Pugh’s collection was equally gothic as it was harrowing. The showcase set amongst the Renaissance paintings of the V&A museum began with women progressively hacking off her blonde hair before smearing her face and body with red paint that outlined the Saint George cross. The image largely mimicked battle preparation. The models then walked down the catwalk in a red light, with their faces similarly streaked with the Saint George cross. The focus was therefore placed on the silhouettes of Pugh’s models that drew the onlooker’s attention to the theme of Gareth Pugh collection. The huge furry hats with chain chin straps, the over the knee boots that were reminiscent of cavalry riding boots, choppy hair inspired by Queen Elizabeth I. The entire collection was a tribute to Britannia. Chaos, darkness, and ambitiousness all came together in this showcase for a warrior-esque look on the catwalk. Gareth Pugh other than designing a truly beautiful collection also left his audience shaken. Continuing to prove the power of fashion.