It only seems appropriate that Beyoncé wears the best of the best when performing on tour with husband Jay Z. She never fails to look fabulous when singing on stage and this time on her ON THE RUN TOUR : BEYONCE AND JAY Z she looks better than ever. 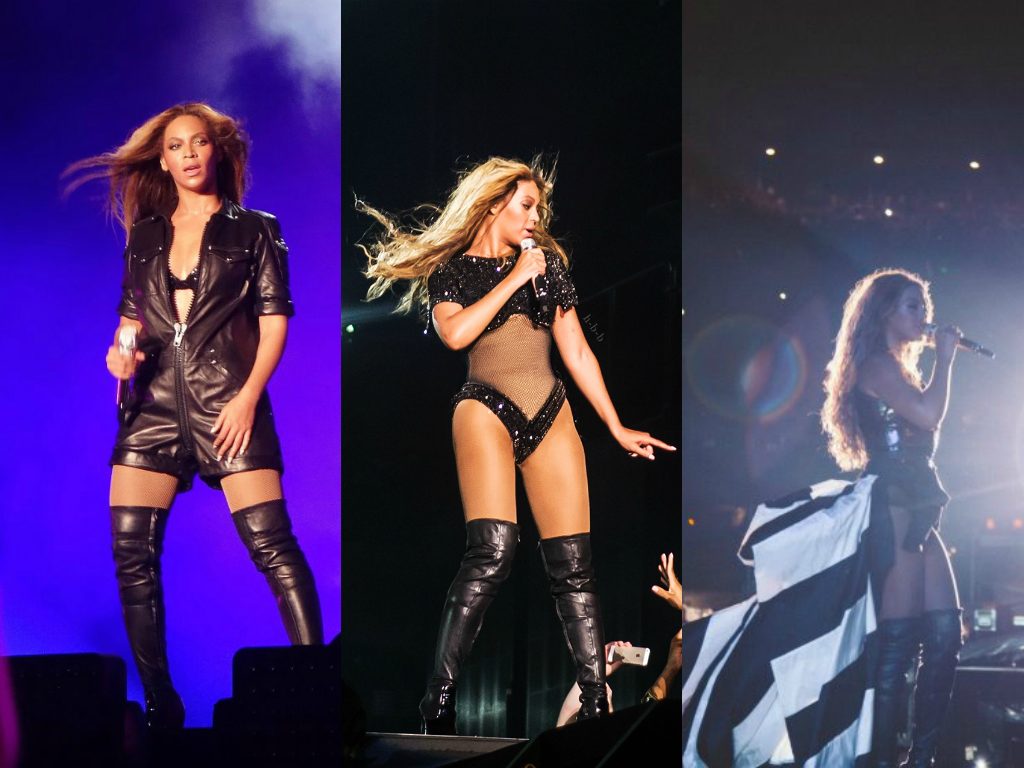 Luckily, for her, Beyoncé has been flaunting 3 custom made Givenchy Haute Couture outifts by Riccardo Tisci made especially for her. All of the looks are divine and have a very edgy feel to them, the first being a black leather short jumpsuit with ‘BBB 17’ on the back. The second is her infamous “leotard look” with a bit of a twist to it, being embroidered with stones and crystals and a fishnet on skin tulle on the centre part.

As for her final look, Beyoncé appears in a black vinyl leotard and a detachable black and white American flag shirt, tied around the waist giving it the impression of being a skirt. The “skirt” has a train of 5 metres long and was said to have taken 500 hours to make, as all the stars on it are hand embroider. The 3 outfits are monochrome and consist of over the knee-high leather boots giving them that sexy look. 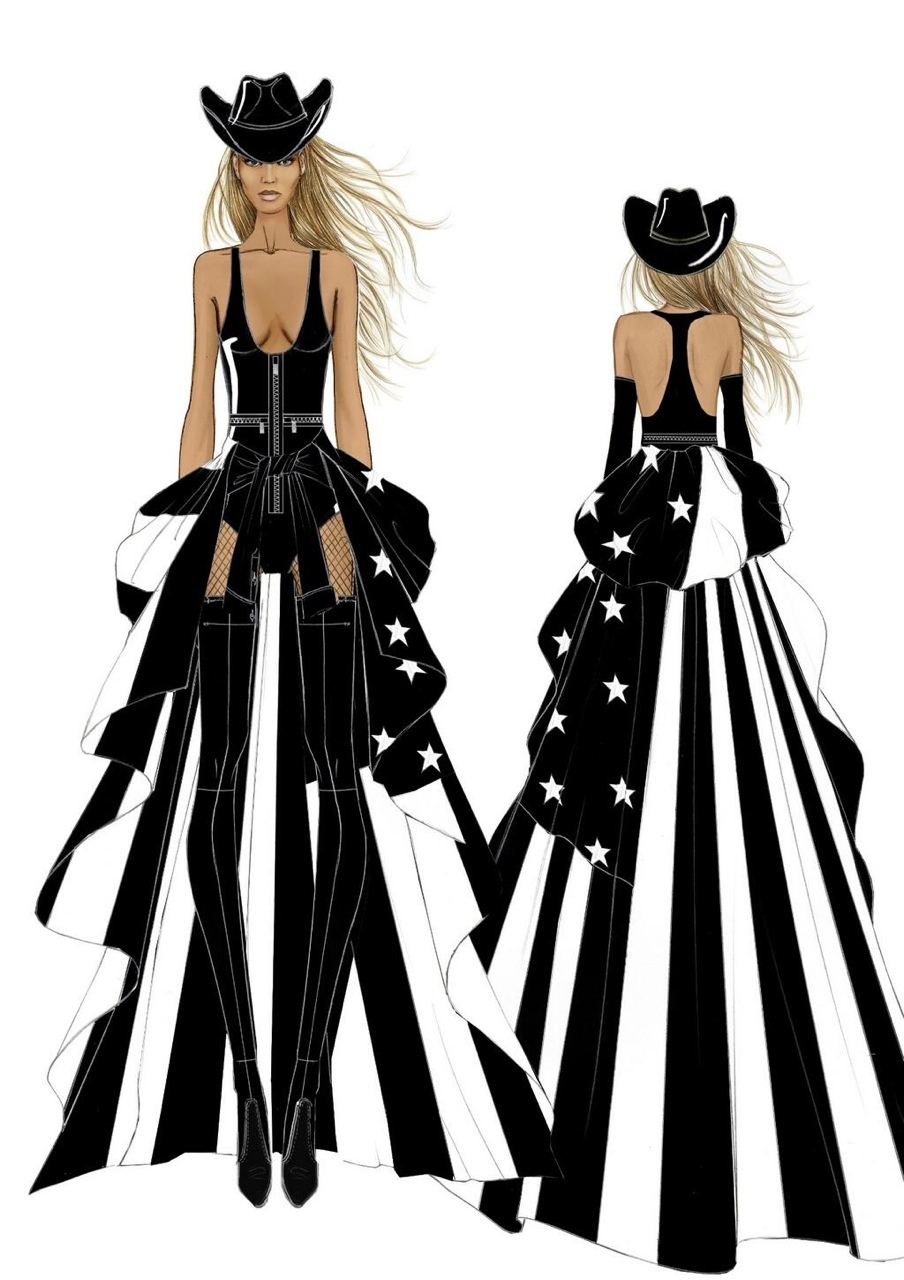 This is not the first time that Beyoncé has been seen sporting Givenchy’s designs as she was also seen wearing a Givenchy couture dress at the Met Gala in  2012, 2013 and 2014. 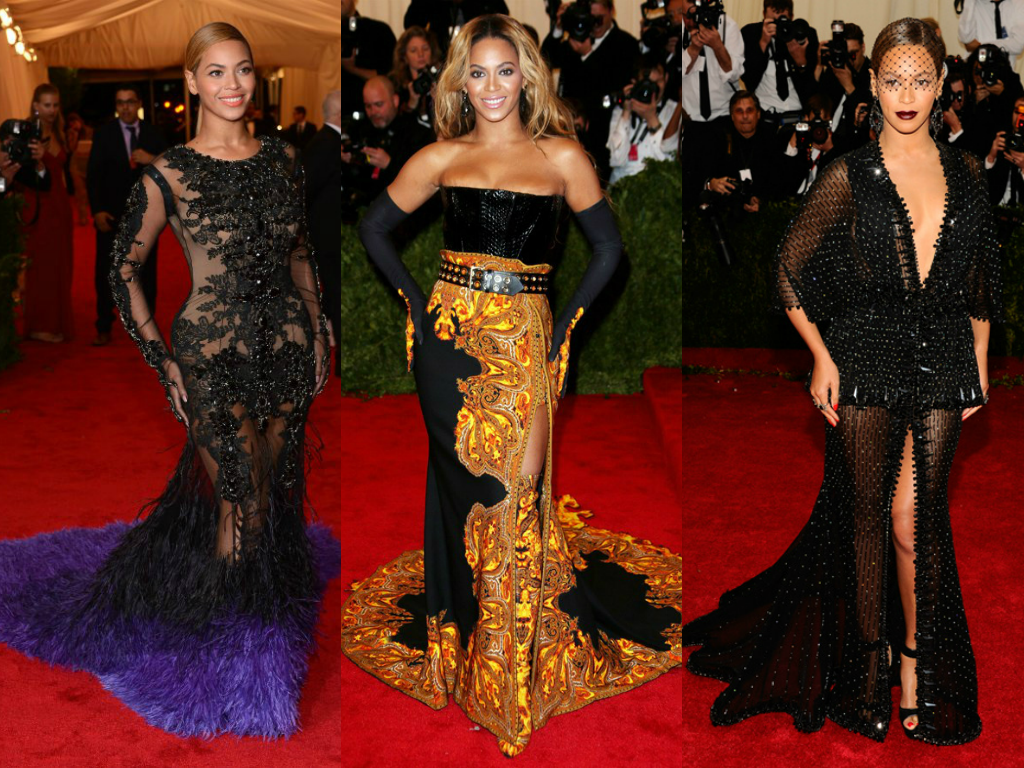