Saint Laurent’s house of beauty, have announced they’ll be releasing there newest fragrance called Black Opium. It’s been confirmed the scent will be a whole new take on the brands fragrances and recreating their fragrance from the 1970s. Black Opium is known to be a ‘darker’, ‘rock n roll’ version of the classic 1977 fragrance. With that, the bottle is designed with the theme in mind, with dark sequins to give it a ‘rock glam’ image. So get ready to expect scents of floral mixed with coffee for a individual, outstanding scent.

Additionally, British model Edie Campbell has been put centre stage for the face of the new fragrance and campaign. Due to be released September 2014. 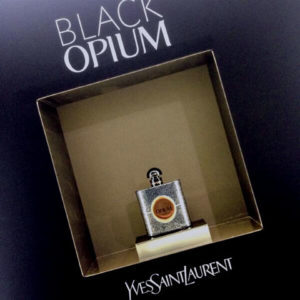