Milano looks like heaven to every fashion lover in the world. You only need to make a few steps in the city and you will immediately realize how much fashion characterizes it. Milano is one of those cities where you can actually breathe elegance in the air and it will leave you shocked how well dressed its citizens are. Fashion is part of Milano just like Italy is part of fashion. You will see different styles mixing and all the latest influences and designs wore by all the people who crowd the “Milanesi” streets. Milano well deserves to be considered a fashion capital together with Paris, London and New York, providing some of the best shopping opportunities in the whole world. You will probably be overwhelmed by the concentration of haute couture boutiques but Milano will also entertain you with its arts and culture. Many museums, including fashion museums like the Fondazione Prada, are located here together with graceful mansions and architectural masterpieces, like the Duomo of Milano. 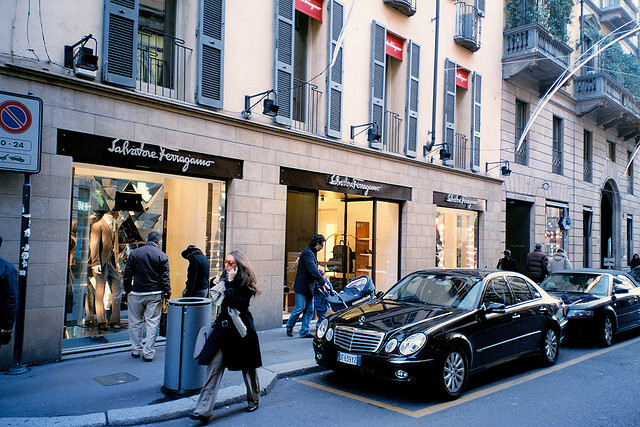 Via Montenapoleone, in the heart of Milano, is considered to be one of the most luxurious areas of the city. If you are a true fashion lover this name will be familiar to you: indeed, this street is one of the most important streets in the world of fashion since it is home to all the most prestigious fashion houses. Armani, Dolce & Gabbana, Prada, Versace, Alberta Ferretti, Miu Miu & co. all have their shops here. If your budget won’t let you do some crazy shopping, it is still worth taking a stroll around the area and daydreaming while admiring all the amazing window displays. After having shopped (or daydreamed) stop at the Caffè Baglioni, a really chic and cool spot which has its private entrance at via della Spiga 6. 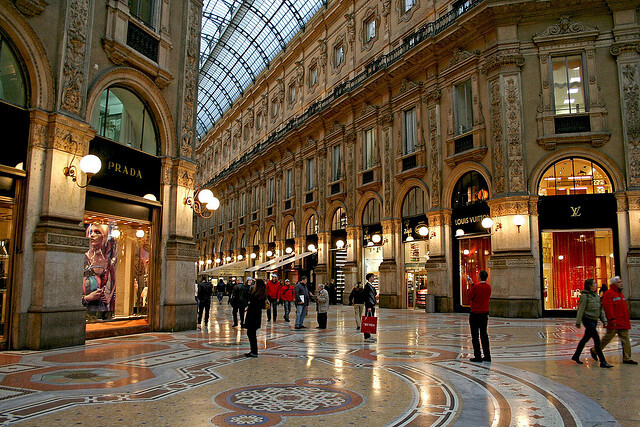 Just like via Montenapoleone, Galleria Vittorio Emanuele II is another historic shopping spot. Opened in 1867, it is one of the oldest shopping malls in the world, characterized by a beautiful and elegant glass-roofed arcade. Prada’s flagship store has been here since 1913 and has now been joined by Louis Vuitton and Gucci. In the mall you will also find other famous brands together with cafes, restaurants and five star hotels. Spend a couple of hours here and then head towards the Duomo since the mall is located in between Piazza della Scala and Piazza Duomo. 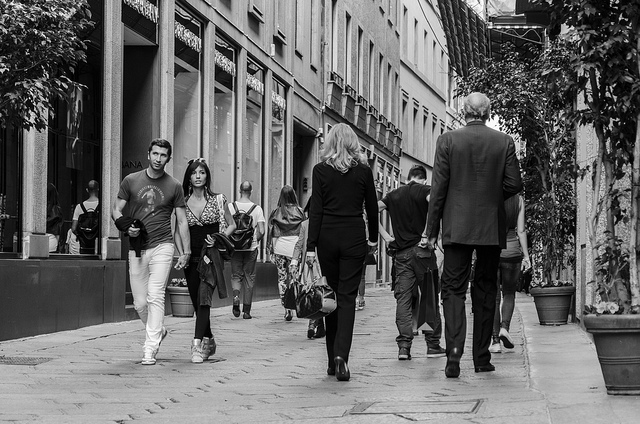 Bulgari, Sergio Rossi, Dolce & Gabbana, Krizia and many others have all chosen this pedestrianized street as home to their shops. Walking on this street you won’t help noticing some architectural masterpieces that belong to the years that followed the Second World War. Don’t miss the beautiful Palazzo Garzanti designed by the Milanese architect and designer Giò Ponti, located on Via della Spiga 30. 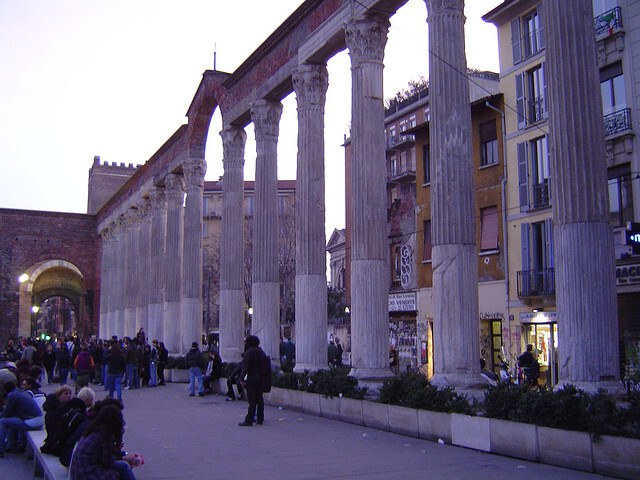 If you prefer more alternative stores Porta Ticinese is what you were looking for. The shops here are more geared towards a younger market so that there are plenty of youth oriented brands. If you are a shopaholic and shoes are your main weakness this is the place for you. The shoes here are more unique than in any other area, unless you are looking for a pair of Prada boots. In that case you better head towards via Montenapoleone. 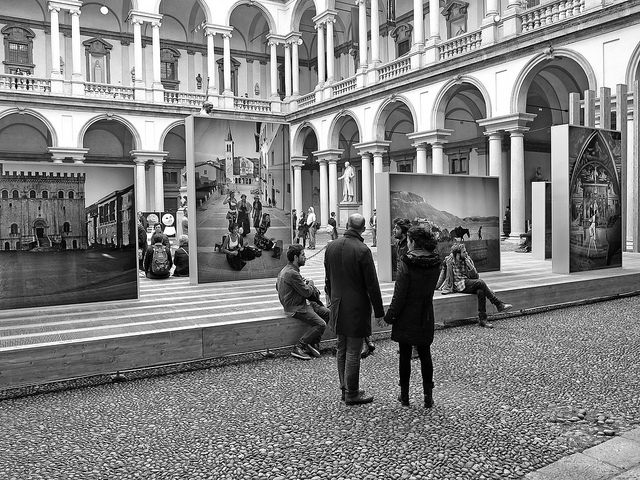 The Brera district was once populated mainly by artists and bohemians and now offers beautiful boutiques, curiosity shops and antique shops. Still today it is considered to be one of the most refined and elegant districts of Milano. Brera is definitely a place to visit not only for what it offers in terms of shopping but also because of the Academy of Brera where is located the famous Brera Art Gallery, containing one of the foremost collections of Italian paintings. Also the Italian national newspaper, Corriere della Sera, has its headquarters in one of these narrow and beautiful streets. 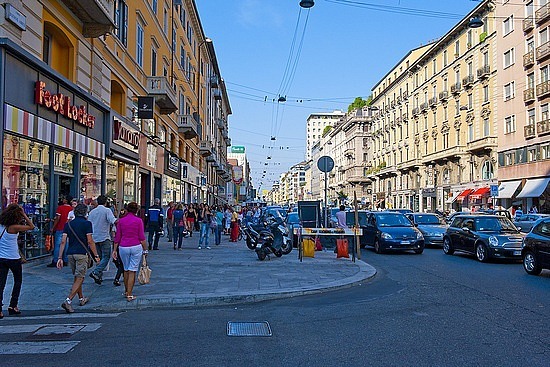 Corso Buenos Aires is a major street in Milano and counts over 350 shops and outlets. Indeed, it features the highest concentration of clothing shops in the whole Europe. As a consequence, it is one of the busiest streets of Milano but unlike via Montenapoleone or via della Spiga ,Corso Buenos Aires hosts stores that are more oriented towards mass products. Modern fashion outlets have replaced the small shops that used to sell traditional products and that once used to populate this area. A lot of ancient buildings have been replaced by more modern structures, however there still are some neo-classical and art nouveau buildings. 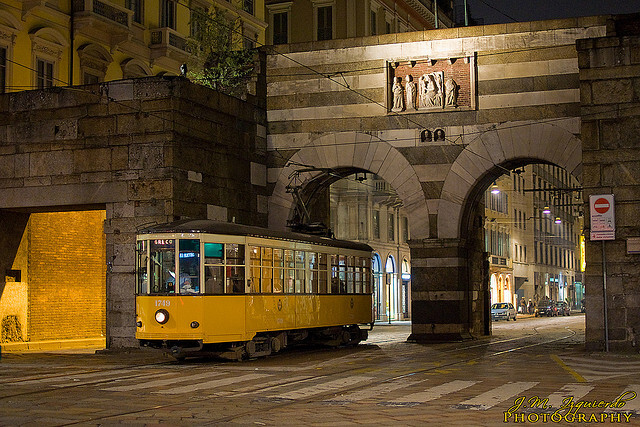 This street is part of the quadrilatero della moda, a high class shopping district in the city centre that includes via Montenapoleone, via Manzoni, via della Spiga and Corso Venezia. Therefore many fashion retailers are located here even though the area is also well known for the presence of the Museo Poldi Pezzoli and the Grand Hotel et de Milan. The museum will offer you a great variety of Northern Italian artists and is also notable for its Flemish collection. The exhibition also includes weaponry, glasswork, ceramics, jewelry and furnishings. The hotel instead, is one of the most elegant and beautiful luxury hotels and became famous with fashion designers during the 60s and 70s when Milano started hosting its fashion weeks.

As you probably have realized by now, Milano is one of the best places for shopping in the whole world. Fashion characterizes this city that can be considered as the most elegant city in Italy. But fashion is not the only thing it is known for. Arts are part of this beautiful reality while the Milanese cuisine will definitely help you falling in love with this Italian gem.