“The young generation [are] the real saints of the new world.” The power of youth and the belief that the very young and very old just want to be free, is the new kind of culture we are seeing new creative director Alessandro Michele bring to life at Gucci. 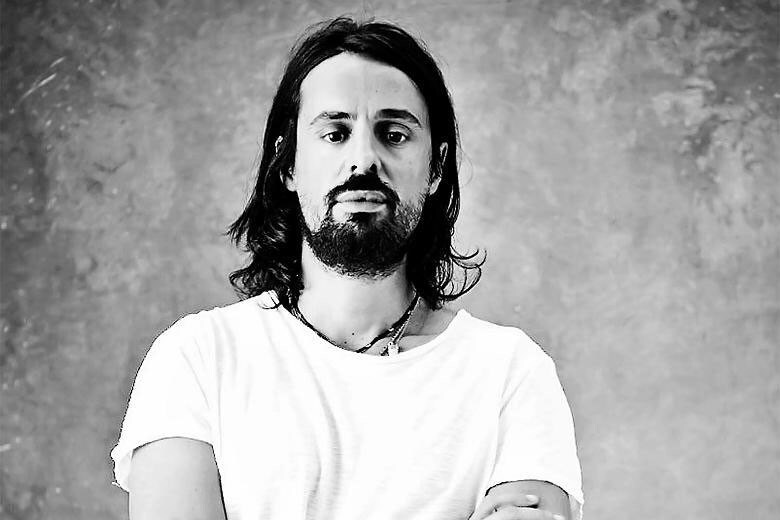 For the brand’s Spring 2016 Menswear collection, Michele has challenged the ideals of the style synonymous with the label’s Tom Ford period. A time where Ford gave a fairy godmother makeover to a dishevelling brand, whose customers had lost faith.

But that was then and this is now. For his most recent collection, Michele has toyed with the ideals of détournement. A term coined by the Situationist International (SI) movement of the 1960’s, demonstrating the influence previous work can have on something new and original.

What Michele has done is make us question the “renewal of possibility.” Could our expectations and our familiarity, be challenged and used to create something shocking and unique? Yes it can.

Michele consciously challenged the history of the brand to pave way for its future and for its youth. A future that asserts the notion that eclectic and feminine styles are not just for the girls. Michele states, “dressing up can give you the possibility to express anything that you want to be” and that gender ambiguity is fuelled by the younger generations.

We can see the lines of gender being blurred in the soft and feminine motifs- pastel coloured shirts, jackets and trousers were all adorned with natural embroidered patches and prints in the forms of bees, butterflies and flowers. Ruffled sleeves, high necklines and pussy bow-collars all added that feminine touch. 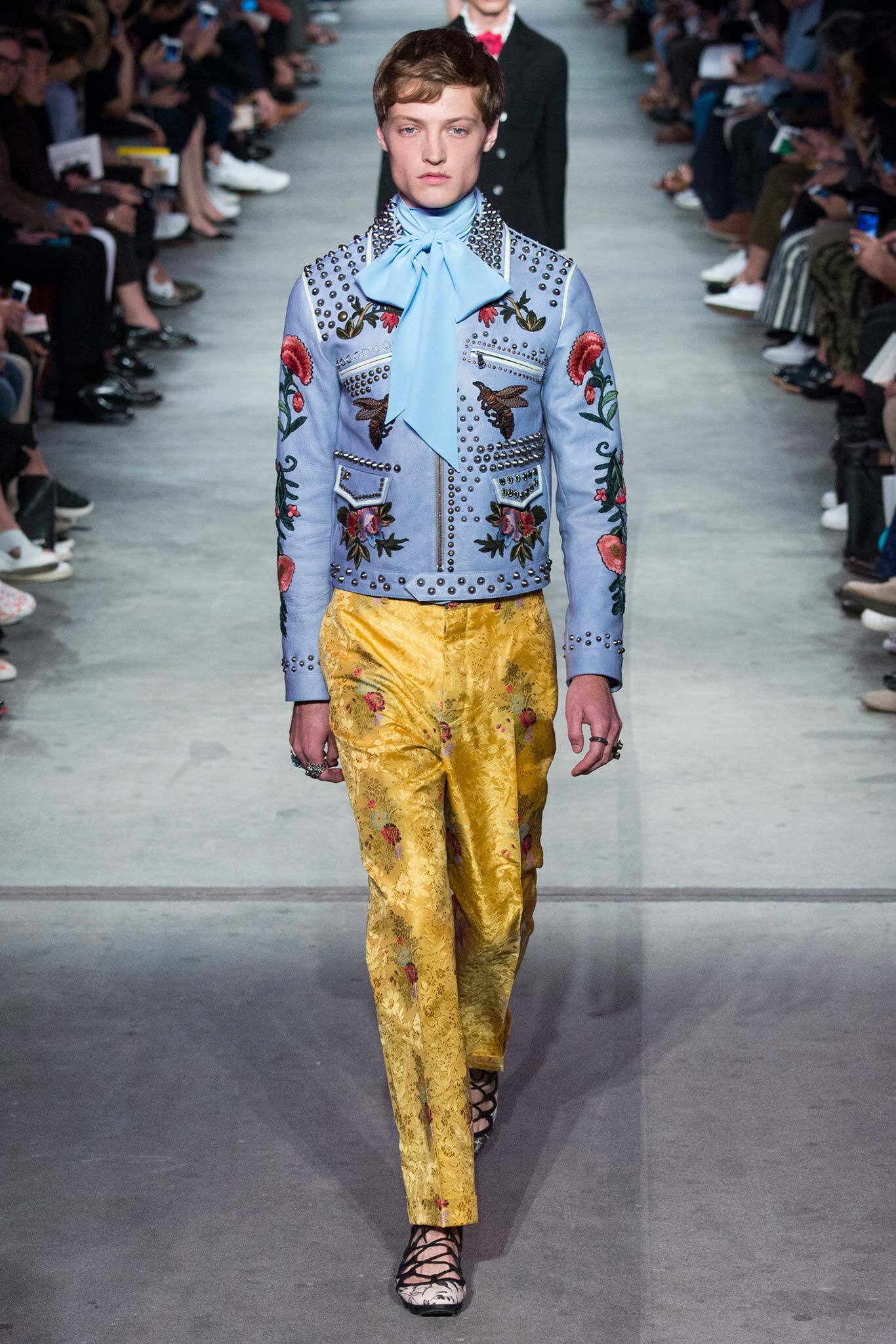 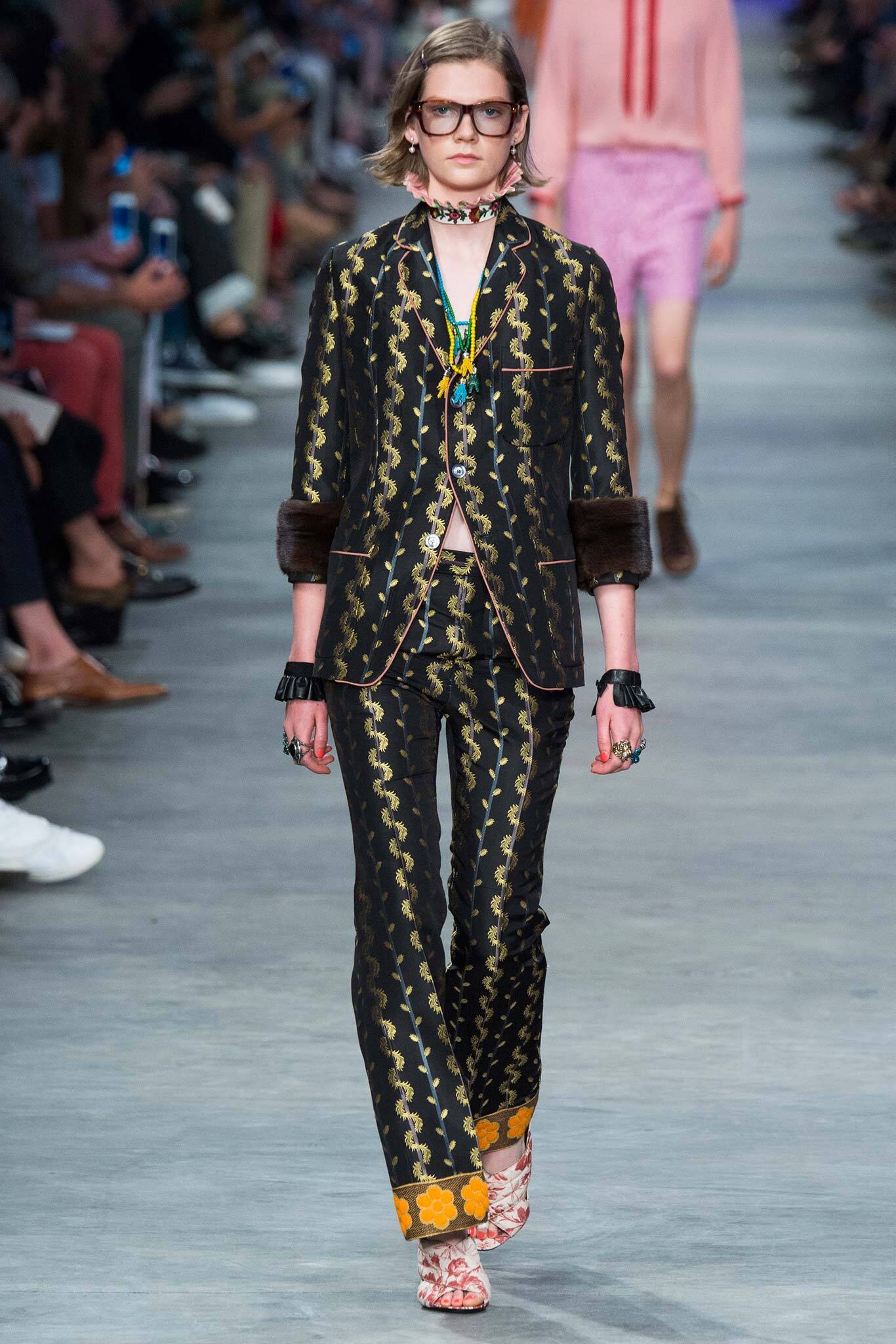 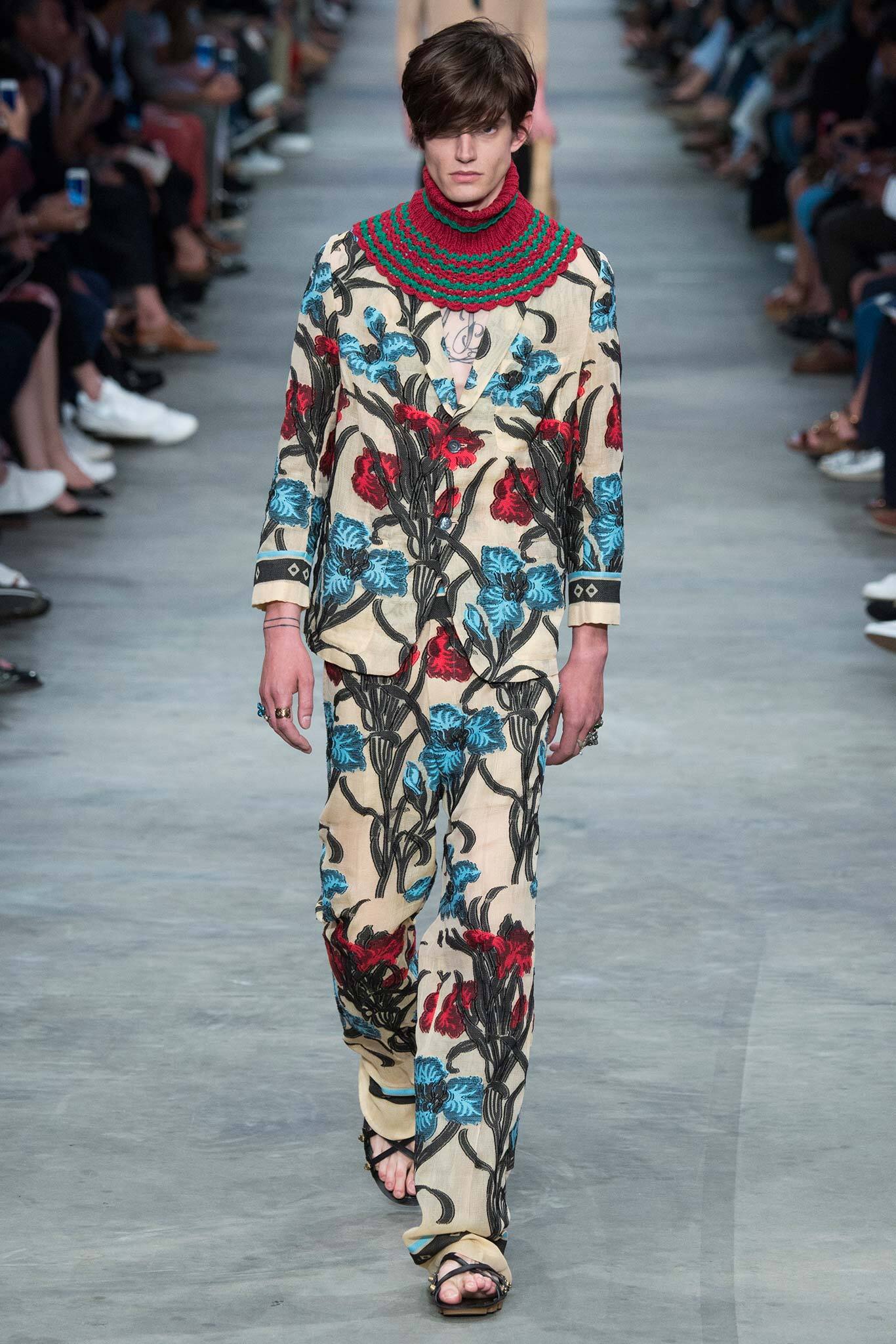 In terms of silhouette, it remained fitted. Coats were tapered in with belts, suits were tailored and garments made of sheer lace accentuated the shape of the wearer’s body. But it’s the image of female models walking the menswear runway, wearing the same styles as their male counterparts, that enforces the idea of androgyny. Seeing these men and women, looking no different in their suits and floral prints, challenging the idea of what is traditional and what is today. 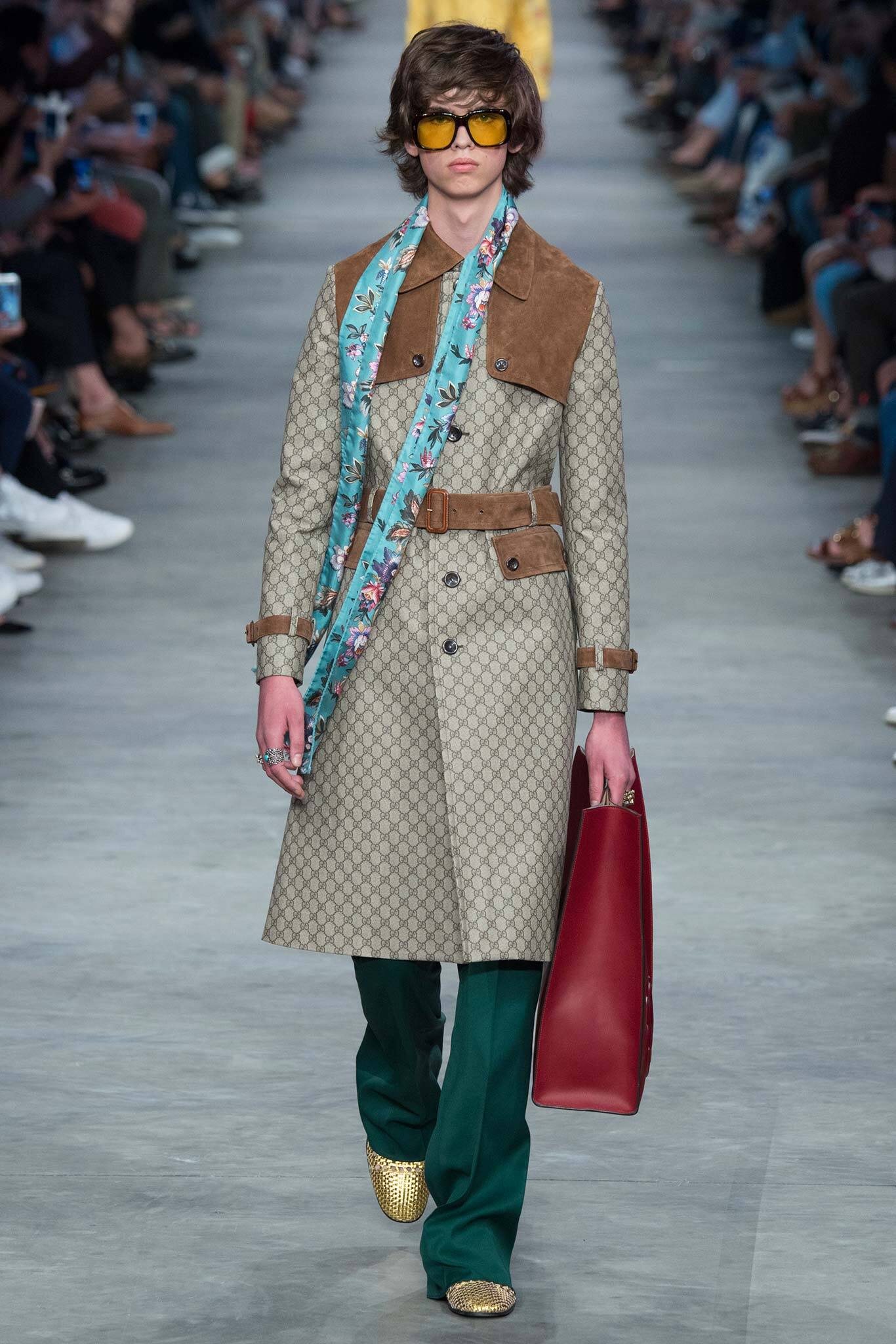 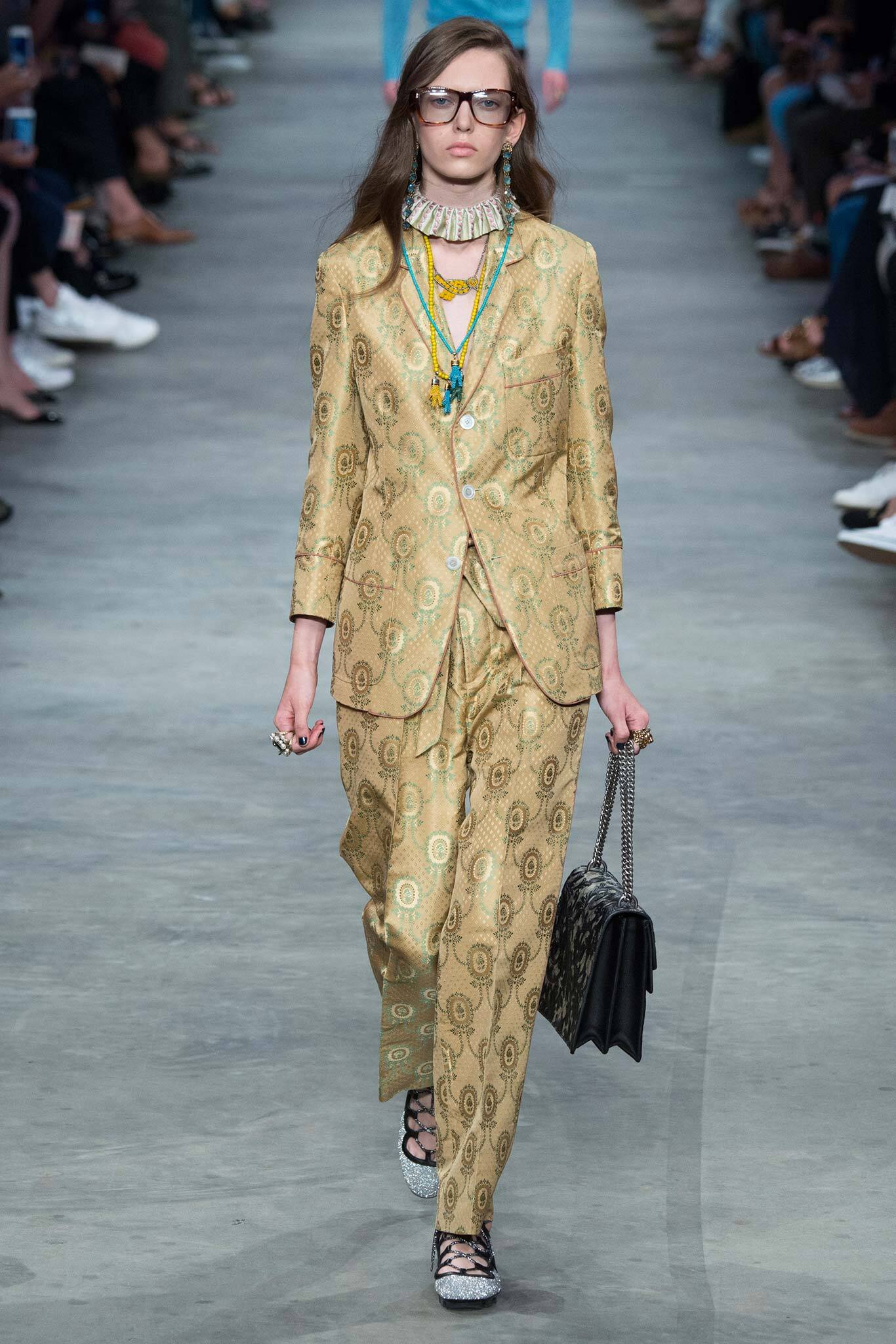 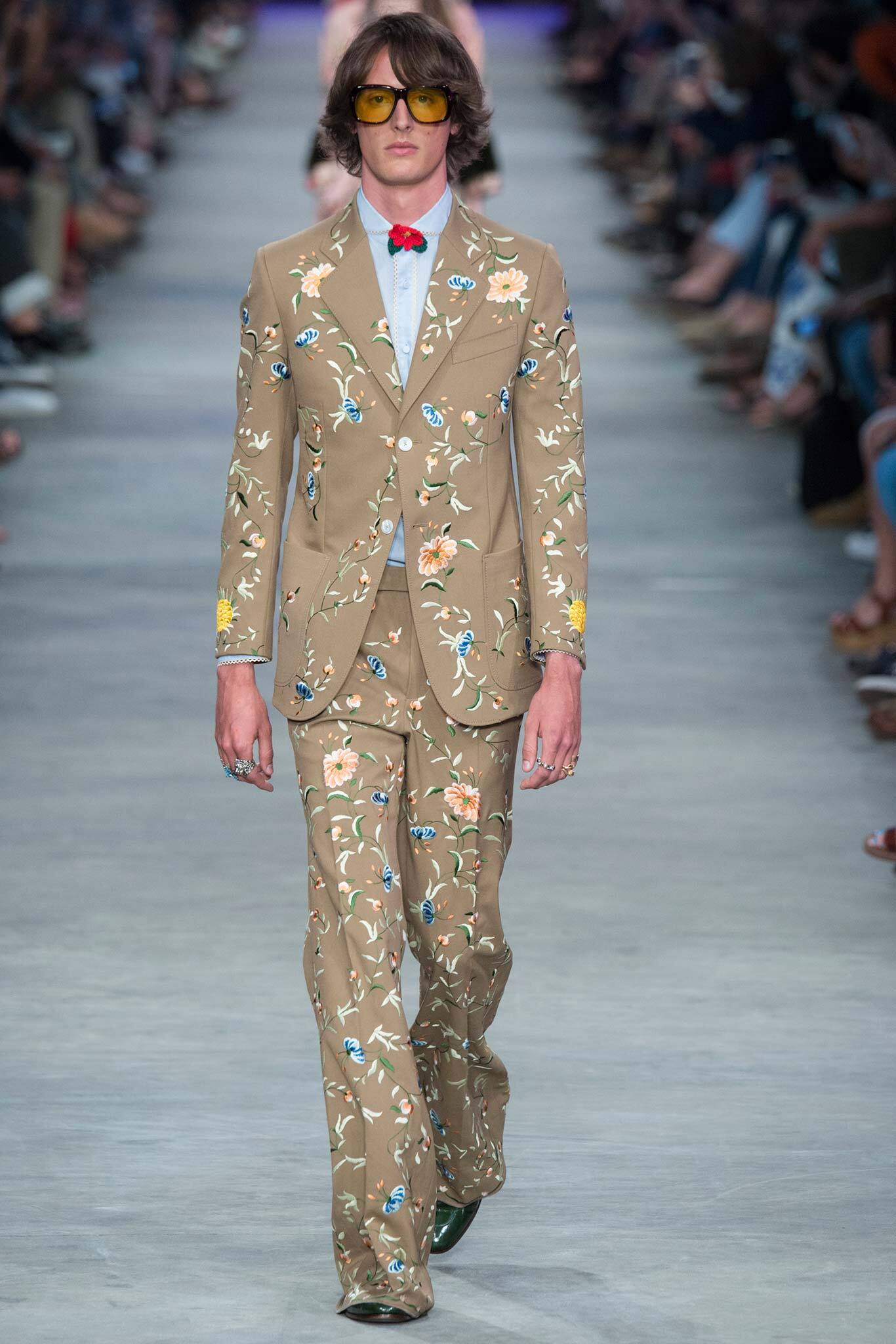 So what can we next expect of Michele, but more importantly of Gucci? Can we expect to see another transformation, or maybe even a new era for a brand so deeply rooted in fashion culture. Though what we do know is that we can expect to see someone determined to define the language of the brand, to expose its history but to also write its future.