France is one of those countries where you could spend a lifetime yet there would always be something new to discover and a new place to visit. This land, where 66.6 million people live, extends from the Mediterranean Sea to the English Channel and the North Sea and from the Rhine to the Atlantic Ocean. French usually refers to their country as ‘l’ Hexagone’ (the Hexagon), due to its peculiar shape. Sharing borders with Belgium, Luxemburg, Germany, Switzerland, Italy, Monaco, Spain and Andorra, some of its cities (mainly the ones nearby the borders) have got influenced by the other countries’ and populations’ culture and tradition, making France an even more interesting place to visit. Plus, it shares the honor with Morocco and Spain to be one of the only three countries to have both Atlantic and Mediterranean coastlines. Depending on where you go you will find different weather too just like different activities. Want to go somewhere that offers you as much variety as possible? Choose France and you won’t regret it! 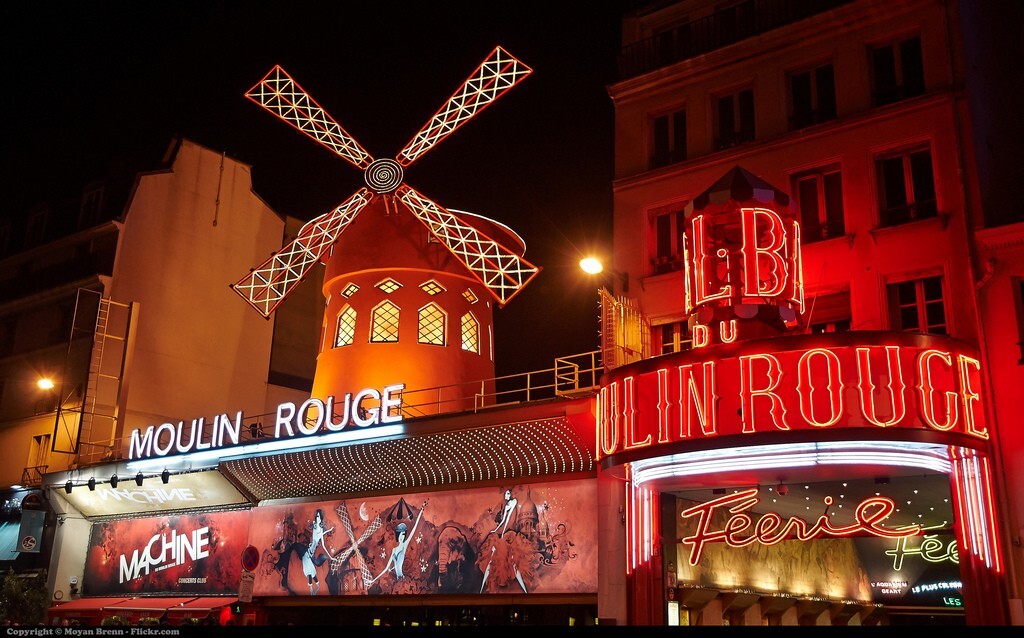 Of course the capital is on top of our list. We have spent so many words on Paris yet there will never be enough adjectives to describe the beauty of a city which is unique in the world. Paris’ lights will totally enchant you and the city will win your heart with its architecture and romanticism. I consider walking under the Tour Eiffel as one of the 30 things to do in your life. In each neighborhood you will breathe a different air but all of them are bounded by that classy French touch that characterizes Paris. Arts and fashion are really big here so take your time to visit the Louvre, Centre Pompidou, also known as Beaubourg, or Musée d’Orsay and take a stroll on the Grands Boulevards. For a stay to remember try to book a room at La Tremoille that won four of the World’s Best Hotels Awards, or at the Hotel du Louvre, with most of its rooms overlooking the Louvre Museum. 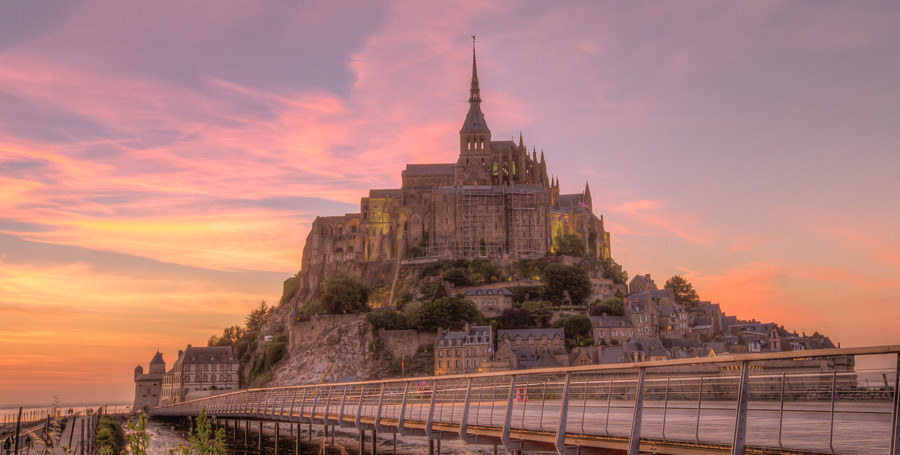 This tidal island in Normandy is one of the most popular places to visit in France. It is an ancient island-Abbey that somehow escaped from the destruction caused by the WW II. Mont Saint-Michel with a land of 600metres only is part of the UNESCO list of World Heritage Sites together with its bay area and every year more than 3 million people visit it. However, the island is only accessible when the sea levels are low, so take this into consideration when booking your trip here. The town composition mirrors the feudal society: you will find on top God, symbolized by the abbey and monastery while below the great halls, then stores and houses. Spend your stay at the Hotel L’Ermitage, situated in the Bay of Mont Saint-Michel, which counts seven suites and a private terrace. What are you waiting for? 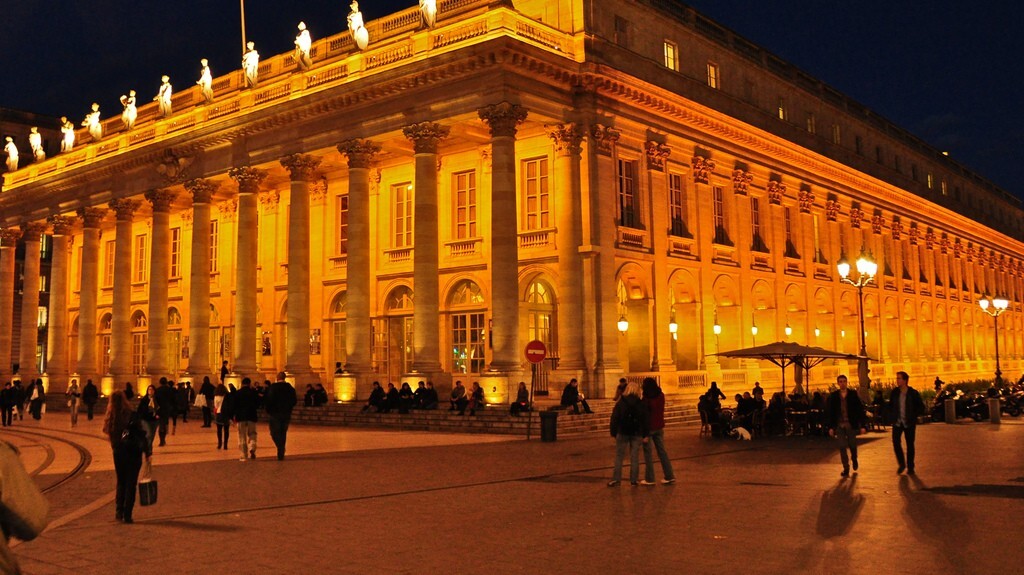 Situated in southwestern France, Bordeaux is a port city also famous for its wine, which has been produced since the 8th century. The historic part of Bordeaux is on the UNESCO World Heritage List. The city indeed, has an “outstanding urban and architectural ensemble” of the 18th century. Bordeaux will conquer you with its small squares all covered by the tons of cafés’ and restaurants’ tables and with its rooftop bars. Perfect for a trip with your friends: since the University of Bordeaux is located here, the city offers a lot of activities for young people just like many clubs and outdoor bars. Make your stay unforgettable booking a room at the Grand Hotel Bordeaux, in the heart of the city and next to the main shopping and entertainment area and popular wineries.

If you are a Mediterranean Sea lover you can’t miss out on Nice and the French Riviera. Become famous during the Brigitte Bardot era, since then the Riviera, known as Côte d’Azur, has always evocated elegance and luxury. Nice, St.Tropez and Monaco are probably the most visited cities, but the area is also known for the Cannes Film Festival and other smaller villages like Eze and Saint-Paul de Vence. If you are planning to be lying on the beach the whole day while sipping cocktails and champagne, you will fall in love with the French Riviera. Book your room at the Chateau De La Messardiere, a castle situated in Saint Tropez or at the Boscolo Exedra Nice. 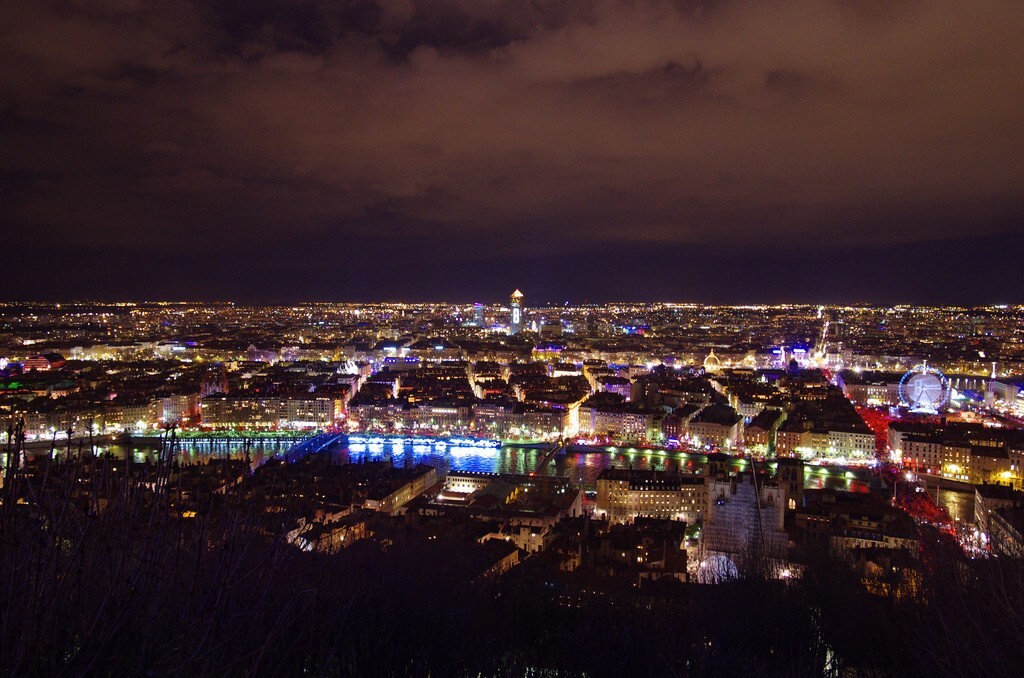 France’s second largest metropolitan area is what you were looking for if you want is to spend your holiday in a big metropolis. Lyon is well known for its beautiful architecture, which reminds of the Parisian one, and appears on the UNESCO World Heritage Sites list too. Two rivers, the Rhone and the Saone, converge to the south of the historic centre, making your evening stroll around the city even more magical. Lyon can also be proud of its modern area: its newest neighborhood, la Confluence, has been undergone an urban renewal project and now architecturally audacious buildings are located here, like Le Cube Orange and Le Cube Vert. Spend your nights here are the Villa Florentine, which will offer you great panoramic views of the city. 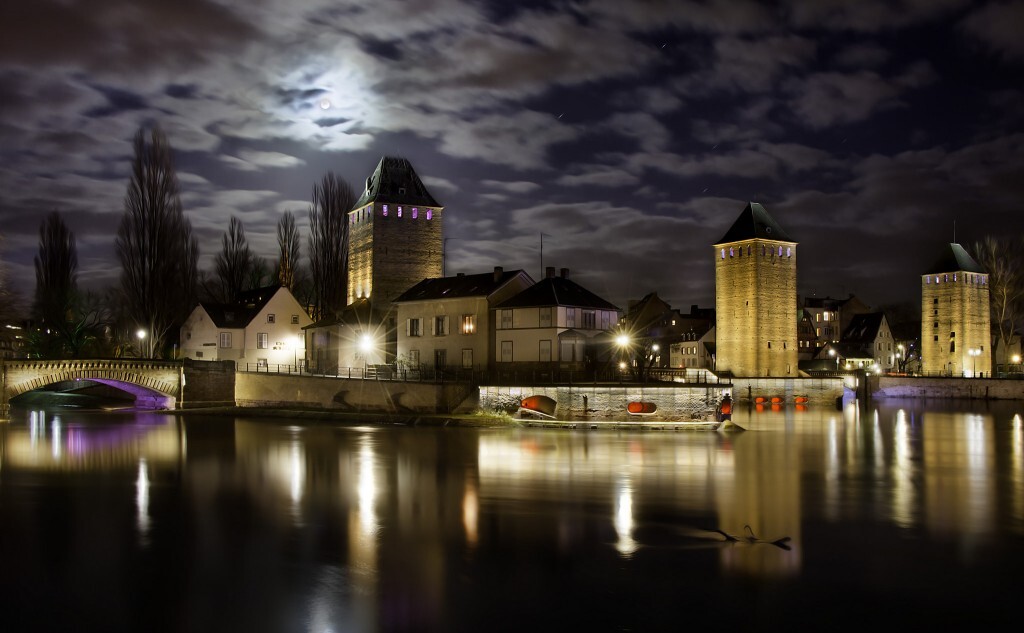 On the border between France and Germany, Strasbourg serves as the seat of the European Parliament and is home to many other European institutions, like the European Court of Human Rights. This is one of those cities where you can feel the influence of the German traditions, also in terms of food culture, considering that it was historically an Alemannic-speaking area. Strasbourg’s city centre, the Grande Ile, is what makes Strasbourg one of the top 10 cities to visit in France. Written up on the World Heritage Site list by UNESCO in 1988, it is home to the world’s fourth-tallest church, the Strasbourg Cathedral. Reserve a room at the Sofitel Strasbourg Grande Ile.

Located in the Île-de-France region, Versailles is best known for its worldwide famous Château de Versailles and gardens of Versailles, both UNESCO World Heritage Sites. Apart from the beauty of its architecture, the Palace of Versailles’ importance also lies in the fact that it is a symbol of the absolute monarchy of the Ancien Régime. After the visit of the castle, wander around the beautiful gardens, which represent a magnificent example of jardin à la française (Garden in the French manner). Book your stay at the Pullman Versailles Chateau, in the heart of town and close to the Palace.

France’s second largest city in terms of population is located on the south coast and used to be an important trade center and port in the French Empire. Its proximity to Italy also explains its old name, Massalia, which was probably adapted from a language spoken in Liguria. Here you will find great climate, Roman ruins, medieval architecture together with several universities. Your dream hotel here would be the Villa Massalia Concorde, designed by the great Didier Rogeon. 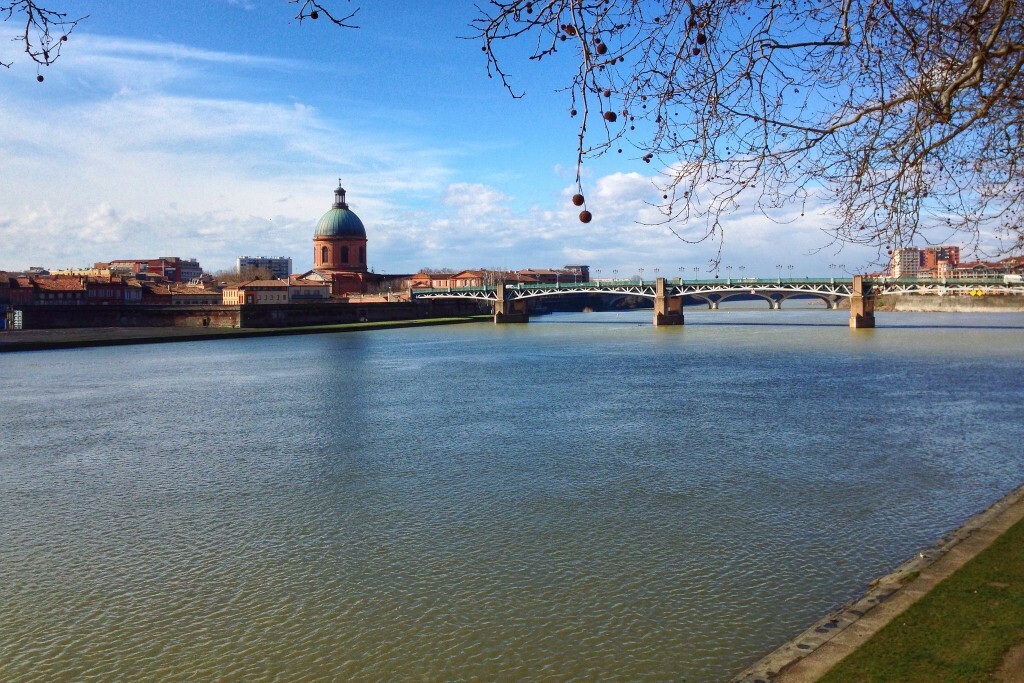 Toulouse is the most famous city of the Midi-Pyrenees region and once a famous stop for pilgrims on their way to Santiago de Compostela in Spain. Today, the city is known for its high-tech aerospace industry but also for its Basilique Saint-Sernin, defined as a Romanesque masterpiece. The city is also famous for its unique architecture made of pink terracotta brings and hosts two UNESCO World Heritage Sites: the Canal du Midi and the Basilica of St. Sernin. Book your stay at Le Grand Balcon Hotel. 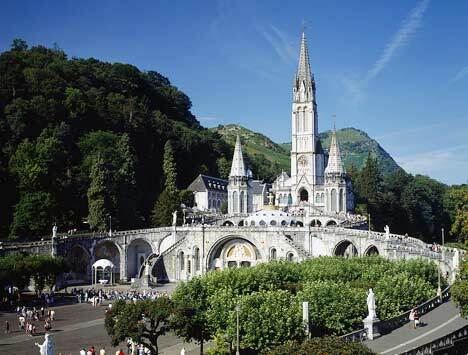 Lourdes is home to the worldwide famous Sanctuary of Our Lady of Lourdes and is one of the top destinations for religious pilgrimage. What makes Lourdes so special, apart from the beauty of the Sanctuary itself, are its “healing” waters, that turned the place into a must visit spot for believers and tourists. The six millions visitors that come every year from every corner of the world have made Lourdes the second most important center of tourism in France, after Paris. Spend a couple of nights at the Grand Hotel Moderne, in the heart of the city.