He gave a lengthy honest Stereogum interview. He stated that he still feels guilty about the effect their 2013 arrest had on Ferreira’s career. The pair were caught with heroin and ecstasy while Smith was driving in Saugerties, New York.

The consequences of his actions have hit home for Smith and he feels an incredible responsibility for the affects it has had on Ferreira.

“Basically I just was stupid,” he said. “I fucked up, and it was entirely my fault, and I fucked up my girlfriend’s life. She literally didn’t do anything wrong. She basically was just a passenger in the car with a person who was out of control for a minute. She got in deep shit… Her career got really fucked up because everybody thought she was a drug addict, which she’s absolutely not. That’s the worst part of it for me is that I really fucked her over.”

He also admitted he had a previous arrest warrant for driving without a license and the drugs in the vehicle belong to him. The court has ordered Smith to attend rehab, while Ferreira was ordered to attend anger management classes.

Ferreira lost several modeling contracts as a result of the arrest. Given that Ferreira self-financed the release of Night Time, My Time with the money from her lucrative contracts – which have included campaigns with Saint Laurent, Calvin Klein’s ck One and Benetton – you might expect her to hold that against Smith. But she accepts her own part in the incident stating; “I did lose out on a lot of opportunities, but it was my fault, I was in the car”

Smith has struggled with various addictions throughout his liftime, however the one he most struggles to resist is heroin. He describes it as the “ultimate forbidden thing, and that makes it the most tempting thing around”

We hope he can keep it together for the sake of himself, his band and his girlfriend Ferreira who are all supporting him. 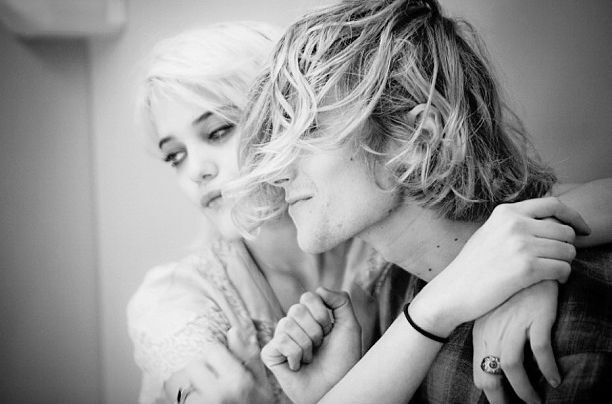