Son of infamous movie star Arnold Schwarzeneger, Patrick Schwarzeneger has started his modelling career and quickly became the face of Tom Ford’s eyewear campaign! The latest shoot for one of the most recognizable fashion houses is focused on (as we read on Tom Ford’s official Twitter account) ‘Personal, individual style of different types of women and men’.

Before the pictures will break internationally in all of the major magazines in September, we can exclusively sneak peak at one of the hottest campaigns for this Fall!

Ad campaign shot by Johnny Dufort in London proves that every woman can feel sexy, strong and fabulous and stay true to her style by wearing Tom Ford’s designs. The main picture of campaign shows 8 models styled as glamurous Divas that can run the world with their appearance and attitude.

What do you think of this campaign? Was that good idea to hire Gigi Hadid and Patrick Schwarzeneger for latest campaign of Tom Ford? 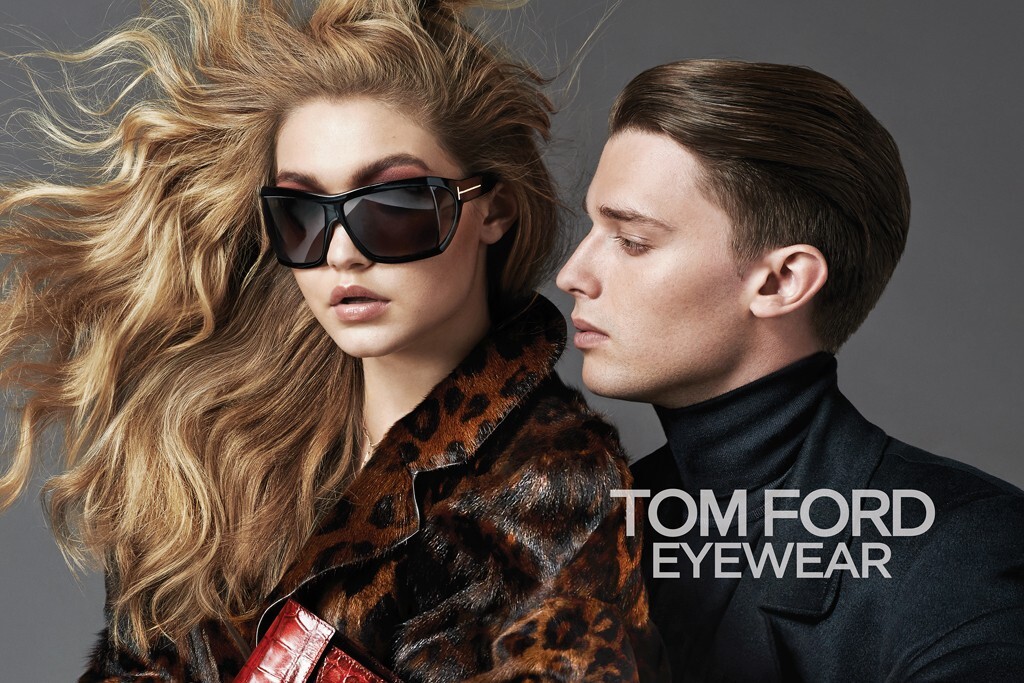