Fashion bloggers are taking over the world, one instagram post at a time. They are the people we love to hate but want to be, all at once. Whilst it’s a shameful pleasure for some, it’s a Die Hard lifestyle for others. For many this was a means to pass time and for the rest, it’s just what they were “born” to do.

In all honesty, blogging has me torn. On one hand, I can see it for what it originally was, how it brought fashion to the masses and how the industry became inclusive rather than exclusive. But then on the other hand, I see it from an industry perspective; how fashion has lost its lust and has potentially become too accessible.

Therefore I am caught in the middle – bemused by the spectacle that plays out before me, yet rushing to follow their instagram page. 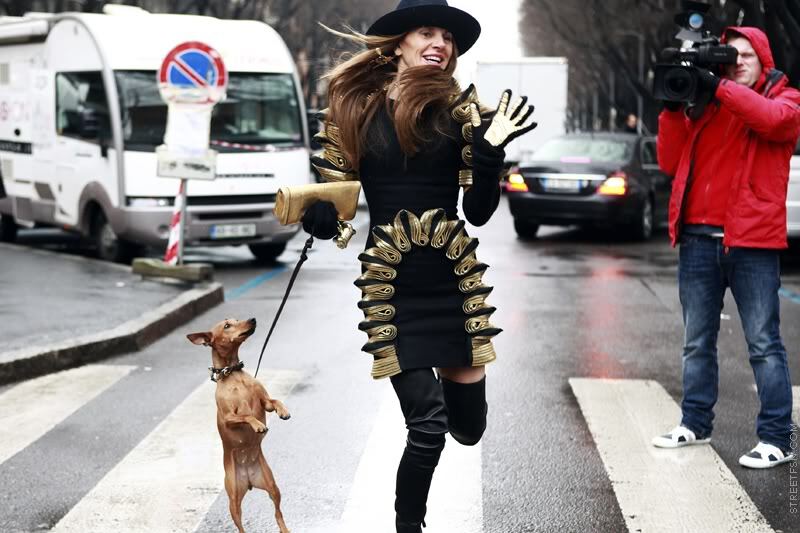 It does pose the question though, is blogging relevant to this industry? Unfortunately, I believe it is.

It’s not that blogs exist. It’s the fact that anyone, even the lady alone with 10 cats down the street who is adamant that a velveteen Juicy Couture suit is God’s gift to luxury leisure wear heaven, can have a blog because it all comes down to one thing – perspective. If you have perspective, you have a voice and I bet your bottom dollar that at least one person on this earth will agree with you. Now whilst that may make it sound like blogging is a popularity contest (because it kind of is), it becomes a bit more than that.

I don’t doubt bloggers work hard. The hours they put it to get followers, to get likes and to have people care is immeasurable. But it’s the fact they are going up against industry professionals who feel as though just because someone had a laptop and was able to configure the WordPress dashboard (it’s actually like rocket science, I’m not kidding) means they are in the same league. 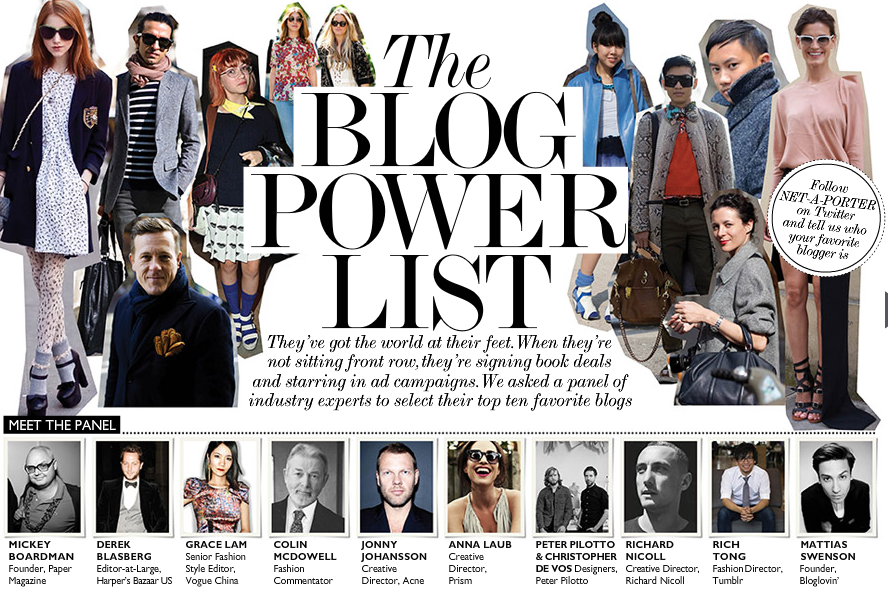 Now I want to take a step back and look as to why blogs, specifically in fashion, became so relevant. Unbelievably, it’s only been 10 or so years since this evolution began. Young individuals, who were growing up with the development of the World Wide Web found this to be a useful channel to express their thoughts, ideas and inspirations. Each decade prior to the noughties, saw a turning point in fashion style all due to changes in social and political environments. It’s as though the turn into this new millennium halted the effects of social impact in the Western world- fashion stopped becoming this statement of rebellion but something much more accessible and wearable to anyone and everyone.

So whilst everyone did their best to fit in, there were those who couldn’t and found solace in blogging as it introduced them to a community that was bigger than their classroom. Like I said before, these people found at least one person who agreed with their perspective. 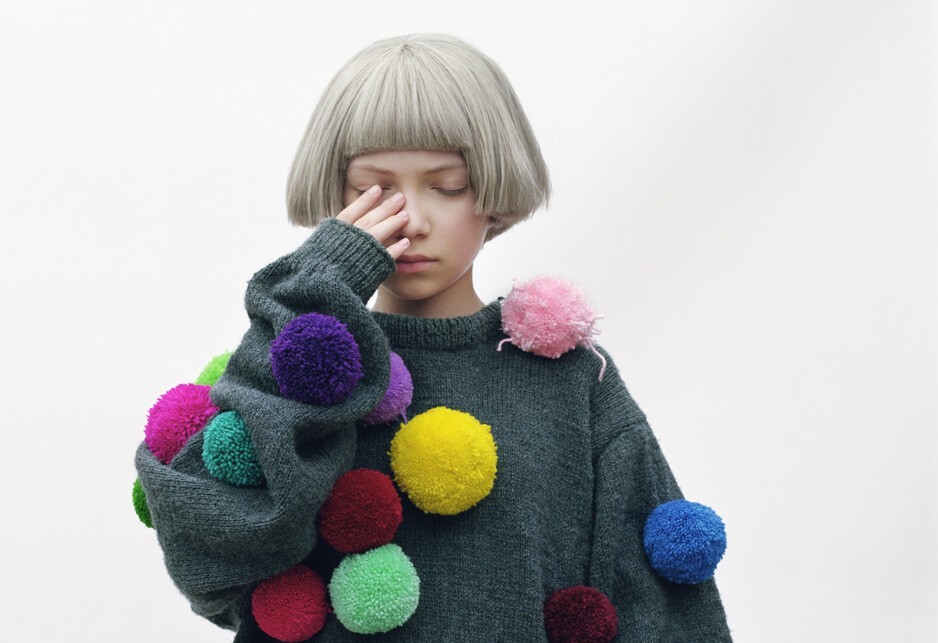 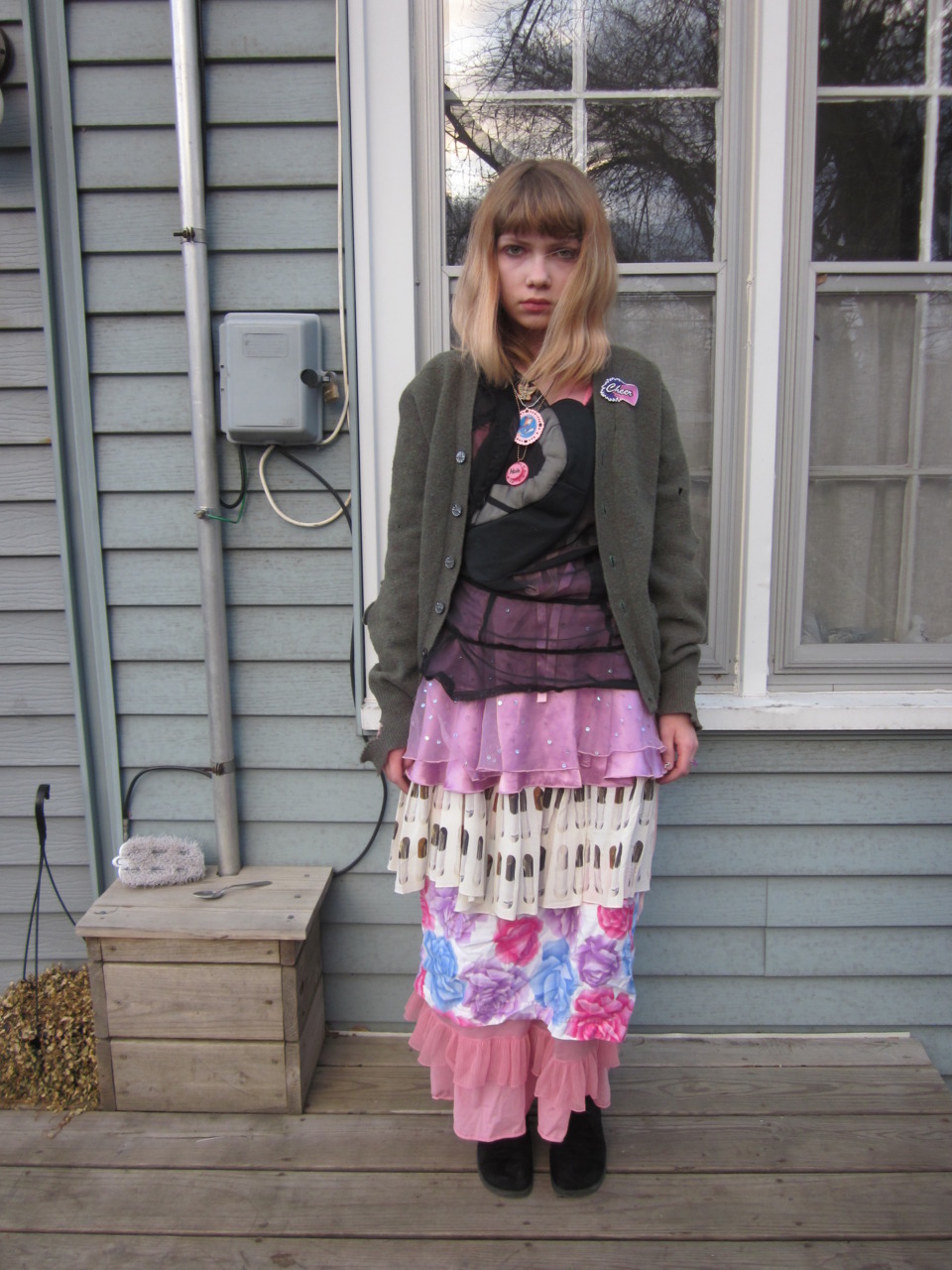 These are the individuals who opened our eyes; fashion didn’t just have to be what we saw on the runways. It was seeing the Tavi Gevison;s of the world wrapped up like a Christmas present in layers of scarves and knitwear and making it ooze with cool. It was her who told young teens to defy the standards set by their peers and be their most extraordinary self. 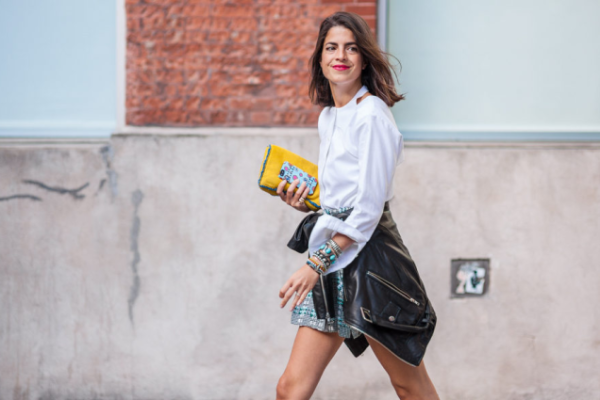 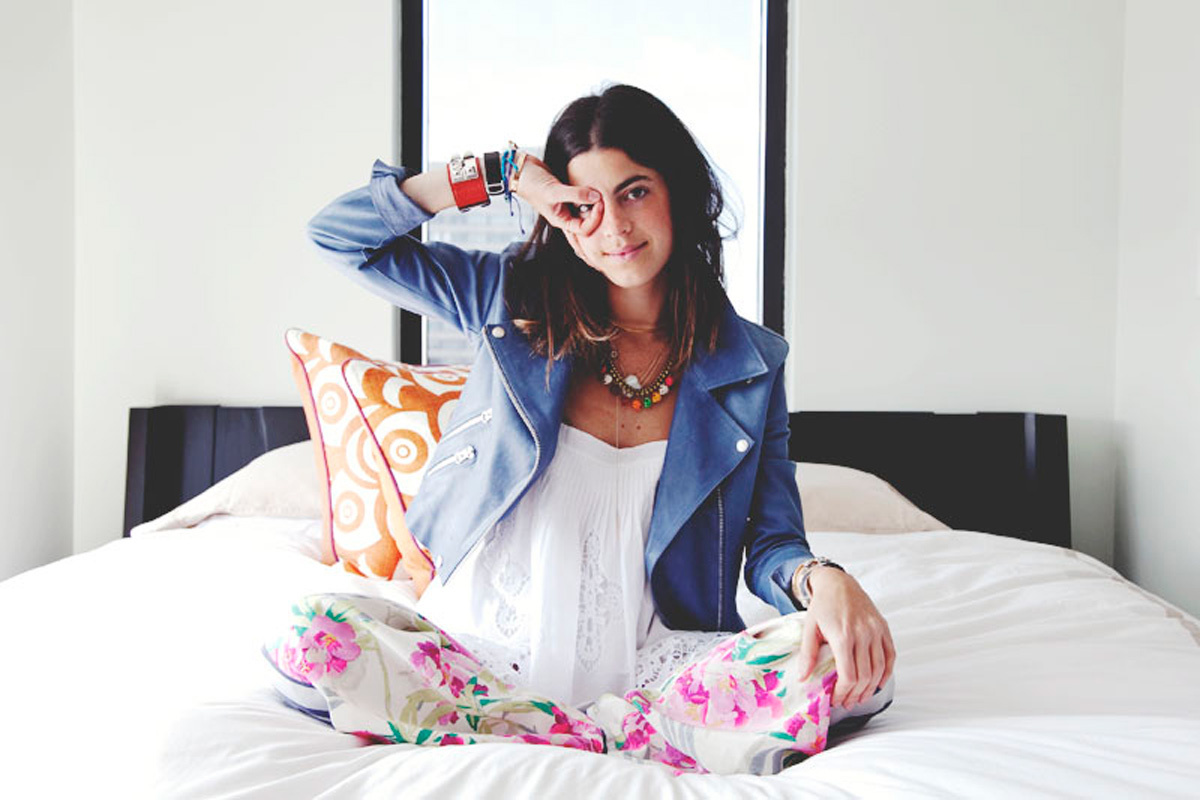 Or what about Leandra Medine, someone still very relevant today, whose blog The Man Repeller has all the independent ladies embracing their feminist love for all trends that ‘may result in repelling members of the opposite sex’.

It is these attitudes that revolutionised the way we see fashion; that changed our perspective. Fashion stopped being this dream and became our every day. We need to stop seeing blogging as a way of showing off how to best spend your pay or as an opportunity to take a stylised photo of coffee and books. We need to continue to see it for the opportunity, but more importantly the voice it was. Marilyn Monroe once said ‘give a girl the right shoes and she can conquer the world.’ I think if we give a girl (or boy) the right shoes and voice, well then she can conquer our world.