It’s no secret that there’s a dark side to the fashion industry. Drugs, alcohol and sexual harassment-stereotypes some might say. Over the years a number of those in the industry have opened up about their experiences bringing light to the no longer secret happenings in the so called glamorous world.

A big part off fashion events are the after parties. If you’re part of the industry, then you probably have friends begging you to take them to the glitzy events. What they may not know or wish to find out what, is what really happens when the cameras are off.

It’s pretty well known that drugs are easy to come by at fashion events and the long anticipated after-parties that come with it. The pressure of the industry pushes models and designers over the edge with a high number of them turning to substances. ‘My co-worker just got back from the menswear shows in Milan and supposedly one of the big designers passed around a chalice of cocaine at an after-party.’ This was a few years ago when Vice sat down with a drug dealer also involved in the industry as an agent. When asked which models partied the hardest Australia was on top with British models coming in second. ‘Cocaine is a party drug; fashion is a party industry ‘said Donal MacIntyre who worked in the fashion industry as an undercover reporter. It turns out the stereotypes are true but not just for the parties. 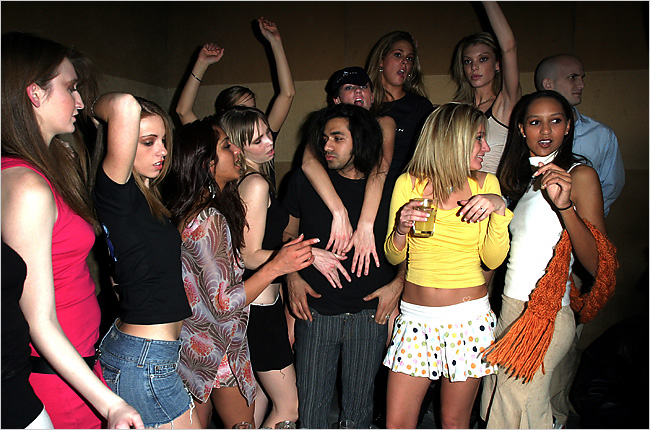 Anand Alexander at a party before his arrest.

The taking of drugs and alcohol seem to fuel those in the industry with models and designers taking drugs not only at after parties but during the shows as well – raising sales during the period of fashion week thanks to open bars, easy access to parties and people with money to spend suddenly flocking in. ‘Drugs are so accessible in the industry, and it’s difficult to steer completely clear of them’ said model Sophie Anderton. Other well-known models such as Naomi Campbell, Kate Moss and Jamie King have struggled with alcohol and drug addictions which are said to commonly accompany a career in the fashion industry. Campbell herself said ‘I never thought I was an alcoholic, but it goes hand in hand with drugs. Emotionally, I was done.’

Drugs aren’t the only downside of partying in the industry, a number of sexual assaults have also taken the spotlight over the years. Sexual abuse is a widespread issue in the industry with assaults occurring at photo-shoots and parties – what’s worse is the number of adverts endorsing the abuse almost making it normal. One you may remember is the Johnny Farah advert with a woman wearing a bag over her head and a man pulling her by a belt wrapped around her throat.

Additionally, very few cases are reported –  the biggest kept secret is the number of sexual assaults that occur. You may remember Anand Jon Alexander, a designer and convicted rapist. He was convicted to 59 years in prison in California and was still awaiting charges in Texas and New York at the time. A high number of models are very young making them vulnerable in a world of sex and substance abuse living with the fear that speaking out will ruin their careers. They become prey at parties and having to live on low wages at the beginning of their careers wealthy benefactors almost become a need no matter the cost.

Back in 2010 Heidi Mounts’ husband was suspected of rape at London Fashion Week, he was released on bail resulting in him being able to work at Milan Fashion Week not long after the allegation. The main point is it happens, anywhere at any time and mostly behind closed doors. Jonathan Phang who you may know as one of the judges on Britain’s Next Top Model said: ‘There is no denying that some extremely seedy things go on behind the scenes. There are some horrible people willing to stoop to any level to exploit beautiful young women.’

Designers also seem to have clung onto the substance abuse survival boat as a means to meet creativity demands. Alexander McQueen, CoCo Chanel, John Galliano and Marc Jacobs are just a few of the well-known designers who’ve gone down the dark road due to the pressures of the industry and personal issues. As a way of dealing with depression and finding a quick release they turned to different methods of self-intoxication to relax and get the work done. Overall the creative and glamorous industry appears to be tainted. Suffering from the consequences that accompany the high-life, a high pressured job and the expectation of perfection. 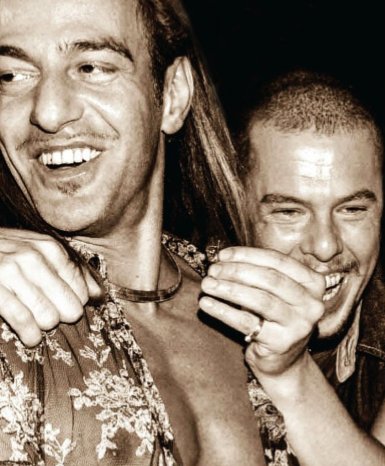