Think about Italy and what your mind will evoke are captivating cities, such as Rome, Florence and Venice, beautiful views, romanticism at its finest, world famous artworks, amazing food and well dressed people. Italy is indeed all of this and much more. This beautiful country every year draws thousands of tourists eager to walk the historical streets of Rome or just to relax and let themselves go with a good glass of red wine. From North to South there are so many cities that are worth a visit so to help you plan your dream trip to this wonderful Mediterranean country we have shortlisted the ten top Italian cities everyone should visit at least once in their life! 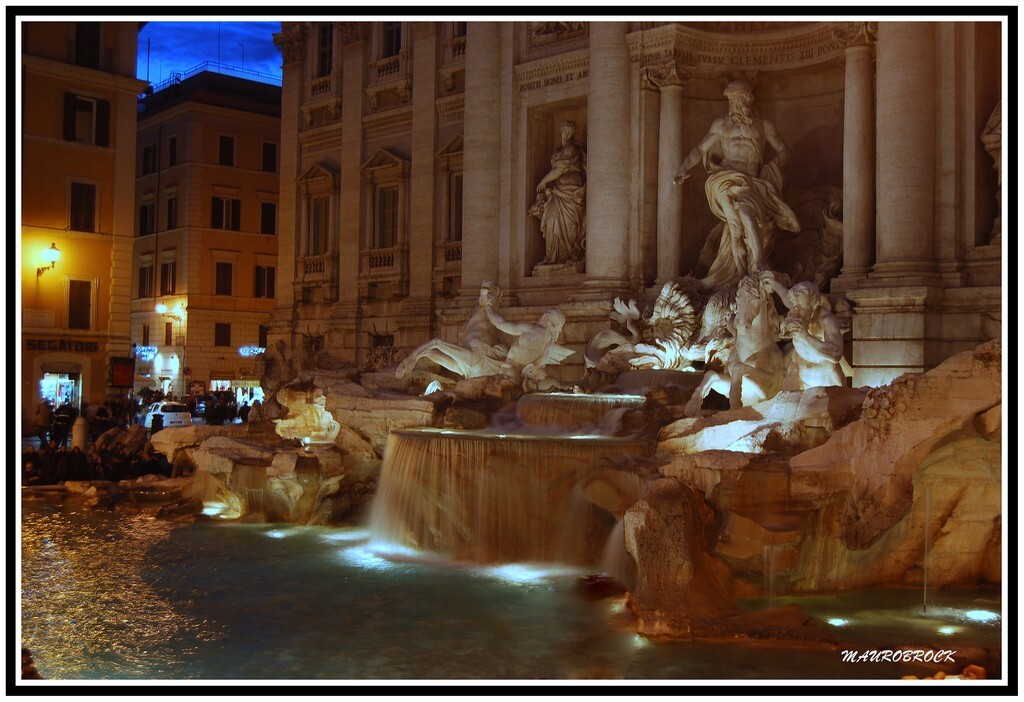 The capital of the ancient world deserves to be on top of the list. It might be a predictable choice but believe me when I say that there is no other city in the whole world that can be compared to the eternal city. Rome is fascinating and it offers plenty of things to do. It is so rich in history that if you want you could even avoid writing up a list of places to visit and you could just head to the city center and start wander around: you will bump into an historical monument, palace or statue at every step. The Colosseum, Pantheon, St Peter’s Basilica and the Vatican Museums, Piazza di Spagna and the Spanish steps, Trevi Fountain, Piazza Navona, Piazza del Popolo are all compulsory stops (yet there are so many more places to visit). Once you are done with the touristic tour, take a break from the chaos of the city and head to one of the many public parks, like Villa Ada or Villa Borghese, and if you are in Piazza del Popolo climb on top of the Pincian Hill for a heartbreaking view of the Piazza itself (sunset time is the best). If you want to go shopping head to Via del Corso or Via del Babuino and if you want to try some Roman typical dishes get a table at one of the many typical osterie. 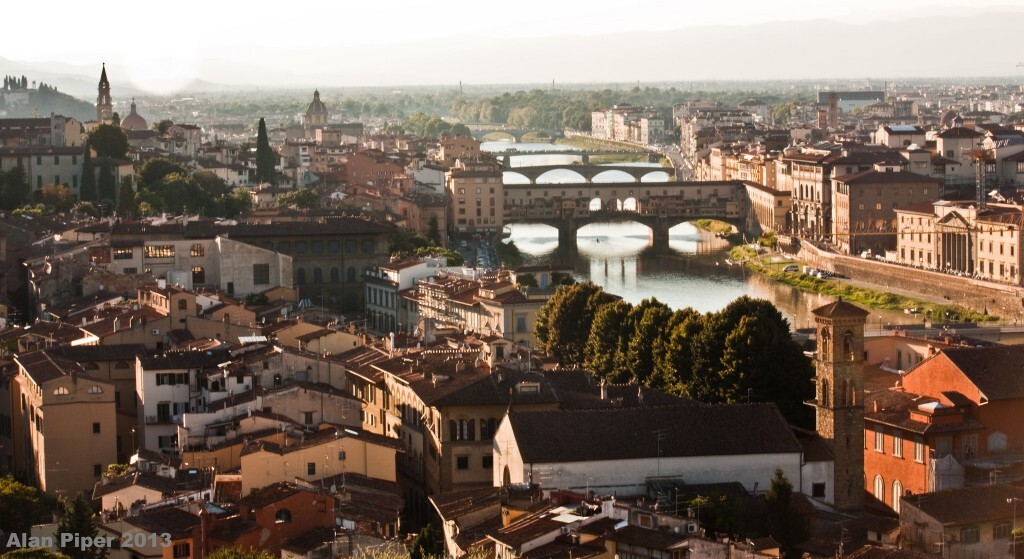 Defined as ‘Italian perfection’, Florence has been called the ‘Athens of the Middle Ages’ for its famous history and for being the birthplace of the Renaissance. Declared a World Heritage Site by UNESCO in 1982, the historic Centre of Florence attracts every years millions of tourists from all over the world. Rich in culture, Renaissance architecture and monuments, the city also offers museums and art galleries and is therefore a dream destination for every arts lovers and enthusiasts on the planet Earth. The Duomo, the Uffizi Gallery, Santa Maria Novella, Palazzo Pitti are just some of the wonderful sites to visit and they all have world famous arts masterpieces. Florence is also known for its fashion as it is ranked in the top 51 fashion capitals of the world. Instead, if you are looking for a romantic atmosphere then you are looking to cross the Arno river on the Ponte Vecchio. And if you are a food lover (in particular a meat lover) you are looking to try the famous Fiorentina steak! 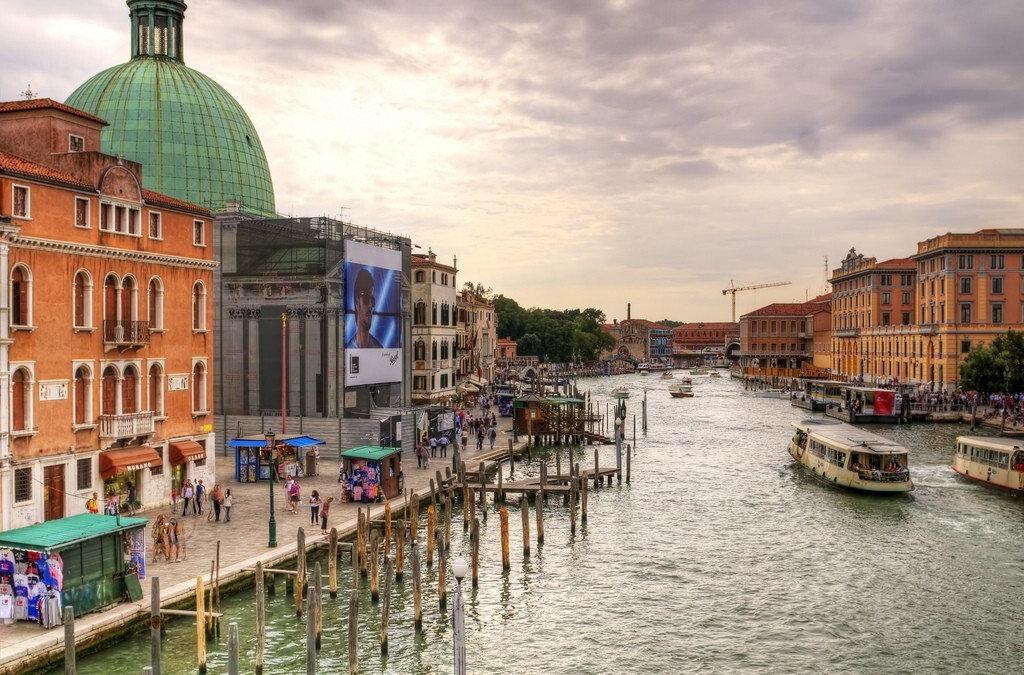 This World Heritage Site is the only city on Earth entirely located on a group of 118 small islands separated by canals and bridges. Described in the New York Times as “undoubtedly the most beautiful city built by man’, Venice has also been described as one of ‘Europe’s most romantic cities’ by the Times Online. This floating city, also nicknamed “La Serenissima” when it was the capital of the Republic of Venice, will steal your heart with its beauty and uniqueness. When heading to Piazza San Marco, probably one of the most famous Italian public squares, stop by Caffé Florian for a cappuccino. It is the oldest café in the world and has been the most famous Venetian café since 1720. The Grand Canale and the San Marco Basilica are two must visit places. The Lido di Venezia is another popular and international luxury destination and attracts every year celebrities, actors and critics from everywhere. The best time of the year to visit Venice is in February, during the world famous Carnival, or during the Venice Biennale or in late August or early September for the Venice Film Festival. 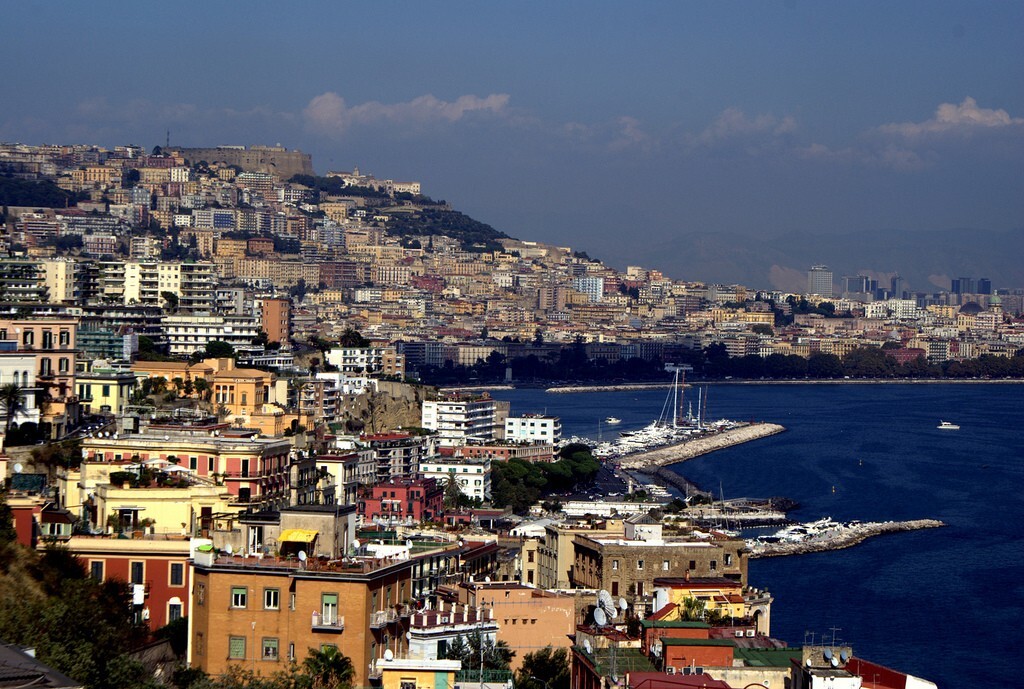 It is now time to head a bit South and discover the beauty of this wonderful city which is one of the largest metropolis on the Mediterranean Sea. Naples is one of the oldest continuously inhabited cities in the world and its historic centre is the largest in Europe. Therefore mandatory stops are: Piazza del Plebiscito, the Royal Palace, San Francesco di Paola, Teatro di San Carlo, the oldest opera house in Italy, Castel Nuovo and the Naples Archaeological Museum. For some good shopping go to the Galleria Umberto, a shopping gallery across from the San Carlo opera house, which is a true beauty itself. If you are planning a trip outside town go visit the Palace of Caserta and the Roman ruins of Pompeii and Herculaneum. Oh, and you cannot absolutely miss out on the true Neapolitan pizza! Indeed, everyone’s favorite food was originated in the city.

Architecture and fashion lovers go hand in hand in this city, which looks as if it was constructed right for them! Milan or Milano for the locals, represents the Italian capital of fashion and therefore is one of the most influent fashion capitals in the world. Indeed, if the Duomo and the Galleria Vittorio Emanuele II will leave you breathtaking for their beauty, you will surely not forget the shopping experience this city will give you. Via Montenapoleone and Via della Spiga are waiting for you, just like one of the many restaurants along the Darsena that will offer you a dinner to remember. Milan is also the financial capital of Italy and a stroll around its business district is highly recommended.

Palermo is Sicily’s cultural, economic and touristic capital. Many of its churches and palaces are UNESCO World heritage sites and places you can’t miss out on. For instance, take a couple of days to visit Palazzo Reale, the Chiesa di San Giovanni degli Eremiti, the Complesso Monumentale della Cattedrale di Cefalù, Piazza Pretoria and the Teatro Massimo, the biggest in Italy and one of the largest in Europe. Palermo is also well known for its gastronomic traditions: indeed, you would probably need a full week just try all the typical dishes! However it would be a shame to pass any of these things up: the fresh cannoli filled with ricotta cheese, the cassata and the Pane ca’ Meusa. Don’t be afraid to try the street food, it is delicious! 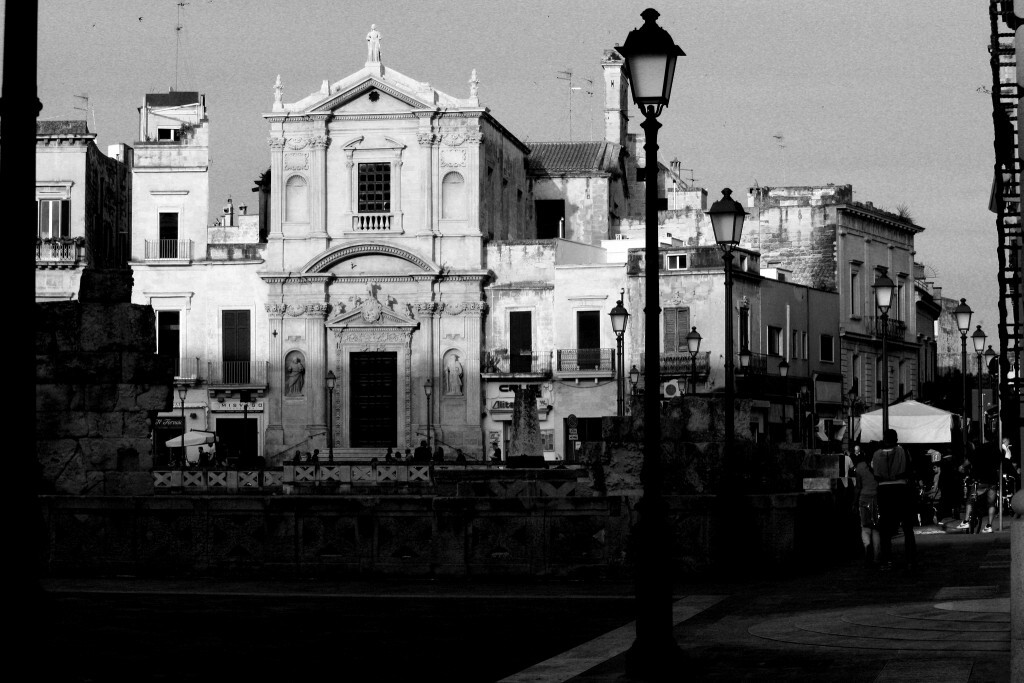 Nicknamed ‘The Florence of the South’, due to the incredible amount of old Baroque architectural monuments, Lecce can be considered one of the hidden gems of Italy. Despite being quite small it draws every year thousands of tourists, amazed by the stunning architectural masterpieces. Pizza Sant’Oronzo and the Anfiteatro Romano, the Anfiteatro Greco, the Duomo, Santa Croce, Piazza Mazzini, the Church of San Giovanni Battisti, the Triumphal Arch should all be on your to-do list. Lecce is also known for its gastronomic tradition so you can’t miss out on the typical orecchiette, pasticciotti and rustici. The two best seasons to go there are spring and summer when you can rent a car and have a trip around the many beautiful small towns in the province of Lecce. During summer time, Otranto, Castro, Leuca, Santa Caterina (nearby towns on the coast) will offer you some of the best beaches you have ever seen in your life. Indeed, in the last few years more and more celebs have decided to buy a house there. 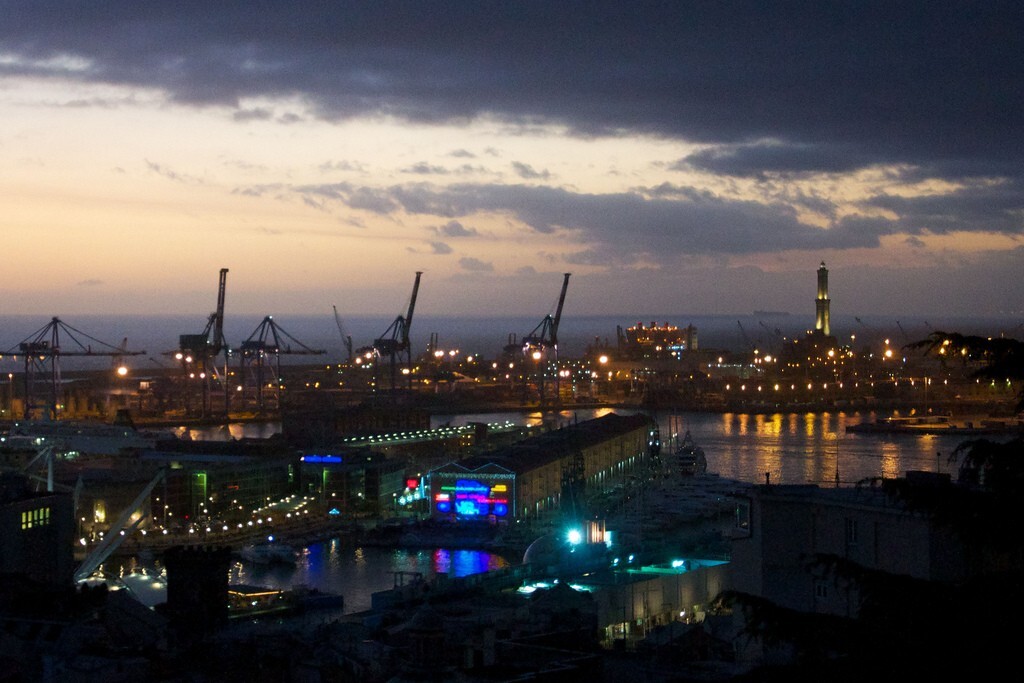 Genoa, or Genova for the locals, is the beautiful capital of Liguria and it is rich in art, music and cuisine. Part of its old town is on the UNESCO World Heritage list therefore you have to visit the San Lorenzo cathedral, the Lanterna, a lighthouse visible in the distance from the sea, and Piazza de Ferrari. The Old Harbour, that used to be one of the most important and influent Italian harbours, is still today one of the main tourist attractions and most of its historical buildings have been restored by the famous Renzo Piano. Once there, take a morning off to go to the famous Aquarium, the biggest in Italy and one of the major in Europe. And if you are wandering around Piazza De Ferrari go to the Opera, the Palace of Doges and find out the house where Christopher Columbus is said to have been born. 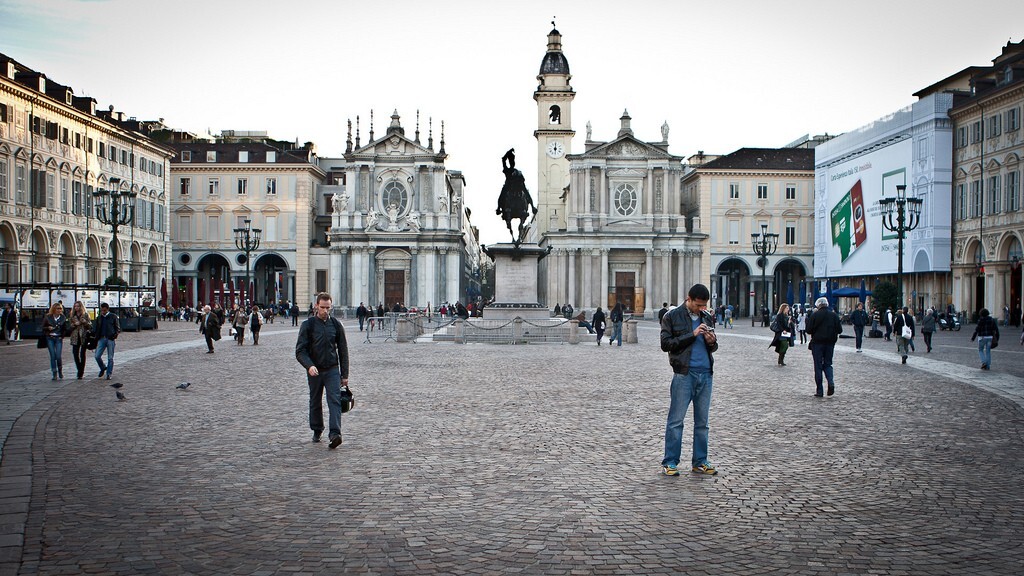 The capital of the Piedmont region is well known for its history, culture, art galleries, architecture, museums, churches, opera houses and palaces. Turin is an elegant city in the North of Italy that will enchant you with its magic. Must visit sights: Piazza Castello and Palazzo Reale (Royal Palace), Piazza Carlo Felice, Palazzo Madama, Teatro Regio di Torino and the Biblioteca Reale that hosts the famous Leonardo da Vinci self-portrait. Turin is also known for its Egyptian Museum, which is second in importance only after the El Cairo one and has been here for two centuries. When in Turin remember to try the typical agnolotti and the bagna cauda. Oh, and remember that Gianduiotto, the famous chocolate with nuts, is from here… 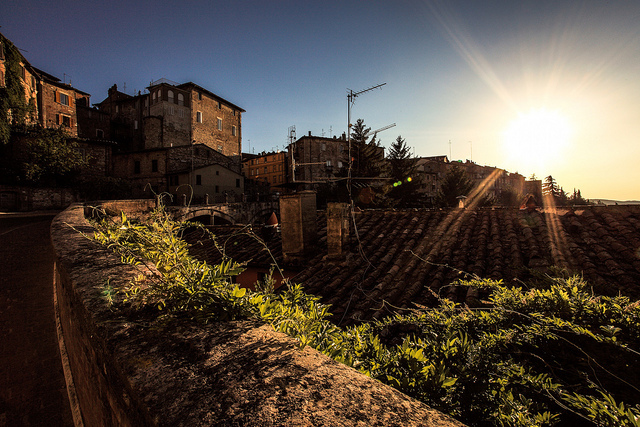 Perugia is one of the main Etruscan cities and it is a dream destination for all the arts, music and chocolate lovers. Indeed, Perugino, aka Pietro Vannucci, was from outside Perugia and he decorated the local Sala del Cambio. Eight of the pictures of Raffaello’s teacher can be admired in the National Gallery of Umbria. Pinturicchio also lived here just like the famous architect Galeazzo Alessi. The best periods to visit Perugia are during October, when the famous Eurochocoalte Festival takes place, April for the International Journalism Festival, and July for the amazing Jazz Festival that every year features incredibly talented artists from all over the globe. It is indeed, one of the most important jazz festivals in the whole world and has been held in the city since 1973.