LC:M is coming to an end for SS16 and it has been an exciting few days for menswear fashion. It’s shown that menswear is now forever growing, becoming more experimental, gender neutral and mostly expressive in all forms. From ‘bumster’ trousers to British slang ‘lads’, it’s shown that London is always the hotspot for menswear and it’s here to stay! Here’s the top 3 trends you need to know from this season. 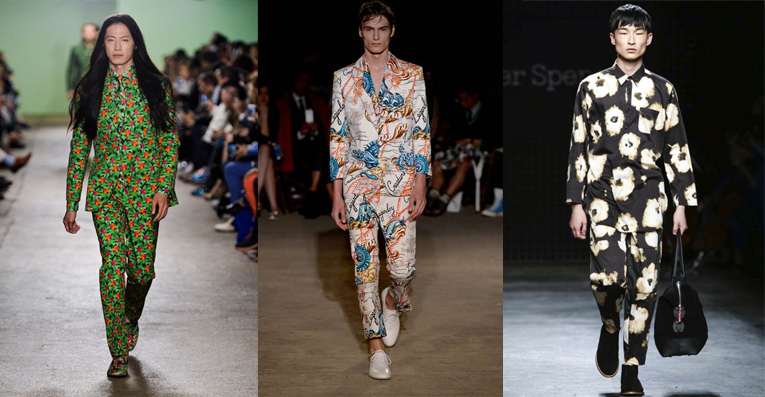 With menswear swiftly leaning to inspirations of womanswear, it’s not a shock that for summer it’s about those pattern loving co-ords. Seen in JW Anderson, Topman Design, Alexander McQueen, Oliver Spencr and Richard James it’s not a trend thats going to go un-noticed. From florals, to graphics, the co-ord trend is about dressing classy and vibrant for the summer season. 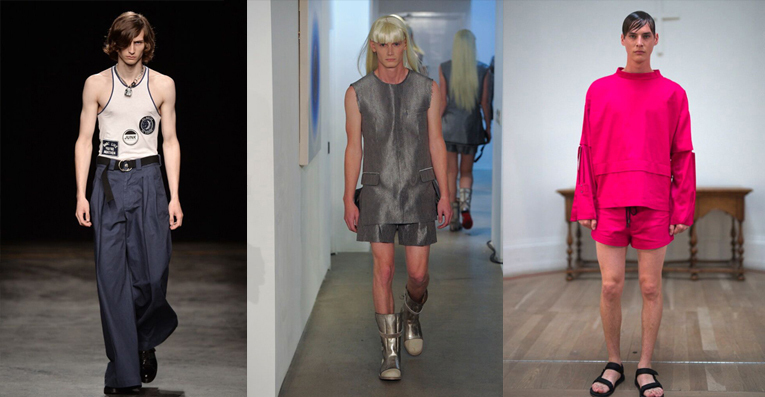 With cross-dressing and gender neutral came into the catwalks of AW15, it made a huge impact into the industry. SS16 has proved that the trend isn’t leaving anytime soon. With wide leg 70’s flares seen at Topman, tight clothing shapes at Sibling and vibrant pinks at Berthold it’s clear that our feminist image interests is growing and are a crave in the industry. This trend can be styled into any form, from co-ords, to shape, colour and influence. 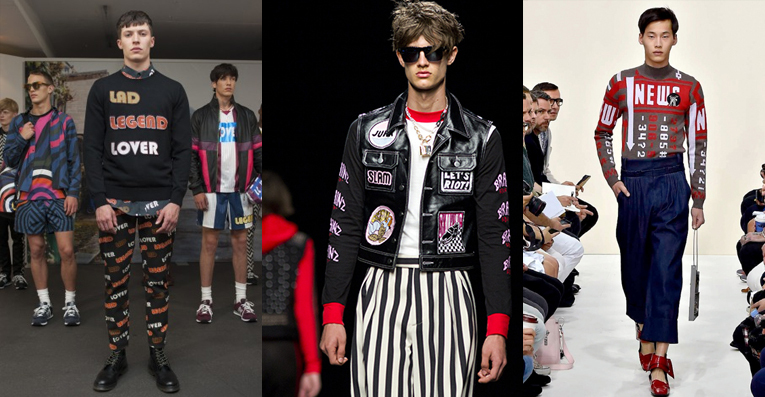 The motif trend hasn’t really left since 2014. With fashion becoming more political, it’s only going to ever grow. Design is expression, with designers working into there thoughts and not just there creative inspirations. We saw British slang ‘Lads’ at House of Holland, bringing a modern man in a bold, youthful collection. Additionally with JW Anderson with wordsearch graphics, typewriter typography and hidden messages, and lastly Topman urging the inner punk with ‘Let’s Riot’,