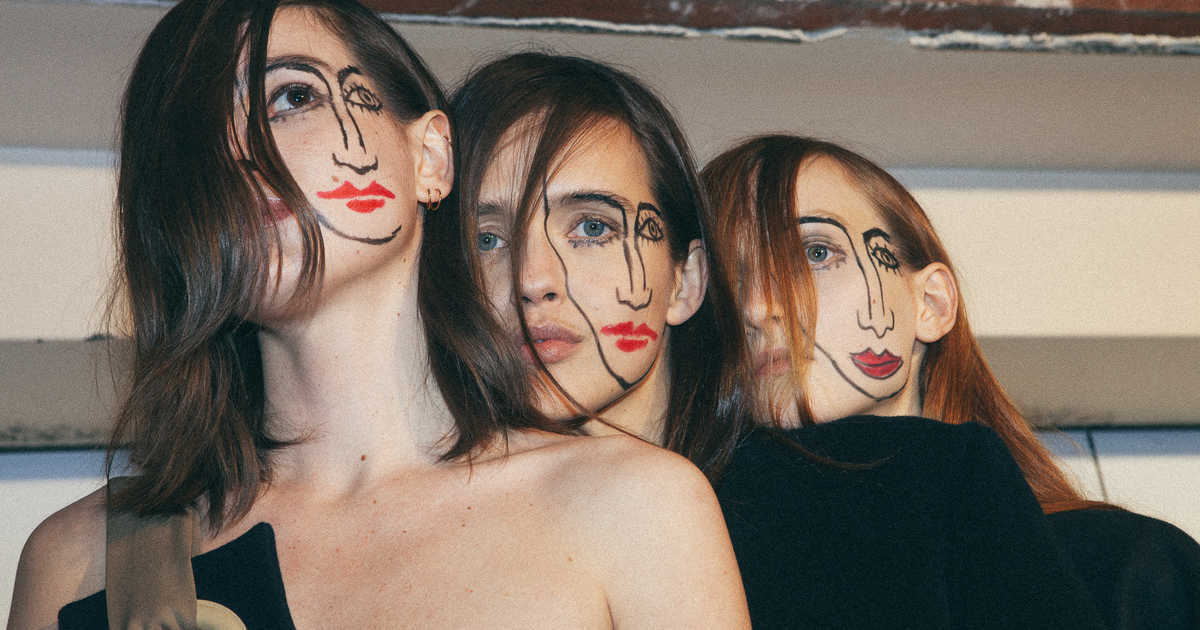 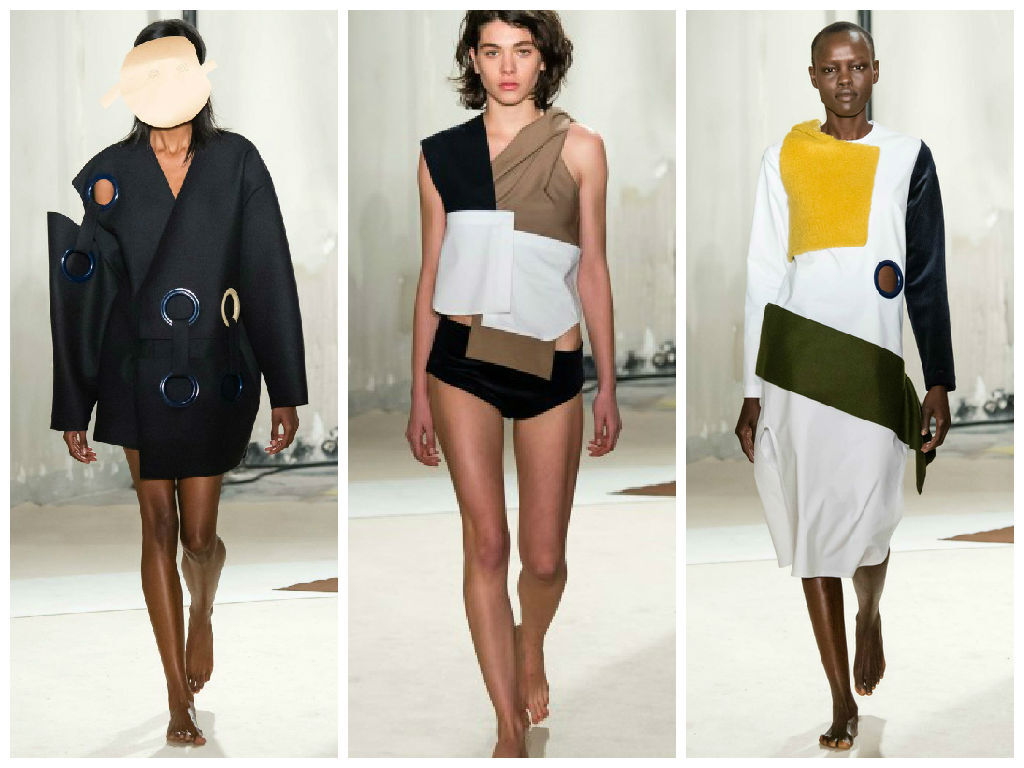 The juvenile pictures of double faces, making some of the models literally look two-faced was a playful critic of the infamously bitchy industry. The make up was also an abstract spin on playing dress up with mums make up. Porte using the concept of this child like naivety to explore ‘a time of primitivity and animal instinct when a person isn’t a man or a woman, someone that I dream of’. The clothes resembling a sophisticated collage of block colours and matte fabrics gave this impression of Porte perhaps reaching into different eras of  more innocent times, cutting them up and placing them together. Creating these origami like structures which shaped this child like fantasy. 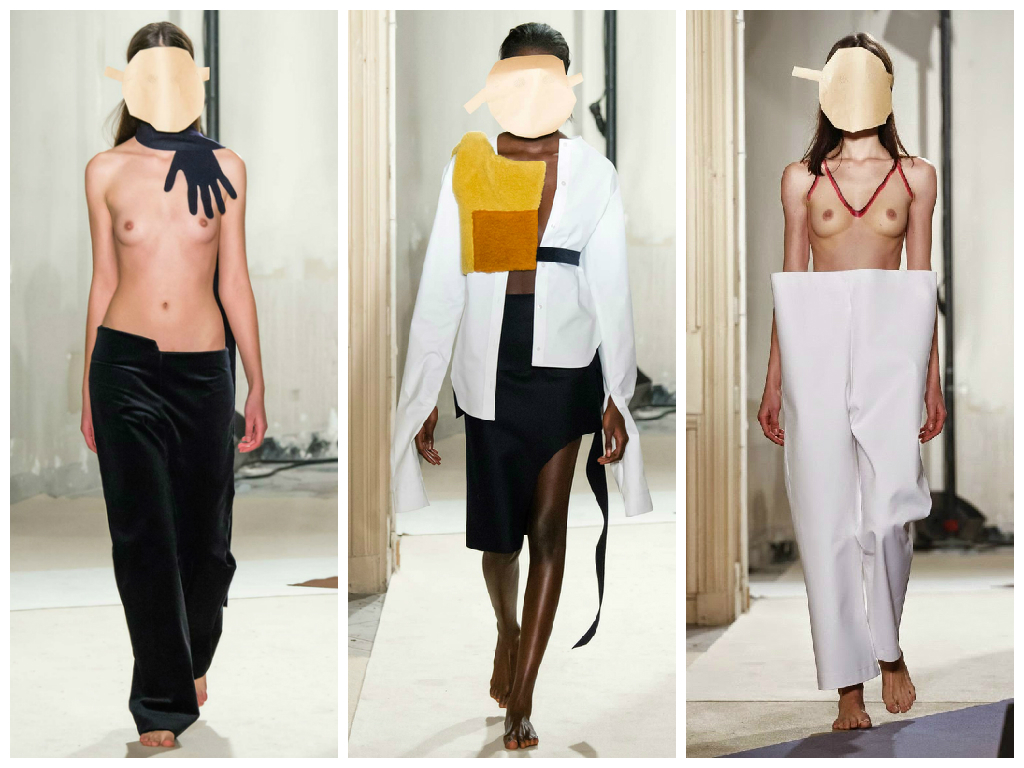 The cuts and fits of the garments however exerting a mature quality. Using this more innocent demure as a block of which to stage also his support for the free the nipple movement. Many of the models appeared bare chested – of course the exposed breast isn’t anything new to fashion catwalks. Yet Porte through his adolescent dress up appeared to be mocking societies prudishness towards the little pinkies. The models masked in childish cardboard pictures juxtaposing with the sexualised connotations of their bare chest.  A black cardboard hand coltishly lingering above one models breast, made me think about how ridiculous the whole foray around women’s breast are in western society. The hyper sexualisation of such a natural asset is ridiculous. Through our evolution as a capitalist society we have lost that innocence of childish play and need to re glue the collage of life into something more fun and free.