A controversial matter that has been brought to site in the fashion industry these past weeks – should the catwalk age be raised from 16 to 18 years old? MP Caroline Nokes led a government inquiry into the health of models that are on the catwalk, when a petition on Change.org was created by 21 year old model Rosie Nelson who was already a slender size 8 was told to slim ‘down to the bone’ by a modeling agency. – attracted over 110,000 signature supports for the campaign.

In support of Nelson’s campaign, MP Caroline Nokes launched an inquiry into where government legislation could be done to ensure that models would not be forced into being scarily thin – having a BMI a lot less than what is supposedly ‘healthy’.

MP Caroline Nokes stated that she “wants the girls working in the fashion industry to be healthy…Secondly we want them to be good role models and we want images that young people see in advertising and on the catwalk to be of healthy positive young women.” 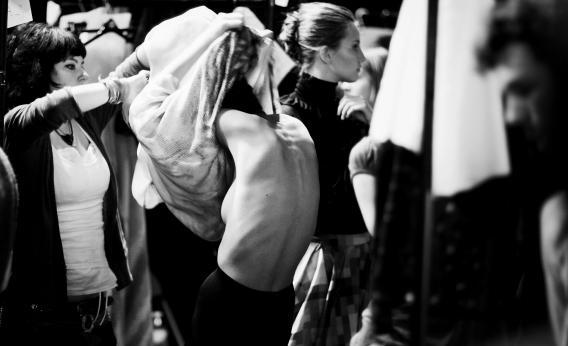 The current minimum age of models at London Fashion Week catwalk is 16. By raising the age to 18, there would be a number of positive aspects with one being that the models would be maturer, allowing them to understand and be more aware of their rights by rejecting orders from agencies to being unhealthy and the physical and mental pressures that are placed on these young models. Also, models at the age of 16 have not yet gone through puberty and so their body has not yet fully developed notably including their hips. So by raising the minimum age to 18, models will have already gone through puberty and their hips will or almost will be fully developed – resulting in the average hip measurements of models and sample size to increase.