Posh. A spice girl who married footballs darling, David Beckham popped out a few strangely named children and then turned fashion designer. Looking at Victoria Beckham’s life feels like reading some sort of warped modern day fairy tale, published in a weekly gossip magazine. I have to admit when Victoria announced a couple of years ago,  that she was to launch her own high end fashion label , aptly named ‘Victoria Beckham’ my stomach did a backwards somersault, my face grimaced and I couldn’t contain my hysterical cackling. I expected glitter,gems and gaudy clothes emblazoned with diamante ‘Bend it like Beckham’ slogans. To both mine and the tabloid media’s disappointment however, Beckham pulled it out of the bag. Her collection was chic, sophisticated and secretly I really liked it. 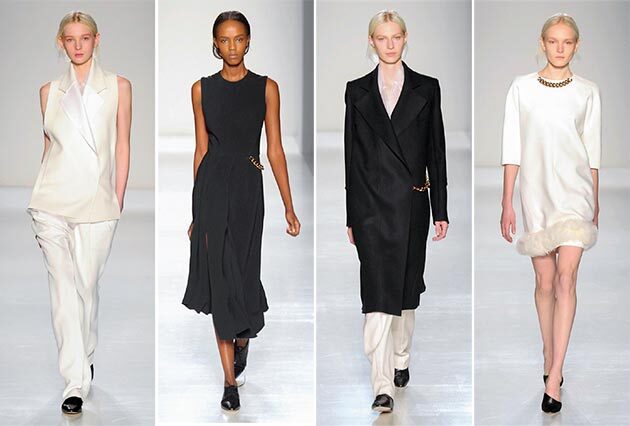 Skip forward a few years and Victoria really seems to have ‘spiced up’ her life, with David hanging up those pink football boots, Victoria really seems to have come into her own. Her company making a staggering £30 million last year, proof that posh spice truly has a manicured finger firmly in the sugary fashion pie. Although, she appears to have made that bitterly tough transition from fashion misfit to fashion darling, having graced the cover of Vogue and a regular fixture at New York Fashion week. I still have this nagging feeling that its all a farce, that Beckham is simply peacocking and has little involvement with the designs of her label.

However, in January last year, Beckham in collaboration with Skype, created a series of five ‘Skype’ videos in a attempt to qualm those quiet bitchy whisperings. An attempt to diminish the bitching that she isn’t a designer but, simply a two dimensional image. ‘Five Years – The Victoria Beckham Fashion Story’ offers up an exclusive look inside the workings of Brand Beckham, with Vicky taking us on a tour of her office,detailing her brands ambitions and showing off the monkeys that work for her. Of course video editing is a fantastic tool, in getting a viewer to believe in what you want them to think. However if we take these videos as an honest portrayal of the inner workings of the label, then it does appear that Victoria has a very hands on approach to her fashion label. That this isn’t just a fad she’s going through, that maybe she does genuinely have some artistic talent.

If you like me are still sat on the fence with Victoria in terms of how authentic and genuine her design talents truly are. I would still recommend having a little browse of the five videos. Perhaps the most interesting part of the series being when British Vogue editor Alexandra Shulman reasons why she made the controversial decision, to put the ‘designer’ on the cover of Vogue and Juergen Teller’s reflection on putting Beckham in an oversized carrier bag for the Marc Jacobs S/S 08 campaign. 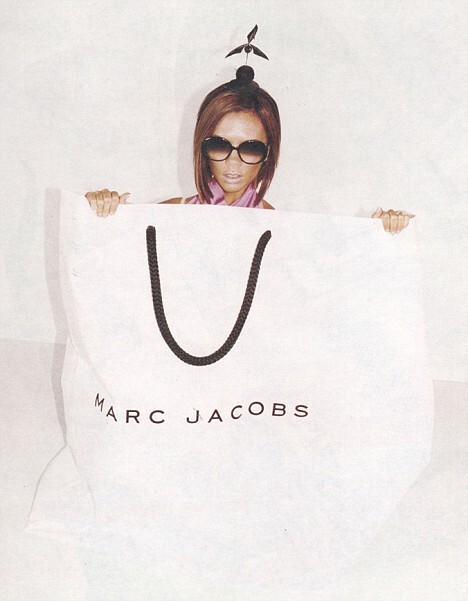 Placing the question of how genuine the portrayal of Victoria is in the mini series to one side, one thing that can be taken from the video is that  Brand Beckham, has successfully broken into  the infamously tight circle of fashion. Smashing through the satin snobbery, of the notoriously bitchy fashion industry is in itself  a achievement that deserves some recognition. With Fashion week looming ever closer , I shall eagerly be anticipating the next look for the brand. As it appears Victoria’s Louboutins are marching faster towards world domination.