If I were to tell you ten years ago, that my full time job consists of uploading makeup tutorials onto the internet and taking pictures with a photographer that I have on hand 24/7, you would most likely suggest that I go back to my MySpace page and not make a big deal out of it. However, the year is 2016 and blogging has been given a complete makeover. Social media platforms such as Instagram, Facebook, Youtube and Tumblr have given people an open doorway to success through what they post, giving others an easy access to it all, or as I like to call it – inspiration. Below, is a list of women who can bravely say that they have achieved greatness and international recognition from blogging.

1. Kristina Bazan – with 2.2 million followers solemnly on Instagram, Bazan brings out the big guns. Founded in 2011, she started blogging with her then boyfriend, James (who is now also part of the Kayture team) when she was still in High School in Switzerland. Her knowledge of travels comes from an early age, as she grew up in Kentucky, and followed a relocation to Switzerland in her early teen years. Kristina is a chameleon, not only a blogger she also is a stylist, recently an ambassador for L’oreal and a singer. One of her greatest achievements is becoming the first blogger to ever collaborate on a project with Cartier as well as her independent move to Los Angeles. We cannot forget that Kristina published a book in 2015 “ON THE GO” which has received a great response from her fans and critics alike. If you think her triumphs end here, you are incorrect as she has also been named 2nd most influential on Forbes 30 under 30 in art&style. Kayture has recently celebrated it’s fifth anniversary, and we are sure there are countless to come! 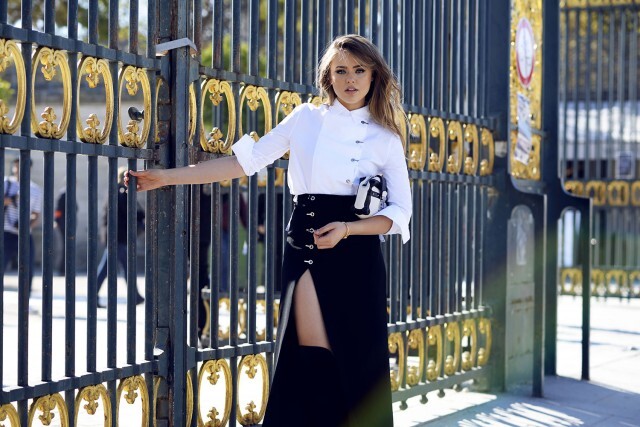 2. Aimee Song (SONGOFSTYLE) –  Californian born and raised Aimee, who says her name is pronounced similarly to “mommy” is a living ray of sunshine. The effortless and chic fashion, the laid back vibe and the delicious snippets of healthy food all give you a desire wanting to become her best friend. Aimee is also based in Los Angeles, and we can see she fits into the scene perfectly. With 3.2 million followers on Instagram and a popular YouTube channel, Aimee gives you wanting more each time a video or a photograph pops up on your feed. Rather than focusing on one aspect of the fashion world, Aimee chose to branch out and covers beauty, travel and interior design and we can see why, she’s great at all those things! An addition to her empire would be ‘two songs’, a clothing line her sister Dani and she founded. I made the mistake of looking through all the items they have to offer and now have to re-assure myself that I did in fact need all those t-shirts even though it is below zero degrees outside. Her website is as sophisticated and simple as she is, and it is very easy to navigate. 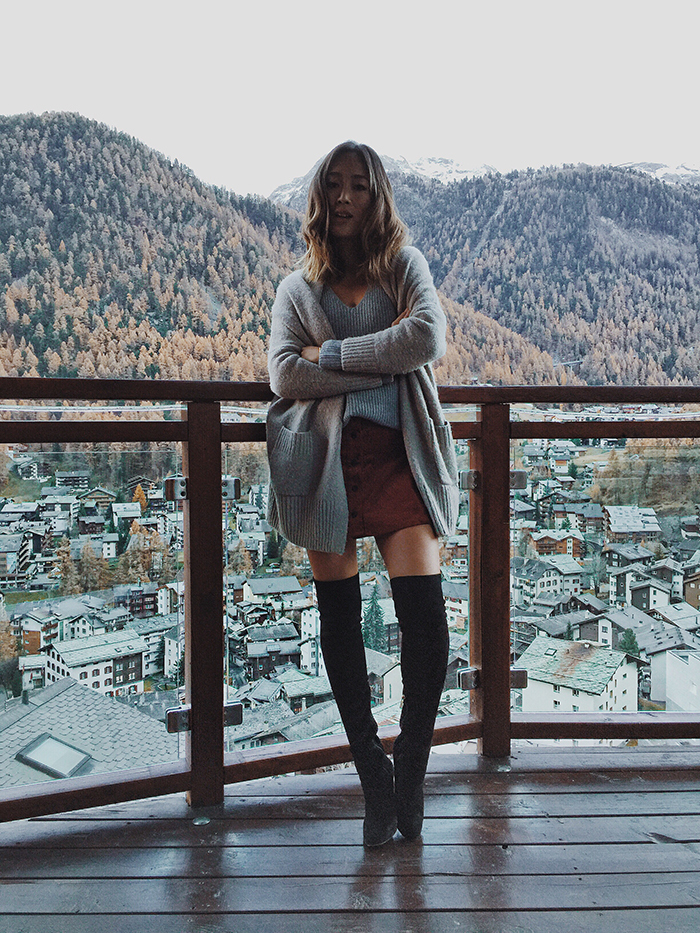 3. Dalal AlDoub – Dalal is a popular Kuwaiti fashion and make up blogger. Her Instagram seems to be like a Harrods display window – shiny, beautiful and a complete extravaganza of make up tutorials, snapshots of her daily outfits and extremely rare pieces of accessories. If you have ever heard the saying ‘Practice makes Perfect’ then you know what Dalals motivation for tutorials are. She has said in an interview that she would constantly be in front of a mirror, trying to re-create a make up tutorial she has seen on YouTube down to perfection. Dalal has surpassed perfection and is now creating her own tutorials which millions of fans are now inspired by and trying them for themselves! Dalal’s signature look is focused on eyeliner as the main focus. Therefore, as her day to day style changes, so does her eyeliner, which is what sets her apart from the rest of the beauty gurus. 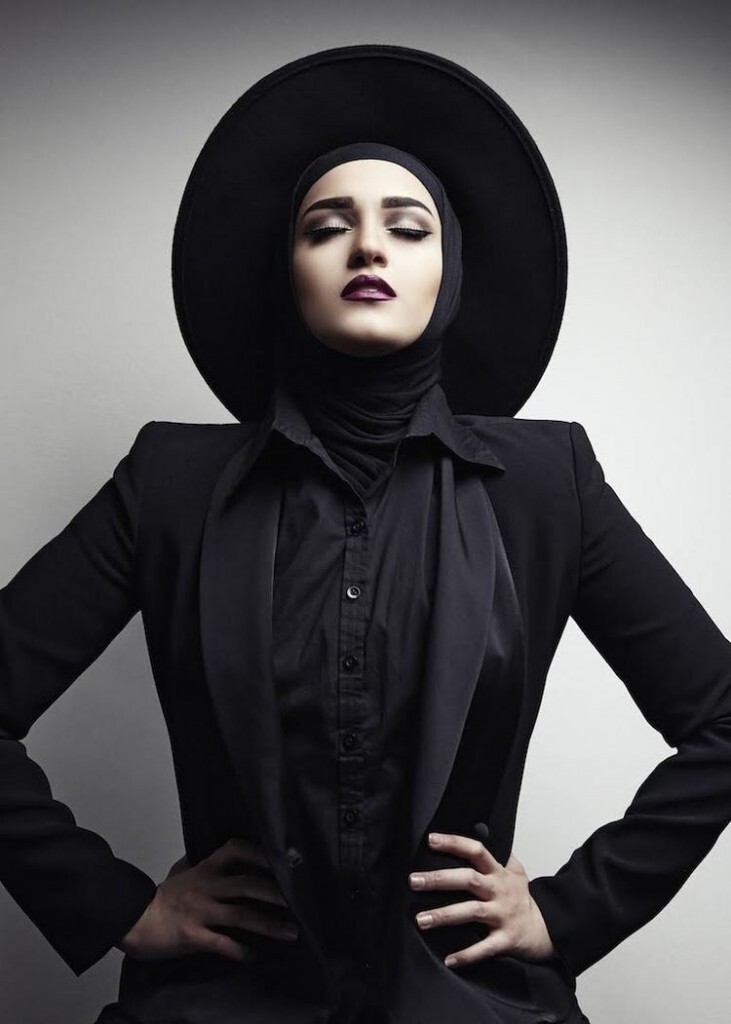 4. Ascia AKF – On her Instagram page Ascia describes herself as a hybrid, half Kuwaiti and half American. She spends her time between Los Angeles and Kuwait (although she travels beyond the horizons often) with a focus on fashion and beauty. She has recently collaborated with a brand called THOUQI, to bring affordable and innovative designs to women that suit a range of different styles and body shapes. What makes Ascia so special? The fact that she is the first fashion blogger in Kuwait with an International Envergure and is also married and has a young son, which makes her a working business woman and a complete superhero in my eyes! 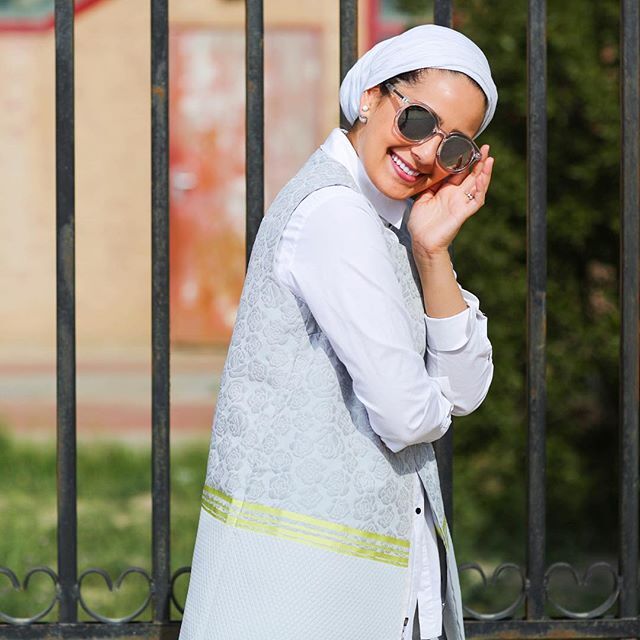 5. Jessica Kahawaty has a full resume of jobs and titles she has achieved and retains. Her very first title goes back to 2007, where she won the title of Miss Lebanon Australia, and then went on to win three other titles. She has also taken part in the Miss World pageant in 2012, and came close to winning but took 2nd place. She is described as a television host, a model and beauty queen on WikiPedia. Jessica studied a combined degree of Bachelor of Laws and Business with a major in Finance in Australia. She has been featured in major brand commercials such as Lexus and Maybelline. Charity is also an important focus for Jessica, as she often hosts her own charity events and contributes to her community as much as she can. Recently she has been working on collaborations with Louis Vuitton, this would be the third time she works on a project with the brand. Her instagram teases her followers to sandy beaches, floor-length gowns and famous landmarks around the globe. 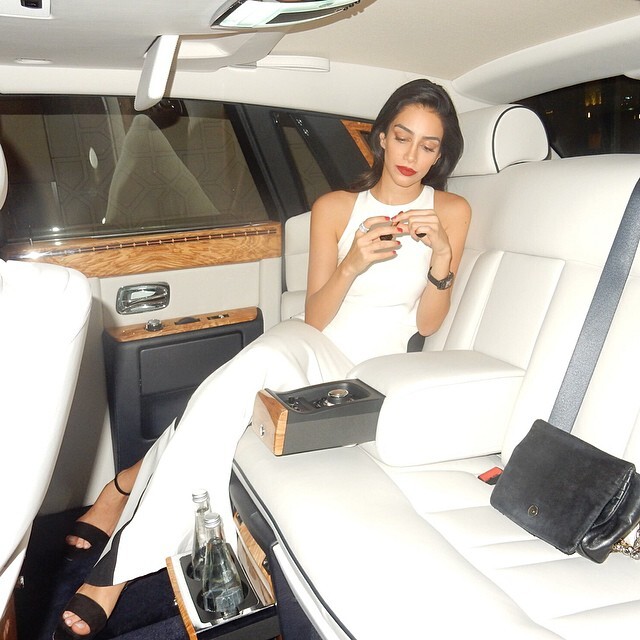 6. TheRealFouz has assembled 1 million followers on Instagram, her snapchats bless viewers with her quick make-up tutorials as well as her daily activities and delicious comfort food. You can often find her tips and tricks for silky smooth hair and guaranteed to work skin tips published in the Kuwait Times newspaper. Fouz also gives access to the local fashionistas to the trendiest stores and reviews her favourite items from designers. 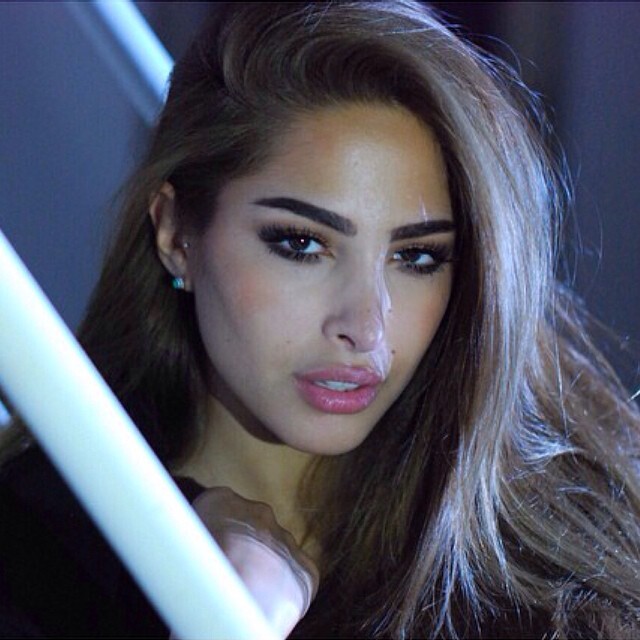 7. Chiara Ferragni – A true veteran to the blogging society, Chiara has been around for probably the longest and has quickly gained fame through collaborations and by creating her own shoe line, which is full of glitter and emoji like prints. Her style is very distinct, and her tall and slender frame sets her apart from the crowd allowing her to experiment and make anything work at the same time. TheBlondeSalad launched in 2009, whilst Chiara was studying law at Milan’s Bocconi University. Her list of collaborations with designers are impressive, ranging from Dior, Louis Vuitton, Mango to Ermenegildo Zegna (to name a few!). Vogue, teenVogue and New York Magazine all had the pleasure of having Chiara featured in their magazine, and she has accumulated an impressive amount of covers this past year. Chiara also documents her travels, and Matilda her beloved dog. Her range of hashtags #TheBlondeSaladGoesTo has quickly became a signature mark and #TheBlondeSaladNeverStops leaves her followers knowing that Chiara hasn’t quite finished yet. It was said that her shoe sales brought in an approximate of eight million in 2015. What holds in store for 2016, perhaps #TheBlondeSaladTakesOverTheWorld will finally be launched into motion… 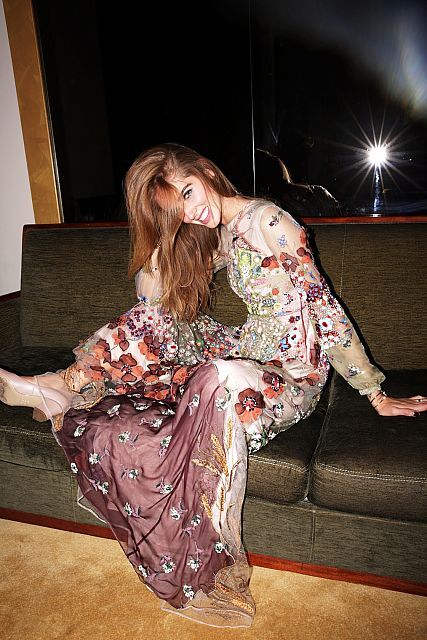 8. Sonya Esman (CLASSISINTERNAL) – Where as Chiara is a veteran to the blogging scene, Sonya is a veteran to the youtube and vlogging scene, documenting her life as early as twelve years old and uploading make up tutorials and acting tips&tricks. Sonya was born in Russia, and moved to Canada with her parents when she was a child. She lived with her mother in Toronto and has recently moved to Los Angeles this past year. Having a sense of ambition, she dropped out of school and became home schooled, successfully finishing high school a year earlier. Being a model, this has given Sonya a great opportunity to travel across the globe and achieve an understanding of responsibility, maturity and the world. Having the determination that she has, and the will to work no matter what for as long as it takes, has compensated as she is now fully independent and emerged into what she loves doing. Sonya is always present at fashion shows, front row and is dressed impeccably without losing her identity and putting a twist on whatever she’s wearing. She does not refer to her followers as fans, instead she prefers to call them her friends and this may be the reason why she has so many of them, because she treats them as equals and refuses to see herself as a ‘celebrity’. 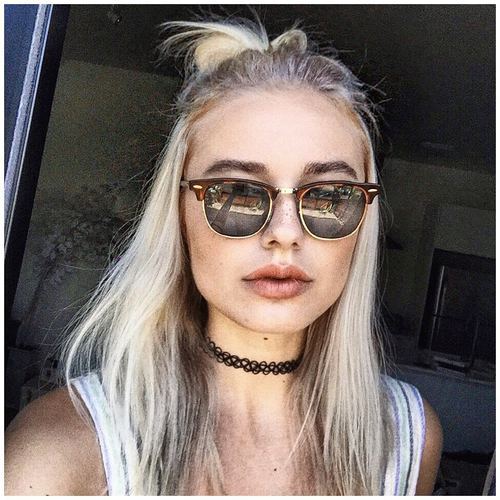 9. Negin Mirsalehi – Unlike most bloggers on this list, Negin is based in Amsterdam, she blesses Europe with her presence and suave style. She describes her website (neginmirsalehi.com) as her own personal style platform, and it is clear that she is there to inspire her followers. Negin is living her dream (her words, I swear!) as she is most passionate about fashion and she’s damn good at it! Similar to every lady on the list, Negin doesn’t focus on one particular area that she blogs about. Instead she decided to branch out and write about lifestyle, travelling, beauty and fashion. She has also recently released a hair product, which works as a multi tasker itself (Just like Negin!). It could be used to style hair, give the hair that little extra on a bad hair day and moisturise it without leaving it greasy. It is also natural, created using bees wax, which she is a pro at as her father owns a bee farm and she loves spending time there. It would be wise to stack up on the product as I have serious Negin hair envy! Negin is also married and has a little daughter, which makes me believe she is also a superhero! Her collaborations include brands such as revolve clothing, with whom she took a trip to Croatia this summer and the Hamptons, as well as Valentino. Her presence is always sensed at Fashion Week’s as no one else posses the crystal smile and breezy attitude towards fashion other than Negin. 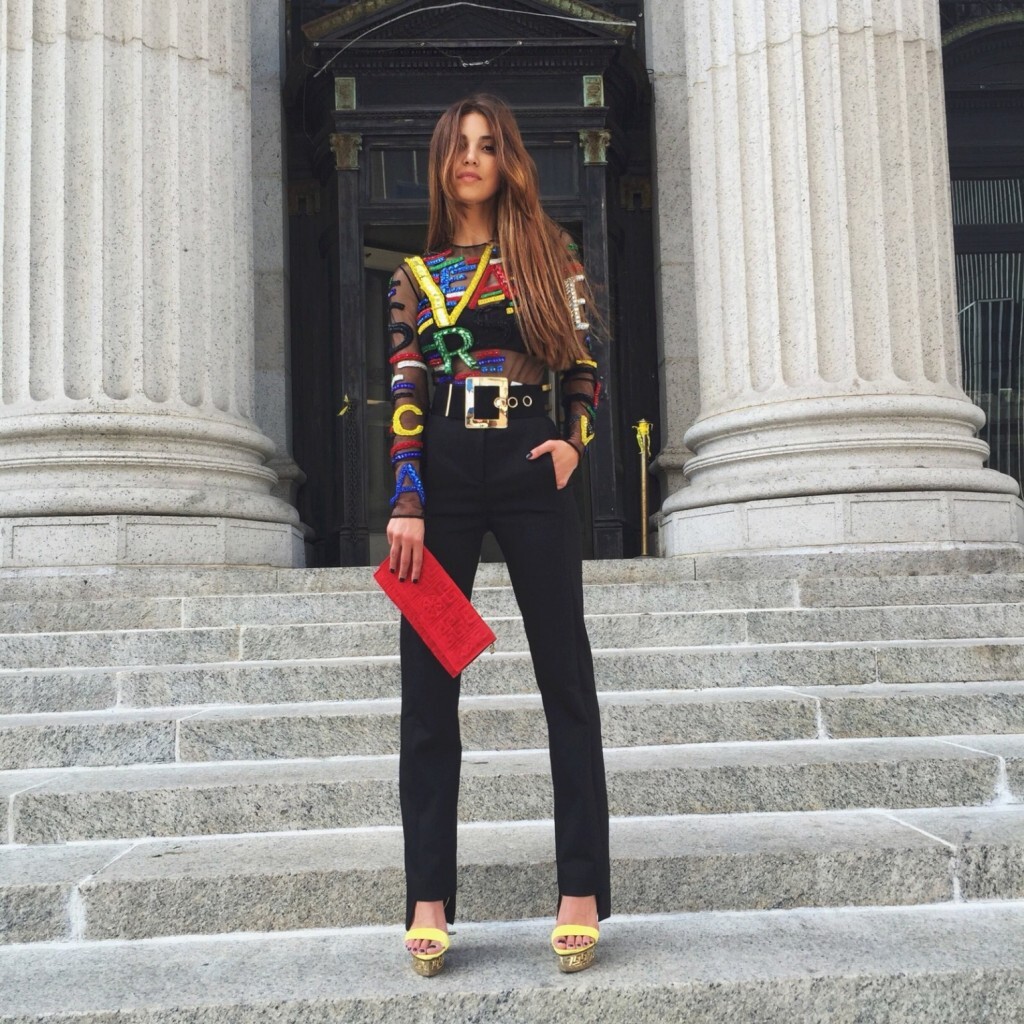 10. Huda Kattan (HUDABEAUTY) – Last but not least! With a whopping ten million (yes, you read that right, 10 million!) followers, Huda demonstrates her ability to attract any sort of follower because of the versatile diversity that she has. From make up tips and tricks, to endless tutorials from other gurus and an outfit post here and there her page becomes a novel with every category assuming the role of a character that you never want to leave. She was born in America, however she now works and resides in Dubai where she has managed to acquire the role of an influenza. 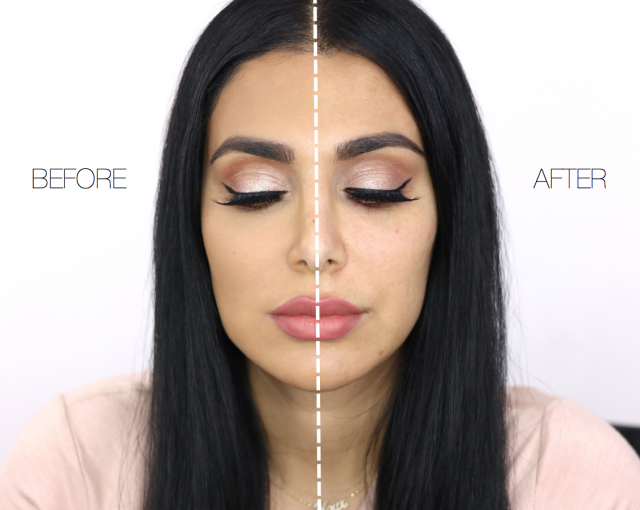